The fifth season of the Spanish hit Money Heist has been teased in epic slow-motion with a thrilling first trailer for the upcoming finale. As fans wait for the first batch of five episodes to hit Netflix in September, many have spotted a troubling moment which could spell the end for Palermo (played by Rodrigo de la Serna).

Viewers believe Palermo could be the first of many fatalities in the fifth and final season of Netflix’s international phenomenon, Money Heist.

A brand new trailer for the final ten episodes was released on Monday, teasing a violent and riveting conclusion to the team’s heist in the Bank of Spain.

In addition to confirming the September and December release dates for the two lots of five episodes coming our way, the new footage may have inadvertently confirmed the tragic fates of some of the robbers.

As the Spanish police storm the bank, it appears Palermo will get caught in the crossfire. 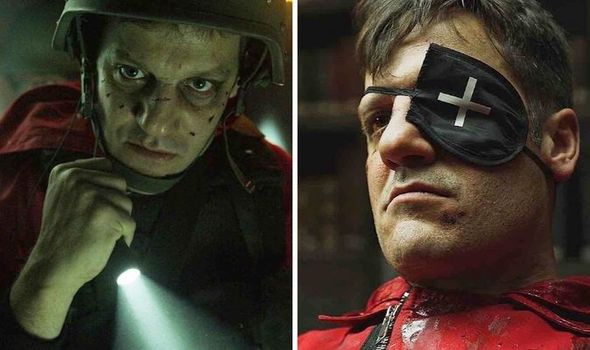 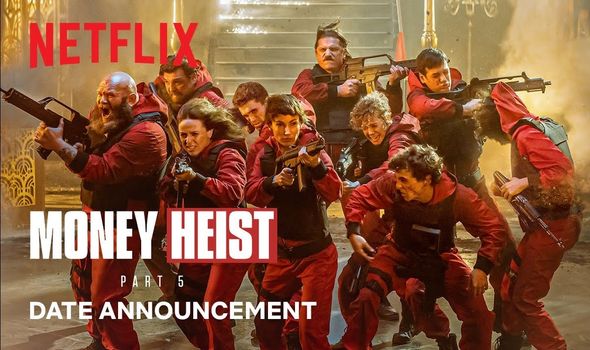 An old acquaintance of criminal mastermind The Professor (Álvaro Morte), Palermo joined the team as an engineer at the start of Money Heist’s third season.

However, he sparked friction by talking Gandía (José Manuel Poga) into freeing himself, leading to the death of Nairobi (Alba Flores).

Although Palermo has since made it back onto the crew, the first clips of season five have led some fans to speculate that he’ll be making a tragic sacrifice to ensure his teammates’ survival.

Midway through the sensational new teaser, Palermo is seen running through a corridor, pursued by heavily armed police. 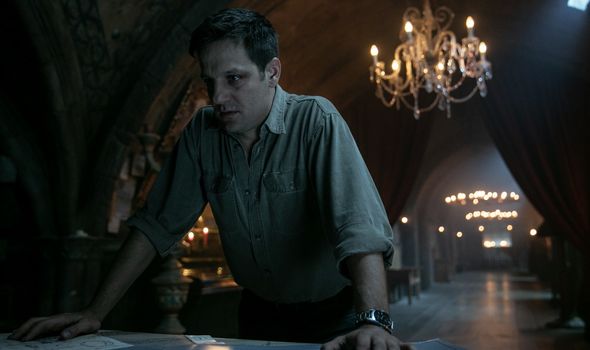 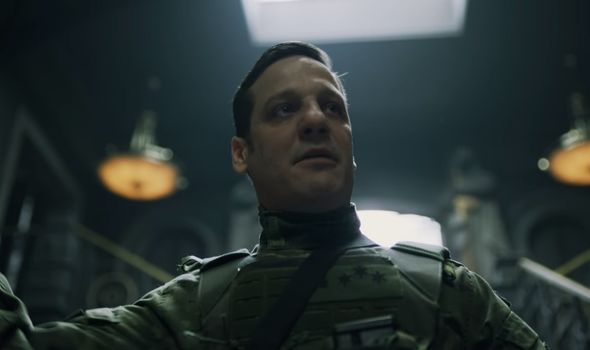 The armoured guards take shots at the fleeing robber, whilst Palermo turns around and desperately brandishes his own weapon.

After dissecting the new trailer frame-by-frame, most Money Heist fans were in agreement that the first moments of Palermo’s brutal death sequence had been revealed.

Once the footage had been released, viewers flooded message boards to post their theories for the popular crime drama’s upcoming conclusion.

On Reddit, one fan wrote: “So I guess Palermo really will sacrifice himself for the gang, or at least that’s what I’m getting from the trailer.”

Especially considering his role in Nairobi’s death and Gandía’s freedom, Palermo has the perfect opportunity to redeem himself in the eyes of fans by going out with a bang.

A second commenter said: “The part where Palermo is getting shot is so heroic yet so sad.”

To which a third replied: “He’s going to go out the way Berlin went out maybe? That would be poetic.”

A final fan added: “It doesn’t look good for them to escape at all, especially for Palermo.”

With the odds stacked against them, The Professor could lose even more members of his team as they prepare to fight their way out of the Bank of Spain.