The disappearance and murder of Sarah Everard reignited the debate over the treatment many women receive going about their daily lives. This Morning viewers called into the programme on Monday to share their personal experience with unwanted attention from men. Deidre Sanders reacted with fury at the “scary” stories she heard, saying the language used to refer to violence against women should actively be made to include the responsibility of the perpetrator.

The This Morning panellist said: “Take your feelings, take your experiences seriously.

“It was not your fault. It is always the abuser’s, the attacker’s fault.

“There was even a Tweet going around at the weekend which I so agree with which said we shouldn’t be talking about statistics as ‘two women are killed through domestic violence,’ or ‘so many women are raped’ as if it happens out of the blue.

“Men rape women, men are killing these women and they should be brought into those statistics so we really can see their responsibility.” 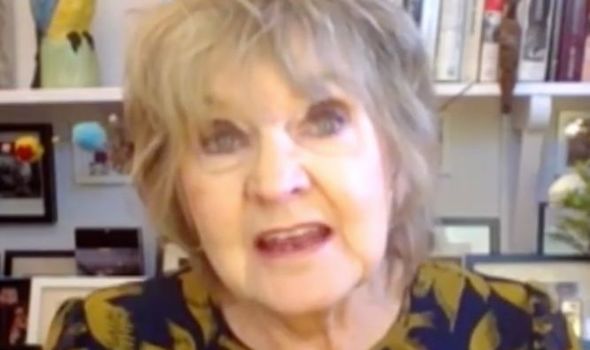 Women across Britain have shared their own ordeal with sexual harassment and have spoken openly about the fear they experience when travelling alone at night.

The movement Reclaim These Streets had hoped to organise a series of gatherings at the weekend in a bid to bring women together to pay tribute to Sarah Everard.

The candlelit vigils had to be called off due to standing anti-Covid regulations but hundreds of women still took to the streets with candles and floral tributes to the 33-year-old marketing assistant.

Clashes with the police erupted at one of the largest gatherings in Clapham Common on Saturday, which resulted in further outcry towards the Met Police over their handling of the vigil.