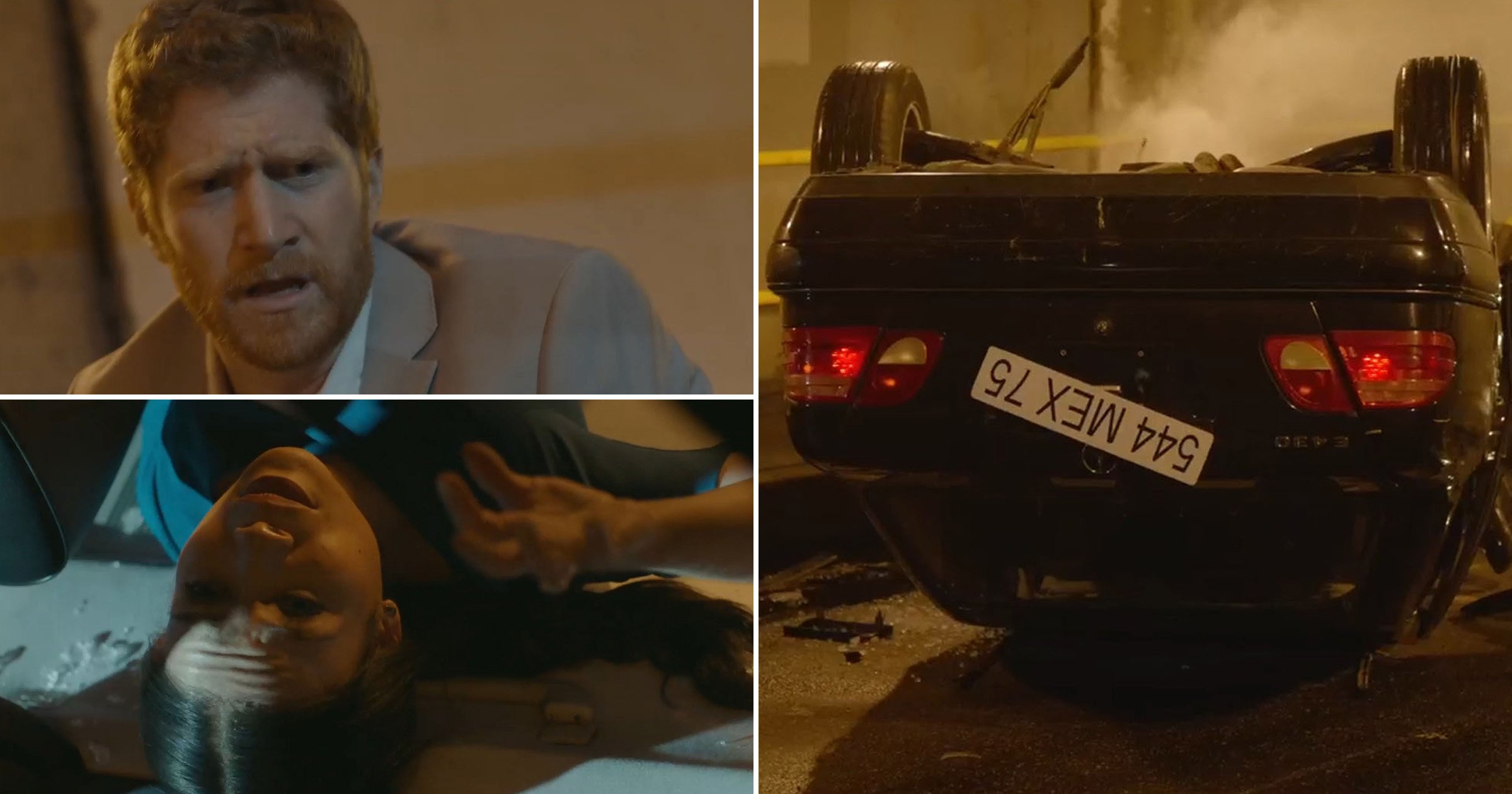 The new Lifetime movie focusing on Meghan Markle and Prince Harry has sparked outrage from fans after new pictures emerged.

Harry & Meghan: Escaping The Palace has caused controversy in the past, with Sydney Morton as the Duchess of Sussex and Jordan Dean as the Duke of Sussex in the flick.

In new stills from the film, which is being released in the US over the weekend, Sydney can be seen acting out a car crash sequence, similar to Princess Diana’s tragic death in 1997.

At one point, she lays under an overturned car, surrounded by paparazzi, as Harry rushes to open the door.

It is revealed that this is a dream sequence as they wake up in bed in the next clip, beside son Archie.

However, the images have been met with a firm backlash on social media, with many describing them as ‘tasteless’.

Reacting on Twitter, one fumed: ‘Absolutely out of order, what are they thinking, this is so low I feel sick!’

‘Tasteless and abhorrent,’ a follower commented.

An unimpressed fan added: ‘This is in bad taste. I don’t believe they can make a series like this!!’

A trailer recently dropped for the movie, showing the couple making the decision to step down as senior members of the Royal family and move to the US with their son.

Someone who probably won’t be rushing to tune in is Lorraine Kelly, who called the entire thing ‘hideous’.

’Oh god love them. That looks hideous,’ she said bluntly on an episode of Lorraine this week.

‘As if their life’s not insane enough, they’ve got that! What a blinking shame.’