It’s always tricky bringing superheroes to the big screen. After all, what works on the comic book page might look ridiculous in live action. That’s a line Marvel Studios has expertly towed throughout the Marvel Cinematic Universe. But when deciding on Captain Marvel’s (Brie Larson) costume, Marvel had some decisions ahead and a promise to make to its star. 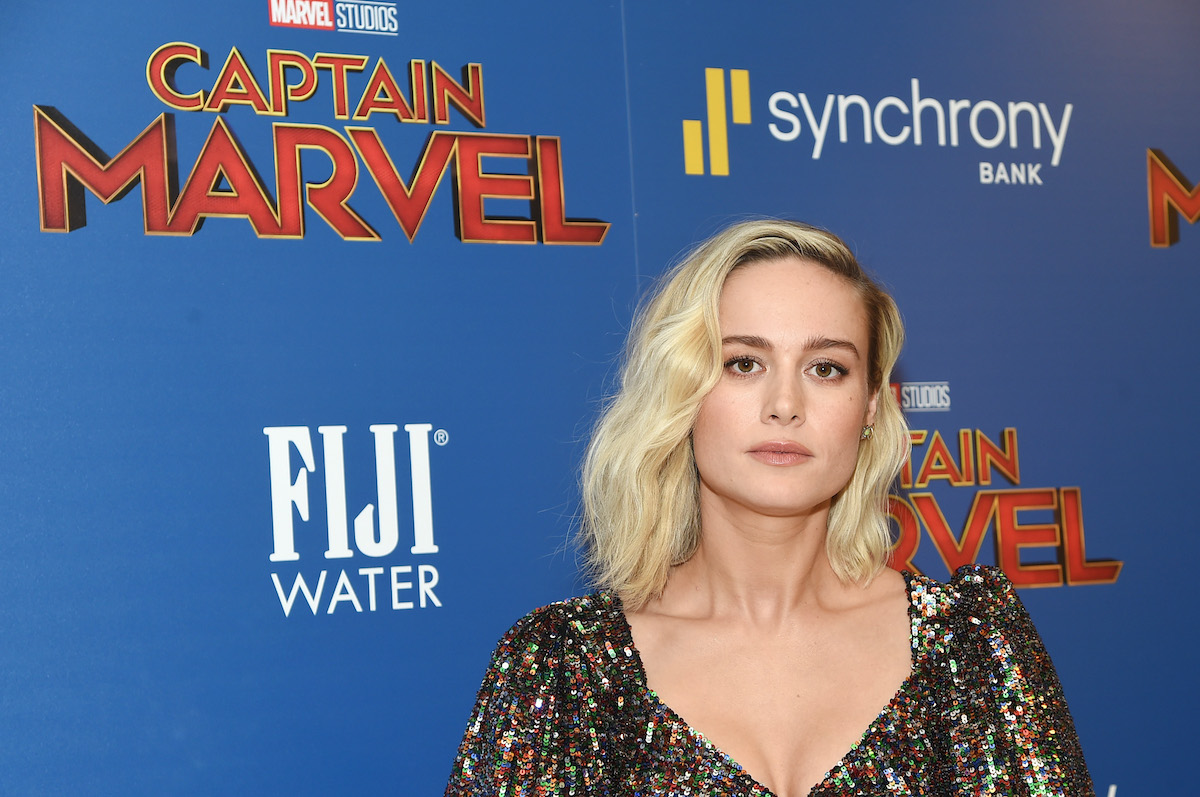 Who is the strongest Avenger? Captain Marvel, Brie Larson claims

Since her MCU debut in 2019, Larson’s Captain Marvel has been regularly brought up as a contender for the most powerful Avenger. The fan-favorite discussion about which superhero is really the strongest often centers on heroes such as Thor (Chris Hemsworth) and Scarlet Witch (Elizabeth Olsen). But Larson believes she knows the answer.

The Oscar-winning actor recently revealed she thinks her character, Carol Danvers, stands as the “strongest Avenger.” And Larson offers a compelling reason, pointing out how Thanos (Josh Brolin) cheated during the brief showdown between the Mad Titan and Captain Marvel. In any case, a hero as powerful as the one Larson plays needs the perfect costume, right?

In the comics, Captain Marvel has had several identities. Carol Danvers didn’t even take on the moniker until 2012. Prior to that, Carol Danvers — who debuted in 1968 — had gone through many iterations. So upon an early meeting with Larson, Marvel Studios head Kevin Feige had to reassure the actor how Carol would be represented on screen, he told The Hollywood Reporter.

“If you look at the comics, the further you go back, the less clothes Carol Danvers seems to be wearing. Oftentimes it’s a one-piece bathing suit basically, with outrageous comic proportions. … Brie pointed it out on the wall, and we went, ‘Yeah … just so you know, that’s not what we’re doing.’ She goes, ‘Okay. I didn’t think so, but I’m glad you said that.’”

Larson has, of course, been very vocal about how she feels about representation, particularly that of women. Her outspoken stance has seemingly been a factor in the negative response from some fans about her performance and Captain Marvel as a whole. Still, it’s good Feige sorted out the question of Larson’s costume in the movie early on.

Teyonah Parris and other have joined the ‘Captain Marvel’ cast

Considering the $1.1 billion worldwide gross of Captain Marvel, it’s clear Feige and his team made the right call. Carol Danvers soon reappeared in Avengers: Endgame in a small but pivotal role, uniting with the other MCU heroes to defeat Thanos. And fans eager for more of Larson’s superhero will be happy to hear Captain Marvel 2 is already in the works.

Although details are scarce, Marvel has announced Teyonah Parris will reprise her WandaVision role as Monica Rambeau in the sequel. Likewise, Iman Vellani — star of the upcoming Disney+ series Ms. Marvel — has joined the cast too. As for Larson, she’s getting herself in the right physical and emotional shape to suit up as the superhero very soon.