Martin Roberts appeared on a recent episode of Homes Under the Hammer to look at a property in Wales. While the inside needed some construction work to fix damp, and mainly cosmetic work to spruce it up, the outside posed all sorts of problems. While it was a bargain, just £35,000 was the guide price when it went to auction, the presenter explained the heavy costs the new owners could endure should they decide to rebuild the retainer wall outside.

“I’m off to the Rhondda Valley in South Wales, an area whose heart and soul was dominated by the coal mining industry for generations,” Martin said.

“The property I’m heading to is in the village of Tylorstown, founded but 19th-century geologist and colliery owner Albert Tylor.

“So, a pretty low guide price. What do you get for your money?”

Heading inside, he added: “It’s nice to see that somebody’s already done what I often recommend, which is making things open-plan. 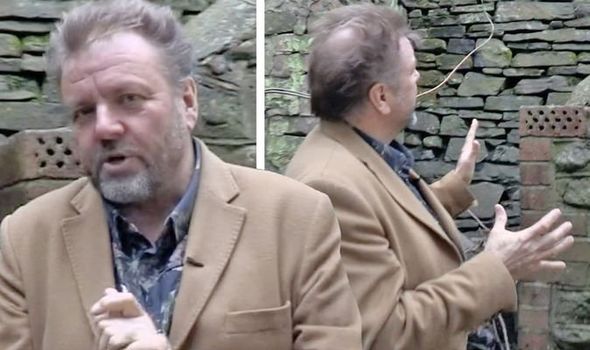 “They’re what I imagine were two rooms that have been knocked into one to create this really nice, big open space.

“But straight away, I’ve seen come very nasty signs – oh my word that wall is actually very, very wet,” he remarked. “That wall has obviously got a problem.

“I did notice there was a fairly big bank at the side of [the house], I wonder if there’s a bit of water coming in from that. You’re going to have to get that sorted out.

“But in terms of the space, it’s pretty good.”

Walking over to the kitchen area, Martin continued: “Hasn’t quite worked, right?

“This should be breakfast bar but obviously they got halfway in terms of knowing it round because they couldn’t be bothered to move the radiator, where I imagine it was when this was a wall all the way up, perhaps.

“So, a bit of re-sorting out with the radiator. Put a breakfast bar in here, I think that would be really nice. 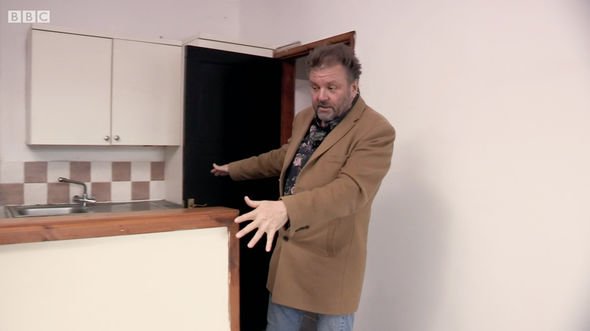 “At the corner here, you’ve got a loo, and in fact, the bathroom of the property. It’s not ideal obviously, but something which you kind of just have to accept.”

As for what was on the first floor, Martin added: “Up the stairs, framed by a rather wobbly looking bannister are the three bedrooms, all of which are a good size.

“But the real feature here is that lovely view of the Welsh valleys beyond.”

Viewers then saw him exit the back door: “Out of the rear of the property, a small little courtyard area.

“But strangely enough, probably, what I think is the biggest issue when it comes to this house and sometimes it is the simplest of things which cause the most problems.

“Look at this, this is a retaining wall,” he said pointing behind him. “Now, a lot of the houses in the valleys of Wales, not surprisingly, are built are on the side of those valleys.

“And in order to do so, what they had to do was dig out lots of land and then build a wall to retain the rest of the hillside.

“I mean, it is an amazing construction, but can you imagine the weight of soil and Welsh hillside that that is holding back. It is scary beyond belief. Now as long as it’s [condition is] okay, it’s fine.

“But if you think about, even for a second, rebuilding that to building regulations kind of standards something that would hold back that amount of soil, you would be looking, I’m not joking, at tens of thousands of pounds. You could blow £25,000 rebuilding that.

“So either you just hope it’s okay…or you touch it and potentially open Pandora’s box.” 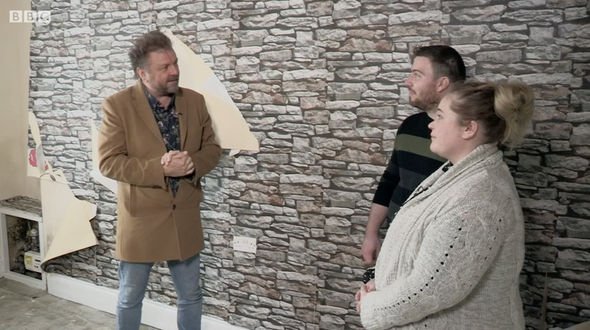 As for who did buy the property, the bidding started at £30,000 and crept up slowly as it was the first lot of the day.

It was sold for £46,000 to Simon and Rebecca, and this would be their first-ever property venture.

They told Martin they were “drawn to the area due to the price of the properties”.

When he asked whether they were happy with what they paid, the couple admitted they “went a little bit over” budget.

Eventually, the couple planned to live in the area when they had enough income from the properties in their rental portfolio.

Homes Under the Hammer airs weekdays at 10am on BBC One.