Gabriella Piazza stars as Joanne Moltisanti in ‘The Many Saints of Newark.’ She spoke EXCLUSIVELY with HL about being inspired by Edie Falco and what Joanne would think of Dickie’s secret life.

The Many Saints of Newark pulls back the curtain on Tony Soprano’s past, including Dickie Moltisanti. The movie explores the complicated man who helped shape Tony. Dickie’s wife, Joanne Moltisanti, eventually gives birth to Christopher, who is played by Michael Imperioli in The Sopranos.

HollywoodLife spoke EXCLUSIVELY with the woman behind Joanne Moltisanti, actress Gabriella Piazza. She revealed what it was like nearly creating a character from “scratch” and how her performance was influenced by Edie Falco’s Carmela Soprano. She also explained why she thinks Joanne would have ultimately forgiven Dickie for his mistakes. Read our Q&A below: 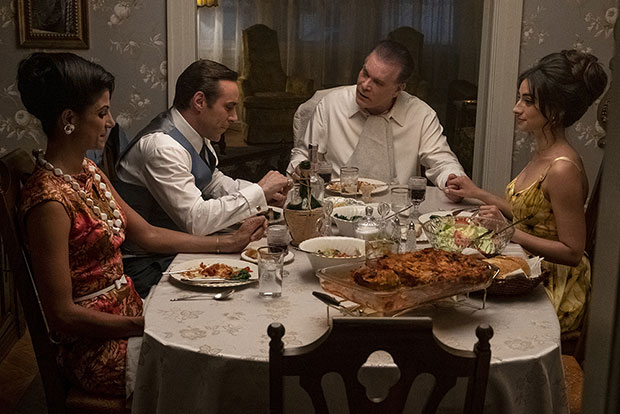 I do know that you’re from New York, but did you watch The Sopranos? How much did you know about how big this show was?
Gabriella Piazza: It’s funny. I did grow up in New York, so I’m a real New Yorker, but my dad was an FBI agent, so we were never as kids allowed to watch any gangster movies or anything because he had his specific feelings about how the mafia was represented in television. But right before I got the audition in 2019, I just was like, “I need to watch the show everybody’s talking about.” So I finished the first season and then I just got the audition right after that which is pretty incredible.

You play Joanne Moltisanti, Dickie’s wife and the mother of Christopher. Each character in this is rich and has big history that we know of, so what was it about Joanne that you really loved?
Gabriella Piazza: Well, I think I sort of lucked out with Joanne because she’s seen in the show a few times and we only know what Christopher says about her, and his lovely comments about his mother. That was such a gift as an actor. I didn’t have necessarily the weight that my co-stars had to fill the shoes of these really important characters that are wedged in the minds of big Sopranos fans. I got to sort of create Joanne and that is such a rare opportunity, especially coming into this career a little later in life. You never really get an opportunity to sort of create a character from scratch in your third role out of the gate. I just love that I have that opportunity with this blank canvas of Joanne Moltisanti.

Over the course of the film, Dickie does a lot of not-so-great things. He’s not exactly faithful. We see how it ends for him which is very tragic. We don’t get to really see too much of Joanne’s reaction to everything. How do you think she would have handled all of the things her husband was doing?
Gabriella Piazza: That’s such a wonderful question. Thank you for asking that. I’ve been asked that a few times by critics as well. Where is that fight? Where is that point of contention with Joanne and her husband. I think it leaves room for maybe a sequel to the prequel. When you watch The Sopranos and you look at what Edie Falco does, she knows what’s going on. She knows he’s got mistresses, and it’s sort of just the culture, as sad as that is. You’re in the world, you’re immersed in it, but you have to put on this face and be okay. A lot of the scenes that I got to be in, especially sitting at dinner at that first meeting, I can feel the palpable attraction, which is why I made that joke. It’s sort of passive-aggressive. Like, you jerk. She’ll be your stepmother. I try to find some things in there. I think Joanne just has to grin and bear it, and I pulled a lot of that like internal angst from what Edie does in the show. Behind closed doors, she’s pissed and brings it up, but forward-facing she’s the nicest woman in the world, and everything’s great and fine.

What was it like working with Alessandro Nivola? You cannot turn away from him when he is on screen. He really tackled this mythical character with such ease…
Gabriella Piazza: You hit the nail on the head. Alessandro is not only an incredible actor, he’s an incredible person and takes time with everyone he’s in scenes with to learn, not just about their character, but about them. It opens up this comfortability on set to take risks and to be open and to work with him. He is just this beacon for us in this movie, and I’m just so happy for him. He killed it. He’s just incredible. He stepped up and knocked it out of the park and working with him as closely as I did was such a blessing and a gift. It was like watching a masterclass of acting. I learned so much from him. From his patience to his empathy on set and just feeling that on his shoulders and coming out like a soldier like he did every single day, it was just incredible. I’m so happy for him and his performance speaks to that. 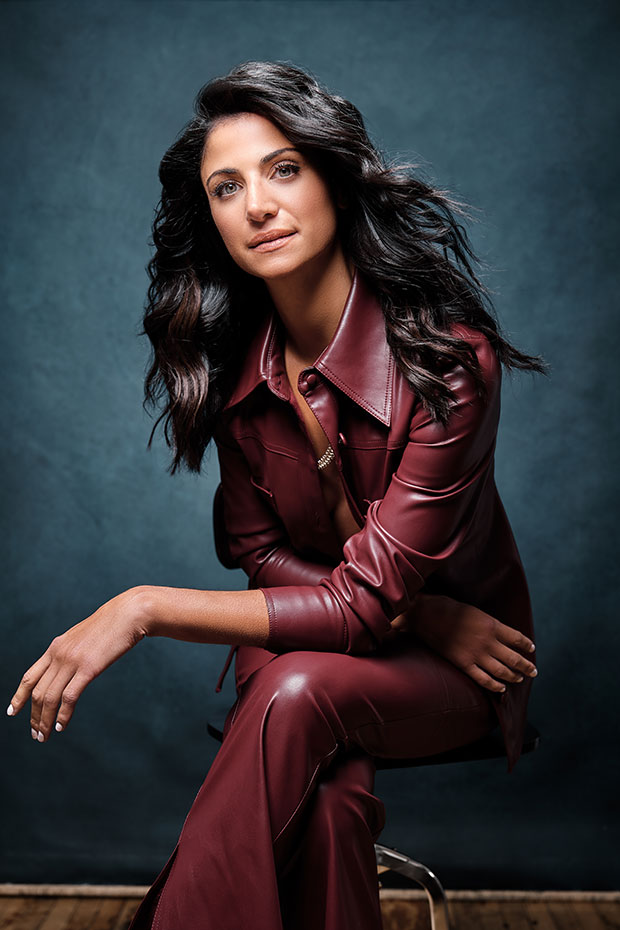 If there had been an opportunity to see a conversation between Joanne and Dickie about everything, do you think she would have forgiven him or would have she washed her hands of him?
Gabriella Piazza: You know, that’s a good question. I would say that there would be a sense of forgiveness. You have no other choice. There’s a baby now. It’s the ’60s and ’70s. What do you do? You can’t really do anything. It’s just forgiveness and moving on or just nodding to it. It’s like, “I know what’s going on. Dinner’s at 7.”

Michael Gandolfini plays the younger version of his father’s beloved character. What was it like seeing him play the role of Tony Soprano, the role his father created?
Gabriella Piazza: There are not enough words that I can put together to express how brilliant that person is. Michael is just one of the most incredible people I’ve ever met in my entire life. He’s become such a dear friend of mine. From day one, he introduced himself to me, little me, right at the table read and made every single one of us feel special and like a family. They say that James Gandolfini on the set of The Sopranos really wore that dad hat. He was the latest on set to help everybody load out. He knew everybody’s name, and Michael filled those shoes to the thousandth percent. Whether or not he knew what he was doing for that reason, I don’t even think it was like, this is what my dad did. It’s just his bones and in his heart to be such an incredible person. Him stepping into the shoes of his dad’s role and watching that made us all on set want to knock it out of the park with him and just give it our all. To watch him do that, that’s a lot. That’s heavy. That’s a big deal. If he was able to do it, we all could do it. I just wish the best for him in every aspect of his life and career because he just deserves it. He’s an awesome person and he did what a lot of people would be too afraid to do. 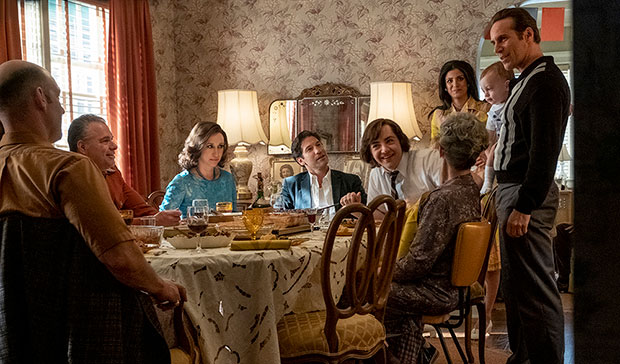 Obviously, the end leaves it open for more. Would you be down to do a sequel, whether it be movie television? I feel like we’ve got to see Joanne raise Christopher a little bit…
Gabriella Piazza: Yeah or ruin Christopher. I would be honored to play and bring Joanne back and show that relationship with Christopher. Any opportunity to work with David Chase’s writing would be a blessing because he’s the best. He’s the greatest of all time, and I would love it. I’m rooting for it. I know a bunch of us on the cast are rooting for it and I hope it happens.