Say what you want about The Masked Singer, the but show is popular enough to have spawned another season here in the U.S. and a version in the U.K. While it’s received mixed reviews, those who love it can’t help but invest in the guessing game format while nailing the pros and learning that certain celebrities can actually sing.

FOX (the network, not Wayne Brady) is going to keep riding the wave with the series and now wants to give viewers another gift with a spinoff. 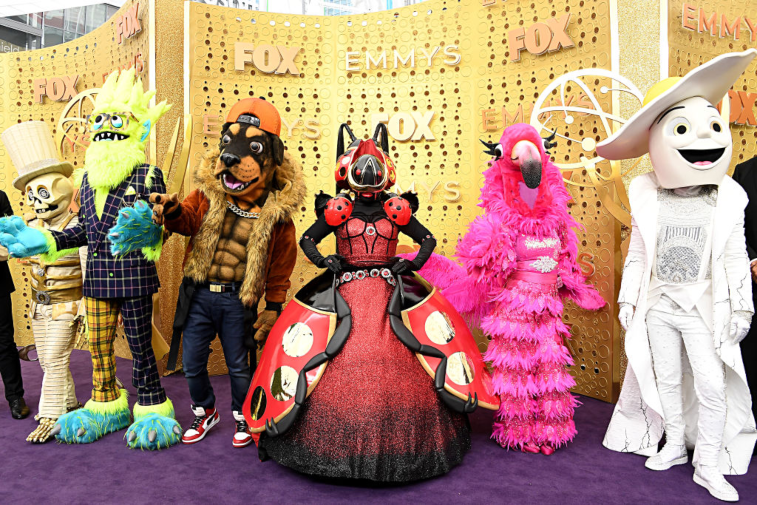 Say hello to ‘The Masked Dancer’

FOX just unveiled its plans to launch the spinoff, The Masked Dancer, with Ellen DeGeneres as one of its producers. Network executives loved the idea after seeing a game segment on DeGeneres’ talk show that spun The Masked Singer into a masked dancer. How about that for a pitch?

According to a pressrelease from FOX, the new show will still feature celebrities:

“In this all-new format, celebrity contestants will perform unique dances, while covered from head-to-toe in elaborate costumes and face masks, leaving audiences to guess their identities. A nod to THE MASKED SINGER, the guessing game was introduced on The Ellen Show, with celebrities such as Howie Mandel, Sean Hayes, Derek Hough and THE MASKED SINGER’s own panelist, Ken Jeong.”

DeGeneres is set to co-executive produce the new series along with Warner Bros.

‘The Masked Singer’ is having its own moment

With its debut episode in January 2019, The Masked Singerclocked in with high ratings at 9.37 million, according to The Associated Press.While the ratings for season two were up and down, it’s become a pop cultureguilty pleasure here in the U.S. The crazy costumes, wild guesses, and interestingperformances all contribute to its curious and loyal fan base.

The show was renewed for a third season early on, and it’s gearing up to drop right after the Super Bowl on Feb. 2. This time around, The Masked Singer snagged Jamie Foxx to be a celebrity guest judge for the season premiere and it’s been revealed that other famous folks will make appearances on the panel too.

Though the series originated in Korea, it’s now a global success that is extending to viewers all over. Catch up on YouTube if you’re interested!

What else is known about ‘The Masked Dancer’?

No release date has been given yet for the new show, but behindthe scenes, DeGeneres and FOX are excited about it and filming is said to beginin the spring. Fans are already worried about how easy or difficult it will beto guess the celebrity on The Masked Dancer with limited clues. Discussionsare happening on social media about the premise, but many want to give it achance because DeGeneres is involved.

Per Variety, FOX boss Rob Wade said voices will still a play a role in the structure of the new show, stating they’re going to “play around with toning down the modulation of the voices so you can hear a little bit more of the intonation.”

Additionally, the dances can be set up in myriad ways:

“It doesn’t have to be a solo dance. It could be a group dance or dances with another person who doesn’t have a mask on, so you can have partners as well, which would give you the ability to have a variety of different dances. I think it’s a question of how you can get the clues out.”

FOX hopes tokeep this franchise going for a few years, so be ready for a masked programmingexplosion.