Loki’s Sophia Di Martino (Sylvie) broke out with the hit Disney+ Marvel Cinematic Universe series. Her powerful character captivated audiences immediately, beginning with her Loki-esque costume. Beyond what viewers could see, however, Di Martino liked her outfit for a very different reason.

Loki follows the titular character, played by Tom Hiddleston. But after the Time Variance Authority captures him, he learns that he’s not the only Loki out there. He’s recruited to help track down the Variant, a Loki from another timeline who isn’t exactly a fan of the Time Keepers and their methods.

Di Martino first appears as the Variant in Loki Episode 2. She quickly clarifies she goes by Sylvie, a nod to the Marvel comics character the Enchantress. As Sylvie and Loki get to know one another, he learns that the TVA isn’t exactly what it says it is. And the two mischief-makers realize how much they have in common.

Her costume was designed especially for her

When Sylvie showed up on screen at the end of Loki Episode 2, it was a big reveal. Fans immediately noticed her costume, which pays tribute to her as “a Loki” while also being unique to her character. And it was even more remarkable that audiences could see from the outside.

“It’s not easy being a working Mama,” Di Martino tweeted. “Genius #christinewada designed Sylvie’s costume & added concealed zippers so I could pump easily & nurse my baby between takes. Little (big) things like this that made it possible for me to do my job & be a parent. I’m forever grateful,” she finished.

When did Di Martino have a baby?

Di Martino remains relatively private off-screen. But this isn’t the first time she’s mentioned her offspring. She was offered the part of Sylvie while still pregnant in late 2019 and began preparing for the role just a few months after giving birth, as she explained in another social media post.

“#tbt Feb 2020 in the @marvelstudios stunt gym,” she wrote on Instagram. “The very beginning of my @officialloki journey and 4 months postpartum! Hopeful, naive, and VERY unfit! The incredible @sarah__irwin and the rest of the amazing stunt team had quite a job on their hands getting me into shape!”

The part of Sylvie’s costume Di Martino didn’t like 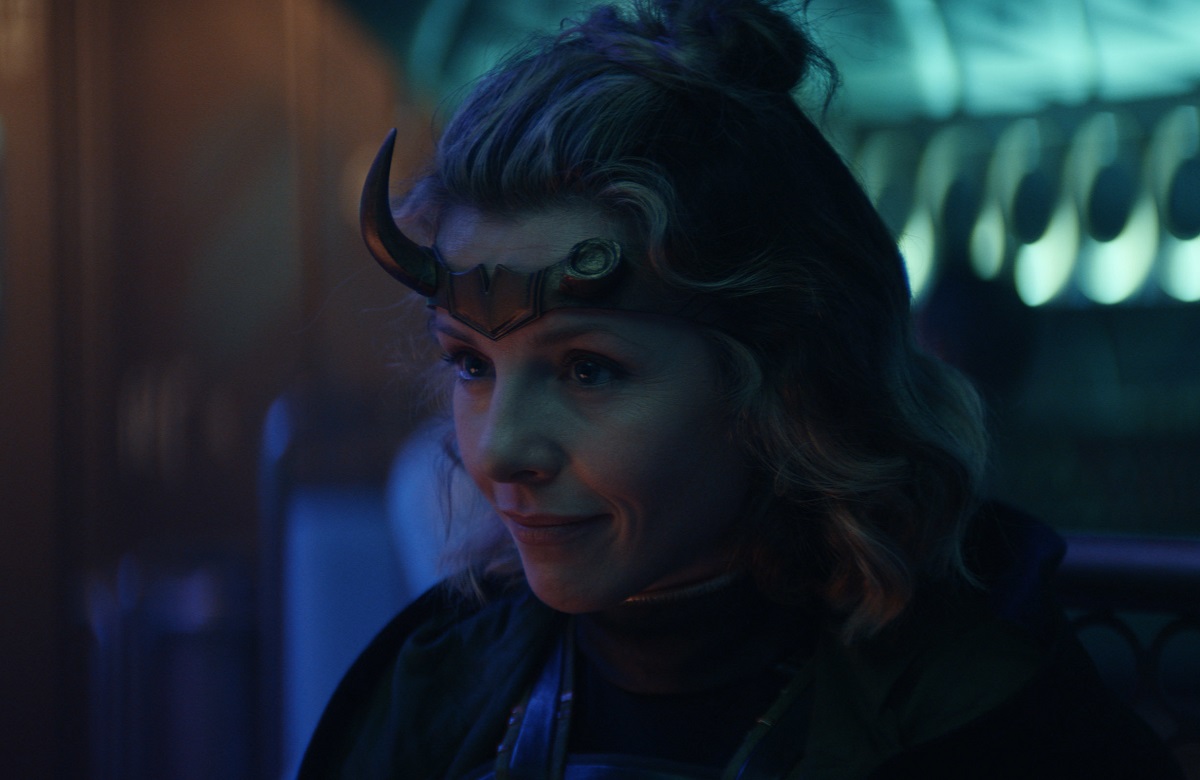 Despite loving her nursing-friendly getup, Di Martino wasn’t as happy with another aspect of Sylvie’s look. When she first appears, Sylvie is wearing a headpiece with horns that resembles what Loki wore in previous films. But when asked about it, the actor revealed she wasn’t as into it as audiences were.

“I’m going to be honest: It was actually really uncomfortable at times,” she said while answering fan questions via her Instagram Stories in June 2021. “By the end of the day, sometimes I’d have a little bit of a headache. So I was quite happy to get rid [of it].”