If you’re scrolling on the ‘gram and come across of pic of Sebastian Stan and Lily James in character for Pam & Tommy, you probs wouldn’t recognize them. Yep, that’s how much Sebastian and Lily look like exes Pamela Anderson and Tommy Lee Jones in the new photos released from the biopic. 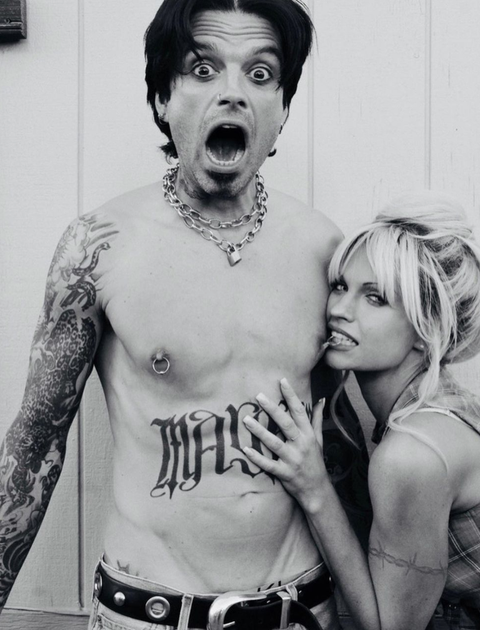 Sebastian and Lily will star in Hulu’s upcoming limited series. The show released pics on their Instagram account of Pam biting Tommy’s nipple ring while he screams (casual). There’s also a shot of Sebastian with tattooos on his chest.

Oh yeah, and here’s Lily looking EXACTLY like Pamela Anderson. The hair! The makeup! The outfit!

According to Variety, the comedic series focuses on the true story behind the release of the first-ever viral video in history: Pamela and Tommy Lee’s sex tape. Damn, the first ever? How retro.

Pamela described the infamous tape as “not a sex tape,” but “a compilation of vacations that we were naked on” on Watch What Happens Live in 2015.

Can’t argue with that!

Want more deets on your favorite shows? Yeah. We know you do. You can find all of our TV here.