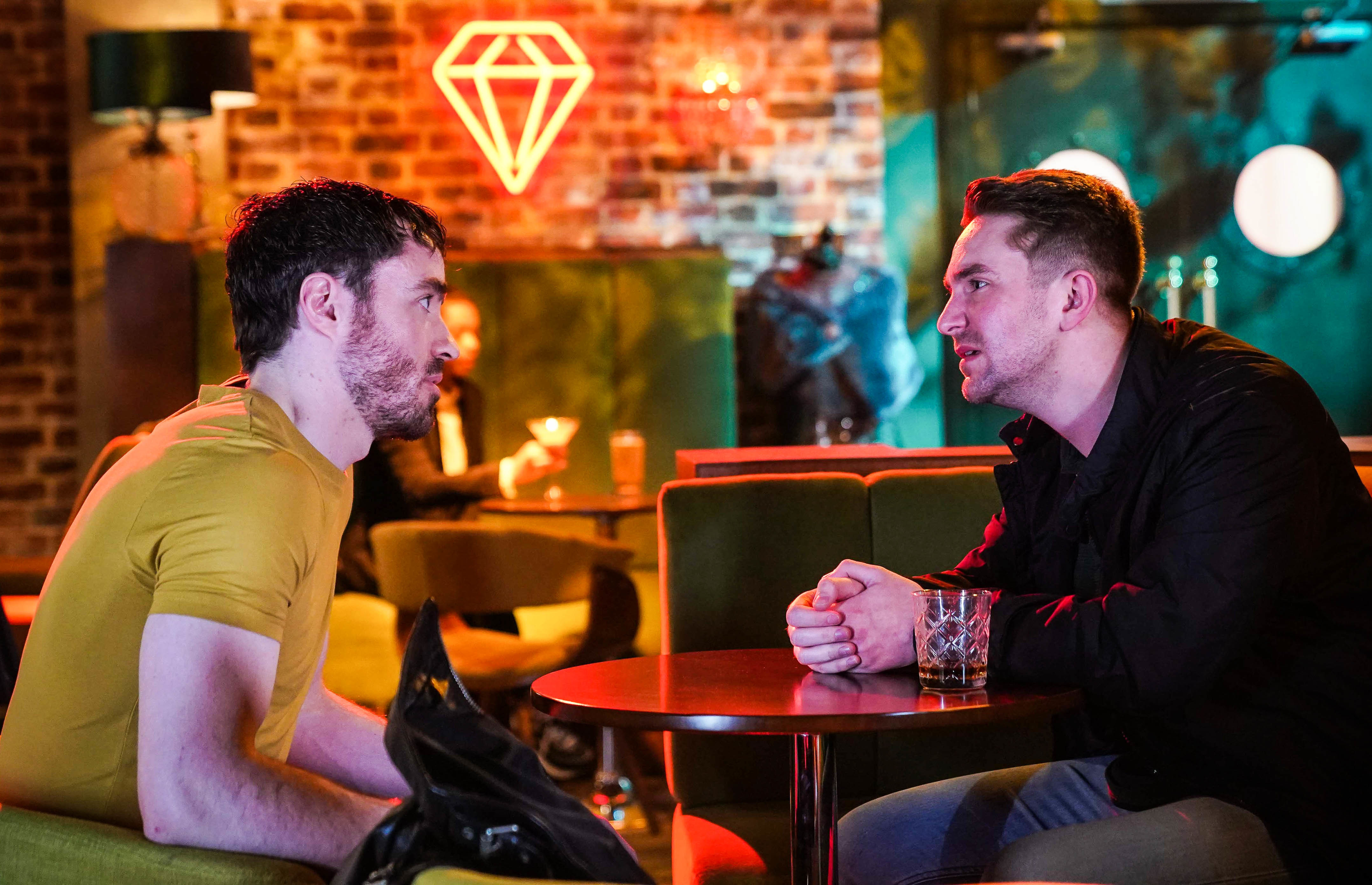 Newcomer Lewis (Aidan O’Callaghan) reveals his evil side for the first time in upcoming EastEnders episodes ahead of the storyline that will see him rape Ben Mitchell (Max Bowden).

Following Lewis and Ben sharing a kiss, Callum (Tony Clay) is struggling in the aftermath and despite his husband insisting the kiss meant nothing, Callum breaks up with him.

After a chat with Lewis, who tries to make Callum see sense, Ben is stunned when his partner orders him not to see Lewis and if something like that happens again – they’re over for good.

The next day, Lewis meets up with Ben and tells him Callum just needs to get over their kiss – but how will Ben respond?

These scenes are airing ahead of Ben’s sexual assault, which was recently confirmed by EastEnders.

A TV insider told The Sun: ‘It’s the first time EastEnders has covered this issue but they’ve always been at the forefront of telling these important stories.

‘As always, the show is working closely with different charities as they want to make sure it’s all handled as sensitively as possible.

‘The attack won’t be shown on-screen but viewers will be aware of it happening.’

Producers have been working closely with several charities, including SurvivorsUK, Survivors Manchester and the Male Survivors Partnership, to ensure it is covered sensitively.