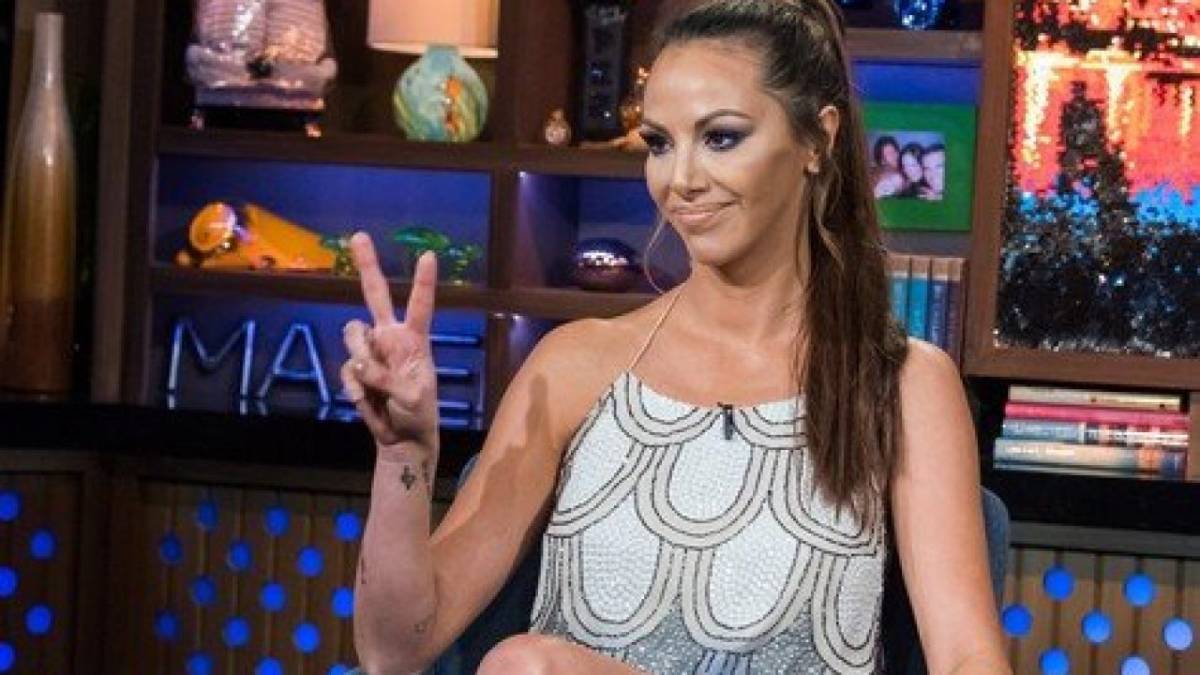 Kristen took to her Instagram story to clap back at Andy.

She posted a picture of the headline of the Us Weekly article addressing Andy’s take on Pump Rules without her and Stassi.

Kristen signals that she has a lengthy come back to Andy’s comments as she writes, “SOO….” along with the headline.

She then dissects Andy’s comments about the show being more “real” without them in a screenshot of the next part of her story obtained by Digital Girls Club. 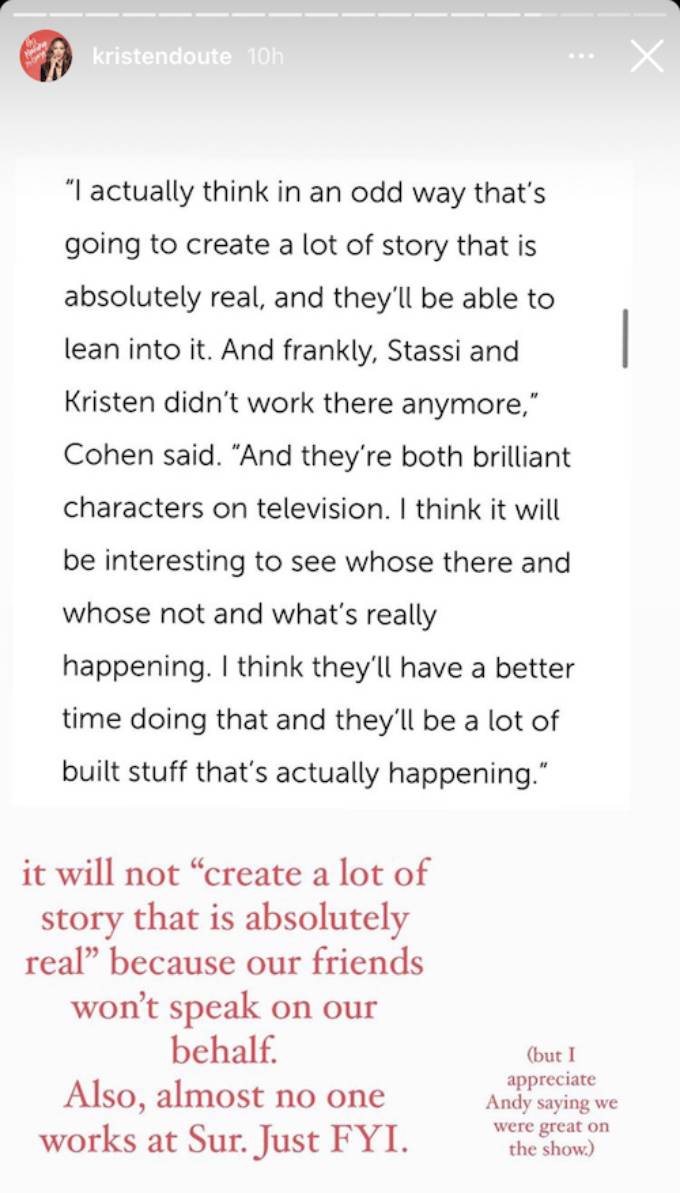 “It will not ‘create a lot of story that is absolutely real’ because our friends won’t speak on our behalf,” she writes.

She also shuts down his comments about she and Stassi no longer working at SUR.

“Also,” she continues, “almost no one works at SUR. Just FYI.”

What Andy said about Kristen and Stassi

Why Kristen Doute was fired from Vanderump Rules

Kristen and Stassi were fired from Pump Rules in June after allegations of their racist behavior surfaced.

It was learned that Kristen and Stassi turned in their fellow cast member and SUR coworker Faith Stowers to the police, who were searching for a suspect for a robbery case.

Faith had not committed the crime and accused Kristen and Stassi of racially profiling her.

Kristen and Stassi have since apologized for their actions. While the apology did not earn them their jobs back, the two have bonded and rekindled their friendship over the firing.

Vanderpump Rules is currently on hiatus on Bravo.