Less than six months before the release of the series Thor: Love and Thunder, a leaked selfie raises hopes. As Marvel Cinematic Universe fans debate the photo’s legitimacy, Tessa Thompson’s character’s title as King Valkyrie entered the conversation. What did people have to say?

Thompson appears in her new regalia in the photo, shared across social media platforms. The look reminded some of Thor’s costume and the Asgardian armor. According to The Mary Sue, the outfit marks Valkyrie’s new role as King of New Asgard.

The actor first portrayed Valkyrie, an Asgardian-warrior-turned-slave trader, in Thor: Ragnarok. She reprised the role in Avengers: Endgame, where she received her new title.

Will King Valkyrie find her queen?

In Endgame, Valkyrie picks up the slack when Thor falls short.

After the God of Thunder rejoins the Avengers and saves the universe (again), he relinquishes his title to her. “Thor, your people need a king,” she tells him as they stare off a cliff in New Asgard. “They already have one,” he replies, shaking her hand and calling her “your majesty.”

Marvel confirmed the characters’ title at San Diego Comic-Con in 2019. Thompson took the stage as King Valkyrie, giving fans a taste of what’s to come in Love and Thunder. “First of all, as king, as new king [of Asgard], she needs to find her queen,” she told the captive crowd (via CinemaBlend). “So that will be the first order of business.”

According to Thompson, Valkyrie “has some ideas” about who makes a good queen. The LGBTQ character marks a first for the MCU. While fans speculate about everyone from Brie Larson’s Captain Marvel to a new character entering the scene, the waiting game for Love and Thunder increases the anticipation. 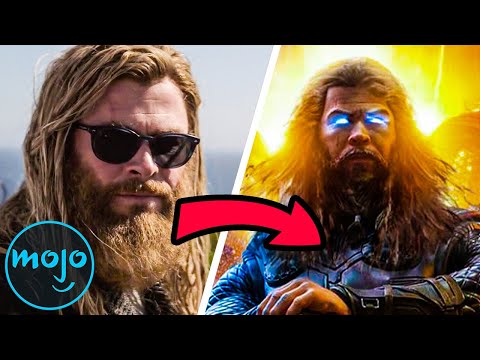 Even as audiences remain curious about what’s brewing in the Asgardian territory, Thor’s departure is worrisome. Giving the kingdom to Valkyrie and jetting off shows the hero has unfinished business with the Guardians of the Galaxy.

Writer-director Taika Waititi stays tight-lipped about the film’s contents, from possible guest appearances to plot details. But from all of the rumors floating around, the MCU project looks like another hit for the Disney-owned brand. Natalie Portman returns as Jane Foster in a story that involves the scientist becoming Thor, based on the Mighty Thor comic book run.

Thompson leaked some more information. Back in March 2020, she told ET about the film’s antagonist. “Christian Bale is going to play our villain, which is going to be fantastic,” she clarified. The star added that “some familiar faces” return, as well as “some new people coming into the mix.”

Ragnarok has made over $850 million since it debuted in November 2017. Meanwhile, Love and Thunder premieres in June 2022.