KATIE Price gets stuck in to cleaning out her old mucky mansion alongside boyfriend Carl Woods.

The mum-of-five was pictured outside the Sussex abode today with a moving truck. 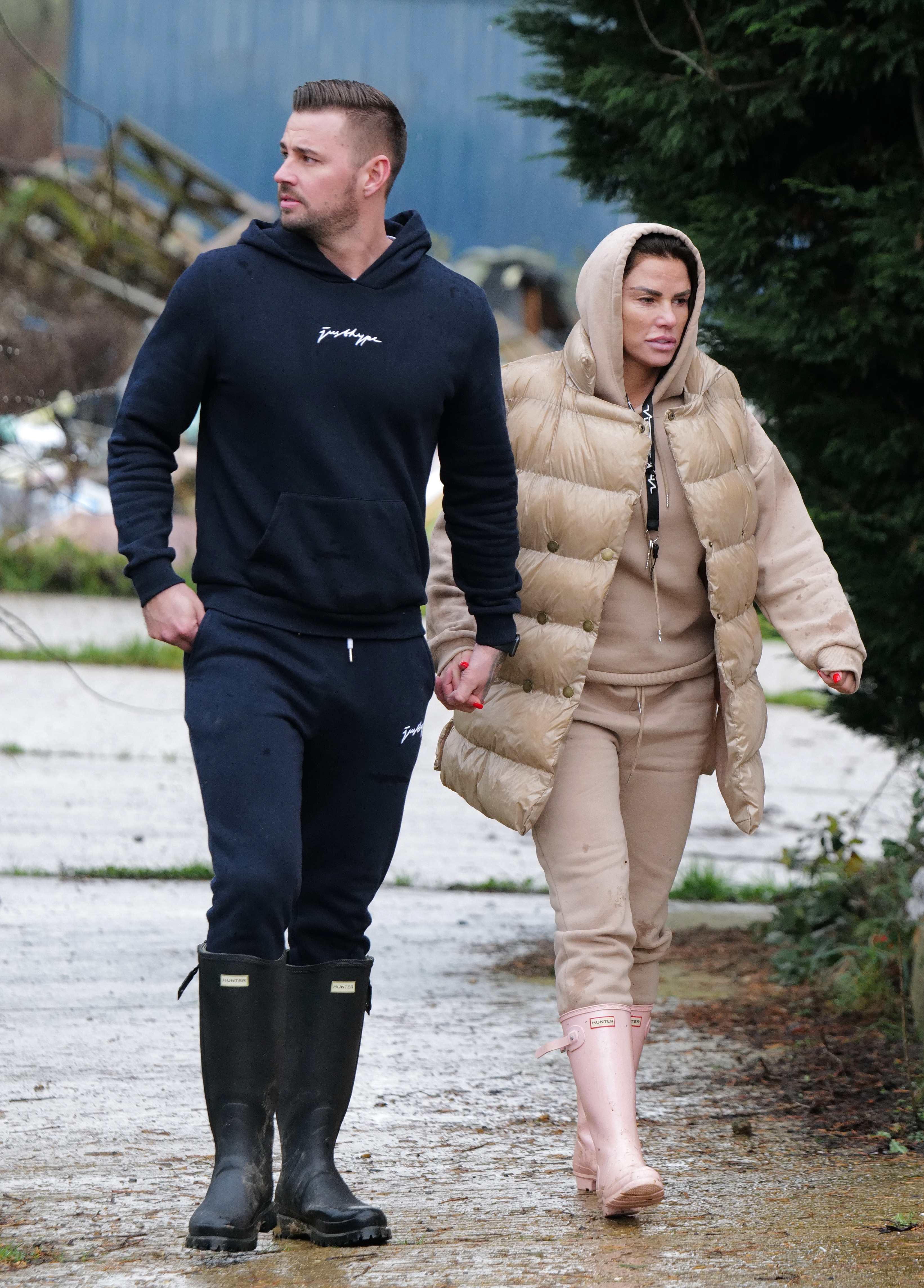 The former Loose Women panellist was she seen emptying out the house she once called home while clad in an all beige ensemble.

Ready to tackle the feat, Katie donned a beige tracksuit and combatted the chilly temperatures with an oversized gilet.

The I'm A Celebrity alum teamed her low-key look with a pair of pink Hunter wellies and kept her brunette locks in place with her jumper's hoodie.

Meanwhile, Carl made sure to help her every step of the way as he held her hand in and out of the removal truck. 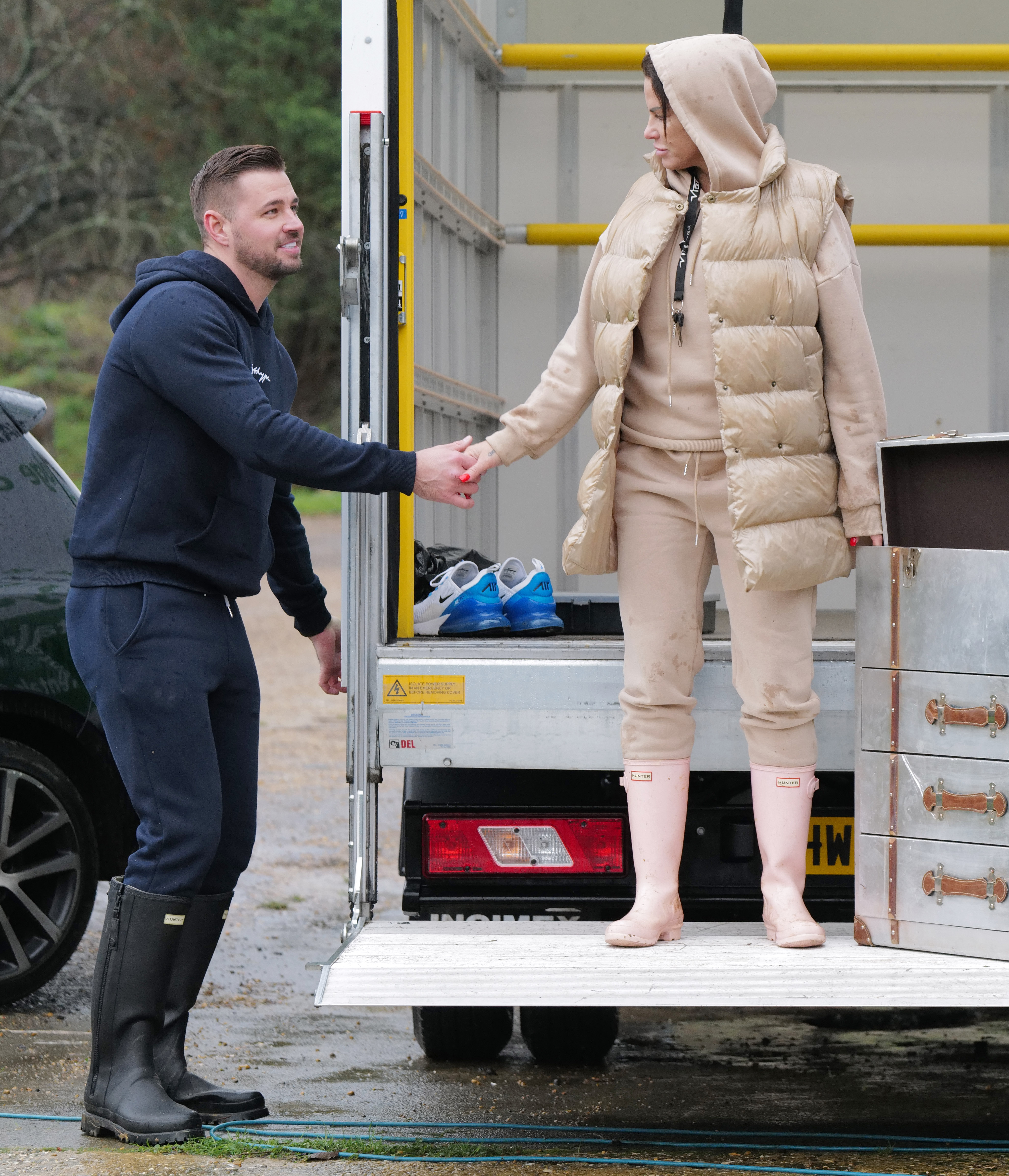 The £2million mansion was left surrounded by sewage in 2020 after Katie left and vowed to never return.

Photographs show a build up of waste from a leaking septic tank at the side of the 42-year-old's property.

Katie, who was once worth an estimated £40million, bought the 11-bedroom pile from former Tory minister Francis Maude in 2014. 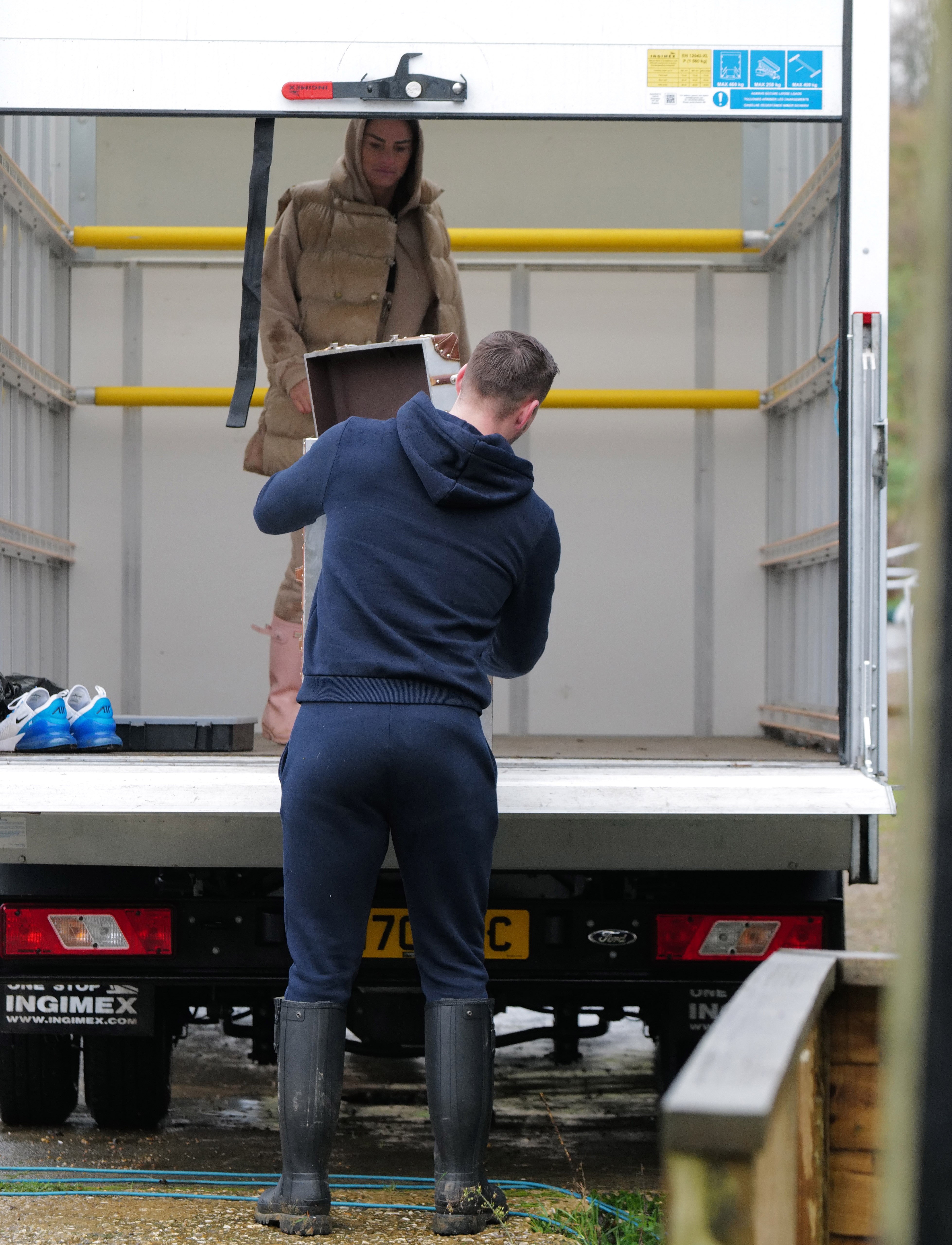 But it's fallen into a state of disarray following failed renovations and a spate of burglaries.

Katie has now confirmed she's has too many "bad memories" at the so-called "mucky mansion" in Sussex and won't go back.

She has since moved in with her boyfriend Carl Woods in a rented £4,250-a-month home – said: "I’ve still got the house here with the kids for the minute, but we’re looking for somewhere.

"I've moved in with him, the kids will stay at his, but his house is the show home, it's immaculate, but mine is more like the Jungle Book.

"The doctors from The Priory have said that my house, mentally, is a place I can't ever go back to because there's too many memories.

"It's sad because it could be such an amazing place, but no I'm done it with.

"I own that house but it just literally sits there until mentally I'm ready to do something with it. It's weird to know that I still own that big house, it just sits there, I sometimes forget that I've even got it."

Experts lay out how Instacart, Walmart, and other retail ad sellers can take on Amazon in digital advertising

Lauren Comeau: Javi Was Cheating On Me With Kailyn Lowry the Whole Time We Were Together!