Joe Lycett joined fellow guests Simon Rimmer and Denise Van Outen on Steph McGovern’s self-titled Channel 4 talk show on Thursday. And while the first hour of the show was packed full of friendly jibes and giggles, one joked from the Steph’s Packed Lunch host appeared to tick the comedian off. So much so, just before Steph cut to an ad break, Joe whipped off his microphone and stormed out of the studio.

The moment came after Steph and Joe had discussed the use of single-use plastic in their homes and how the comedian has stopped doing so in an attempt to help the environment.

However, when a photo from his home popped up on-screen when discussing garden renovations, Steph quickly joked that she could see some plastic bottles in the background.

Discussing with gardening expert Siobhan about transforming gardens to look like the one in the Love Island villa, Steph turned to Joe: “You’re well into this aren’t you, Joe?

“Because you’ve pimped up your garden and made it look more Love Island.” 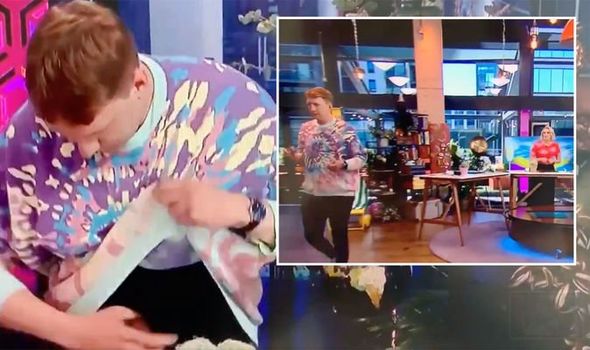 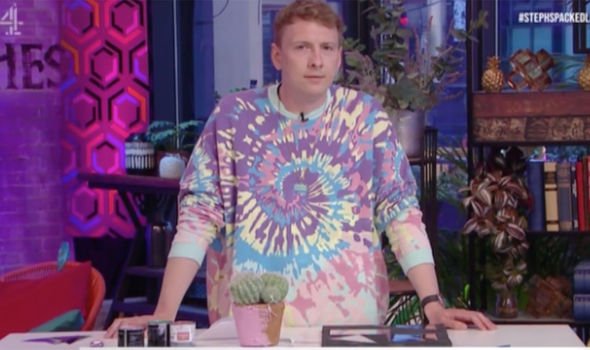 Joe replied as a photo of his garden appeared on-screen: “Yeah, I don’t have a fire pit so I just bought a big candle.”

The trio shared a laugh before Siobhan weighed in with her critique: “Yeah, you could do with a bit more colour in there, you’ve got a bit of colour on the deck chair,

“But I think I could come round and paint that table, bit of festival lights in the background maybe.”

Before moving on, an eagle-eyed Steph pointed out: “Isn’t that one of the bottles you said you’d stopped using in the picture?” 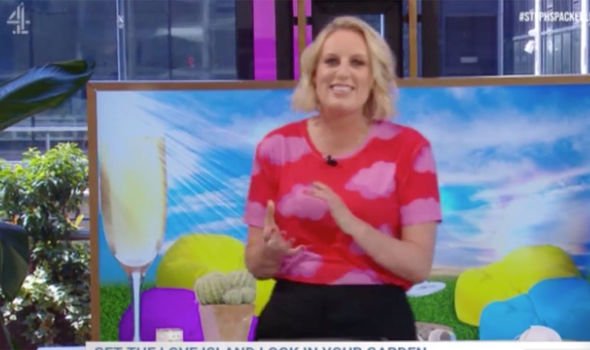 An awkward silence descended in the studio before he replied: “I didn’t realise I was on Newsnight, Steph.”

Steph let out an awkward laugh as Joe remained straight-faced before the host added: “Alright, Joe.”

The joke appeared to end there but just moments later as Steph told Channel 4 viewers what was to come, Joe could be seen taking off his microphone.

And as the cameras panned out to a wide shot of the studio, the comedian whipped off his microphone and placed it on the side before walking out of shot.

Steph addressed the outburst when Packed Lunched returned from the adverts, telling viewers: “Joe Lycett was going to stick with us but he’s had to leave.”

Nothing else was said about Joe’s exit but it left fans at home with a number of questions.

“@PackedLunchC4 @joelycett @StephLunch not sure what happened but That was awkward? Can’t believe he walked out, very awkward,” one fan tweeted.

A second joked: “‘Joe Lycett’s sticking around…’ Everyone at home in panto style: ‘Oh no he’s not!’”

While a third blasted the Great British Sewing Bee host’s antics: “Walked out like a spoilt child over a light-hearted comment over a plastic bottle.”

“Not a good look Joe,” a fourth added. “Storm back on and apologise. That’s the better way to handle this awkward moment.”