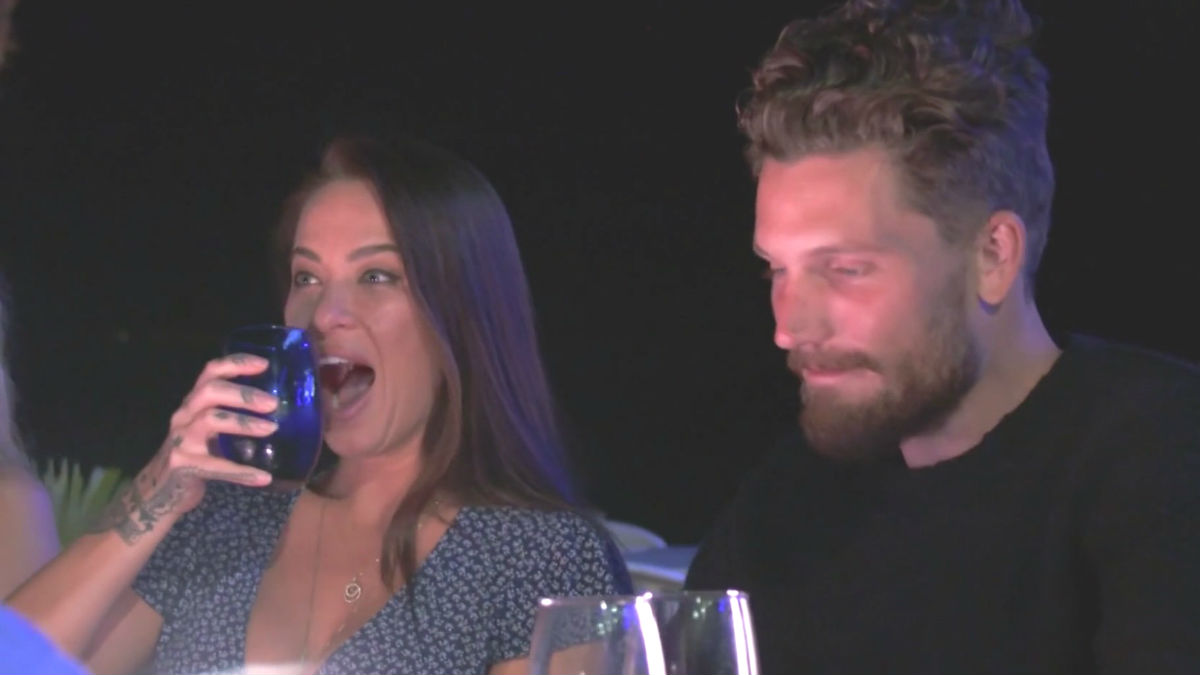 Jessica More has admitted to comparing notes with Robert Westergaard’s ex-girlfriend following her Below Deck Mediterranean romance with the deckhand.

Viewers know Rob and Jess have had a turbulent relationship on the Bravo show. They came in hot and heavy, but things turned confusing when Hannah Ferrier brought up Rob’s girlfriend.

Rob insisted the romance with his girlfriend was an open relationship. However, he ended things to focus on getting cozy with Jess. Rob’s ex became a sore spot for the couple, causing trouble a few times during their relationship.

Last Monday, on Watch What Happens Live with Andy Cohen, Jess spilled some juicy details about her relationship with Rob and his ex-girlfriend.

Jess appeared virtually on the show alongside pal and costar, Alex Radcliffe.

A fan question asked Jess if she had ever made contact with Rob’s former flame.

“We’ve chatted a few times. She actually reached out to me while we were still together, and then we’ve chatted, and she reaches out to me every now and then,” she said.

Andy was ready to move onto another question but decided to backtrack a bit, awkwardly. He wanted to know what kind of conversation went down between the two women.

“She initially contacted me … her message was like a warning,” Jess shared. “At the time, him and I were still together, so I dismissed the whole warning. Once things progressed and things happened, I reached out to her to try to make sense of some things.”

It turns out the two ladies had more in common than just Rob, and Jess now considers his ex-girlfriend a friend.

“Then that whole awkward, weird relationship-friendship happened, I guess, and we just dished back and forth about comparing notes that happened to be identical to the same storyline,” she stated.

Rob said during the After Show that he felt a deep connection to his ex and didn’t want to simply drop her. The deckhand also declared a profound love for Jess, even though the two are no longer together.

Jess has expressed the hurt she felt when Rob admitted to still being in contact with his ex-girlfriend while on The Wellington. He was trying to be honest. She didn’t see it that way.

The second stew has previously shared that she does not speak to Rob anymore. They have expressed still having feelings for each other, though. It is all very complicated.

Hopefully, fans will get more insight into Robert and Jessica’s romance gone wrong during the Below Deck Med reunion show.

Below Deck Mediterranean airs on Mondays at 9/8c on Bravo.