LOVE it or loathe it, You’re Beautiful sold more than four million copies and made its singer a household name.

But James Blunt’s most (in)famous hit — which he previously quipped is about a “guy on a subway stalking someone else’s girlfriend” — also spawned him a stalker of his own, he has revealed. 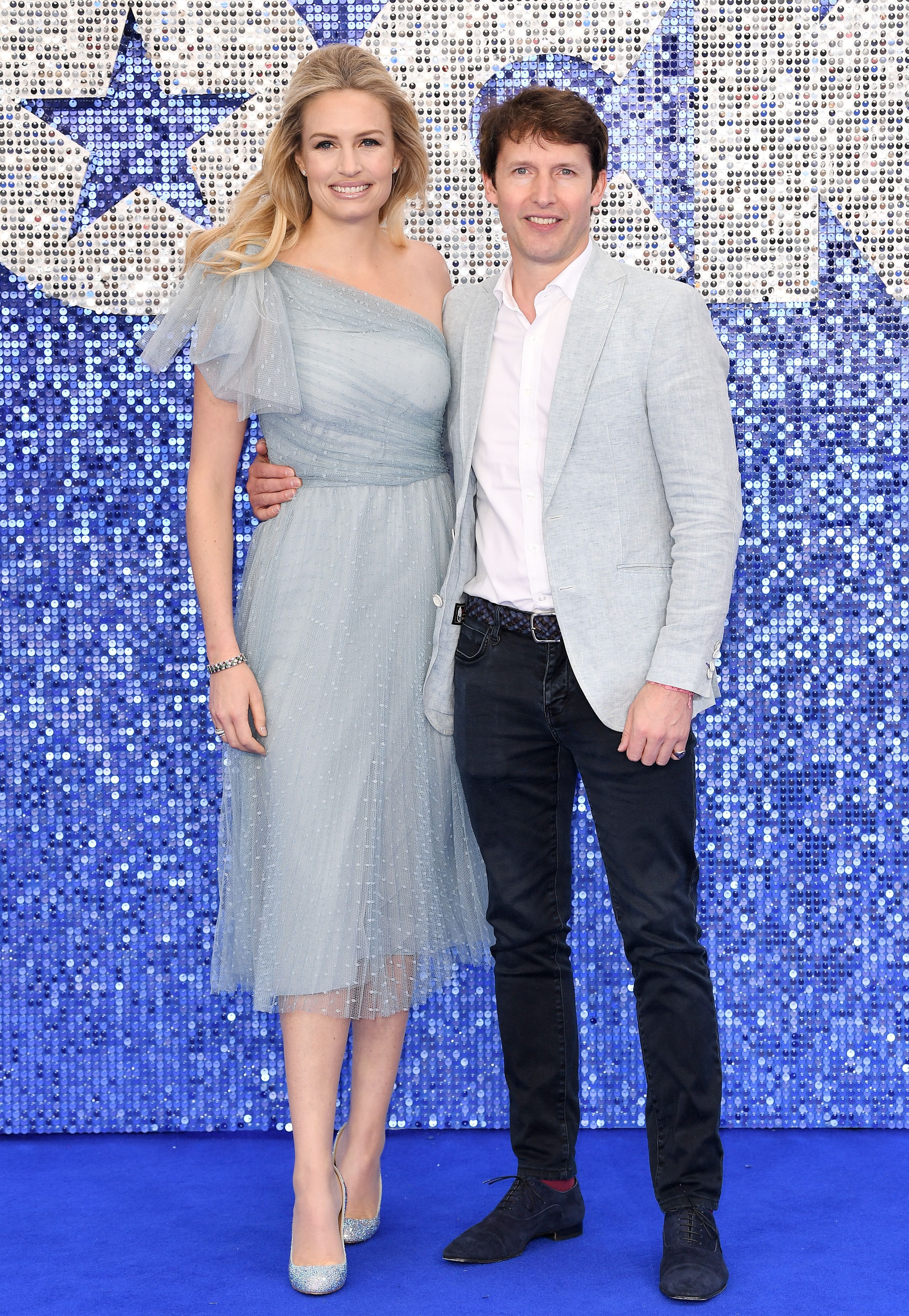 Incredibly, an American super-fan formally submitted a 50-page document, claiming he had written the global 2005 smash about her — and demanding royalties.

In the song, which topped the charts in 11 countries, James recounts seeing his ex-girlfriend on the Underground and his hurt at seeing her with a new man.

The singer, who performed the song at Elton John and David Furnish’s civil ceremony the year of its release, says: “It was quite scary.

“She’s pretty fervent that she’s the woman for me from the subway. She sent me a detailed 50-page document about how I’ve been stalking her, and that’s a little frightening.

“And because she is such a fan, we have met at different stages, at various gigs or whatever.

“And the reason I could prove she wasn’t the woman in the song was that in 1984 I would have been ten years old, and the first time I visited the States was in 2002. So that was all a bit strange.

“I have had a few stalkers but I don’t feel like I always have to talk about them because I have been given wonderful gifts from them.

“One was this amazing box, like an old airline pilot’s flight case. Inside was a scaled-down copy of everything in my life — like scales I’m told to learn, a piano, a guitar.

“And on the walls were pictures of me as a child and books I’d said I’d read and all the albums I’ve ever put out or albums I’ve ever said I’ve listened to — basically my entire life in that box. 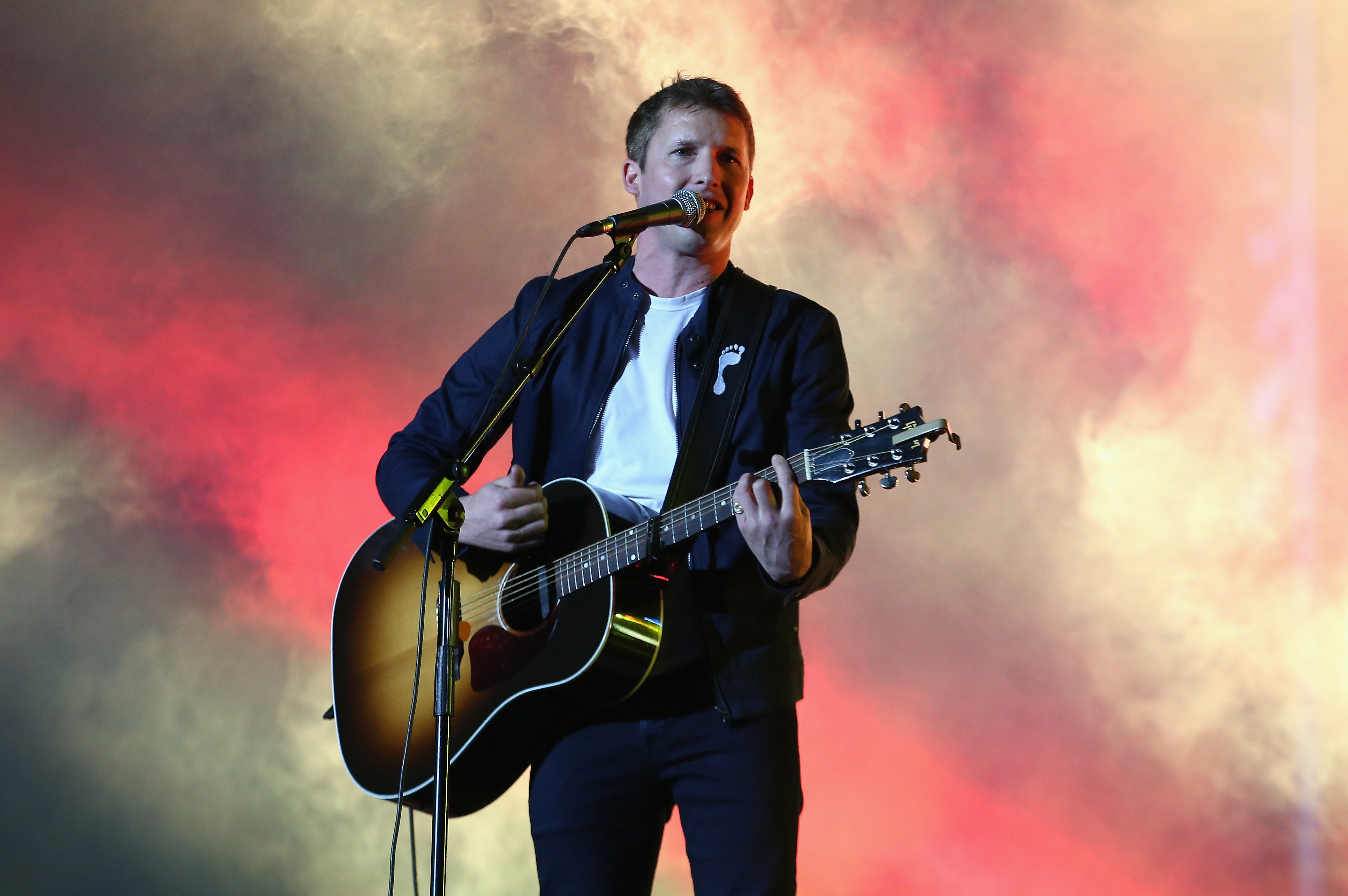 “I think the only thing that is missing from the box is me. One day I’m going to find myself shrunk and in the box.”

As James was able to prove that You’re Beautiful — once named the planet’s seventh most annoying song by Rolling Stone magazine — was not about the woman in America, no further legal action was taken.

To this day, however, he refuses to name the real ex who helped to launch his stratospherically successful career. He has since received two Brit awards and five Grammy nominations, and is responsible for the best-selling album of the Noughties.

James, 46, has also earned enough to buy homes in the UK and Ibiza, and he need never work again — not that that seems likely.

Today he makes his debut as an author, with his first book, How To Be A Complete And Utter Blunt — a nod to the hilarious alter ego he has honed on Twitter.

Once regarded as the posh boy of pop, James’s sword-sharp wit — more on swords later — has seen him reinvented as one of the funniest men in showbiz.

Genuinely hilarious on and offline, his one-line Twitter retorts have earned him more than two million followers — and have cut his detractors down to size. 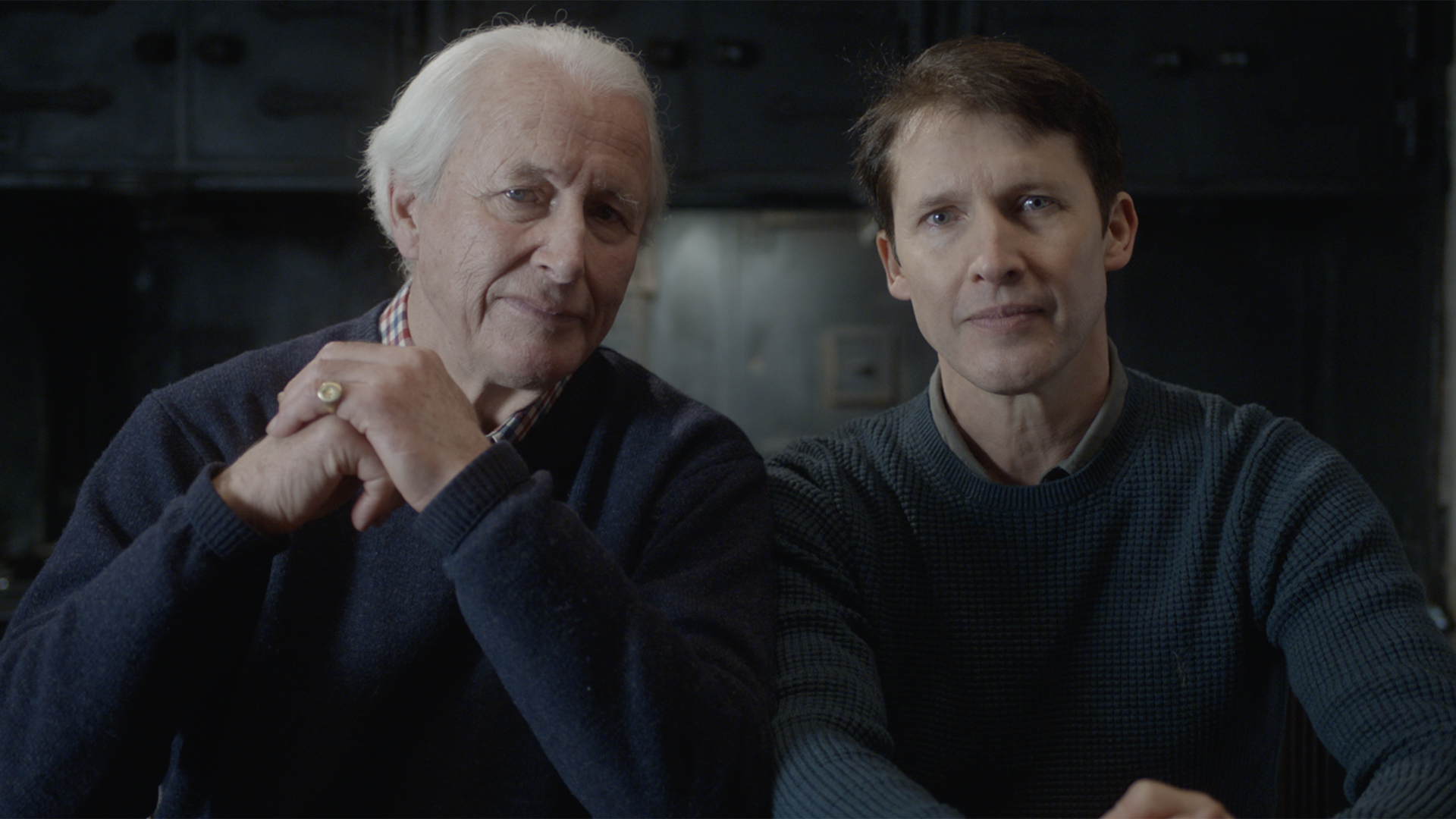 The book, “something good to read while you’re sitting on the loo”, is written in diary form.

It highlights some of his most famous retorts, including: “Then you need to see a doctor”, in response to someone writing: “@JamesBlunt looks like my left testicle”, and “Damn thing’s always getting caught under my feet”, in reply to: “Why does James Blunt sing like his willy is being stood on?” Brilliantly self- deprecating,

James is that rare breed of celebrity who doesn’t take himself too seriously. Case in point — “Don’t know if I can imagine much worse than James Blunt’s new album”, to which he replied: “Kids these days have no imagination.”

Before finding fame as a singer, he spent eight years in the Army, serving in the Household Cavalry in Kosovo for Nato as a reconnaissance officer. He remains passionate about the military, and his currently held-up Once Upon A Mind tour is raising money for Help For Heroes and the Royal British Legion.

James has been hampered twice by the ongoing pandemic. As well as postponing his European and UK tour dates, the dad of two — who married lawyer Sofia Wellesley in 2014 — owns a West London pub, The Fox and Pheasant.

The NHS got my father a second shot at life by giving him a kidney donated by his namesake, and they looked after him so well through it all

Lockdown, and subsequent Tier Two restrictions have hit the pub trade badly, and speaking from his Balearic villa, James says: “I’m being beaten on two sides, because I’ve got music and a pub — I’ve definitely got the wrong businesses!”

However, he is suitably self-aware to acknowledge that others are struggling a whole lot worse and adds: “It’s not the big names who are suffering, it’s the people behind the scenes, with regular jobs.

“It’s always those grafters at the back that are out of work for the extended periods who are really struggling this year.

“When my work was cancelled, I got sent home to spend time with my family and have a sabbatical, and I’m really lucky for that. Lots of others have really struggled in tiny flats where they can’t get out, whereas I’ve got a garden.

“And of course I’ve got financial concerns with the pub, and staff to look after and a ton of people out on the road, but I know how lucky I am.”

Last year James revealed that his father, former cavalry officer Charles — to whom he is extremely close — was battling stage-four chronic kidney disease. 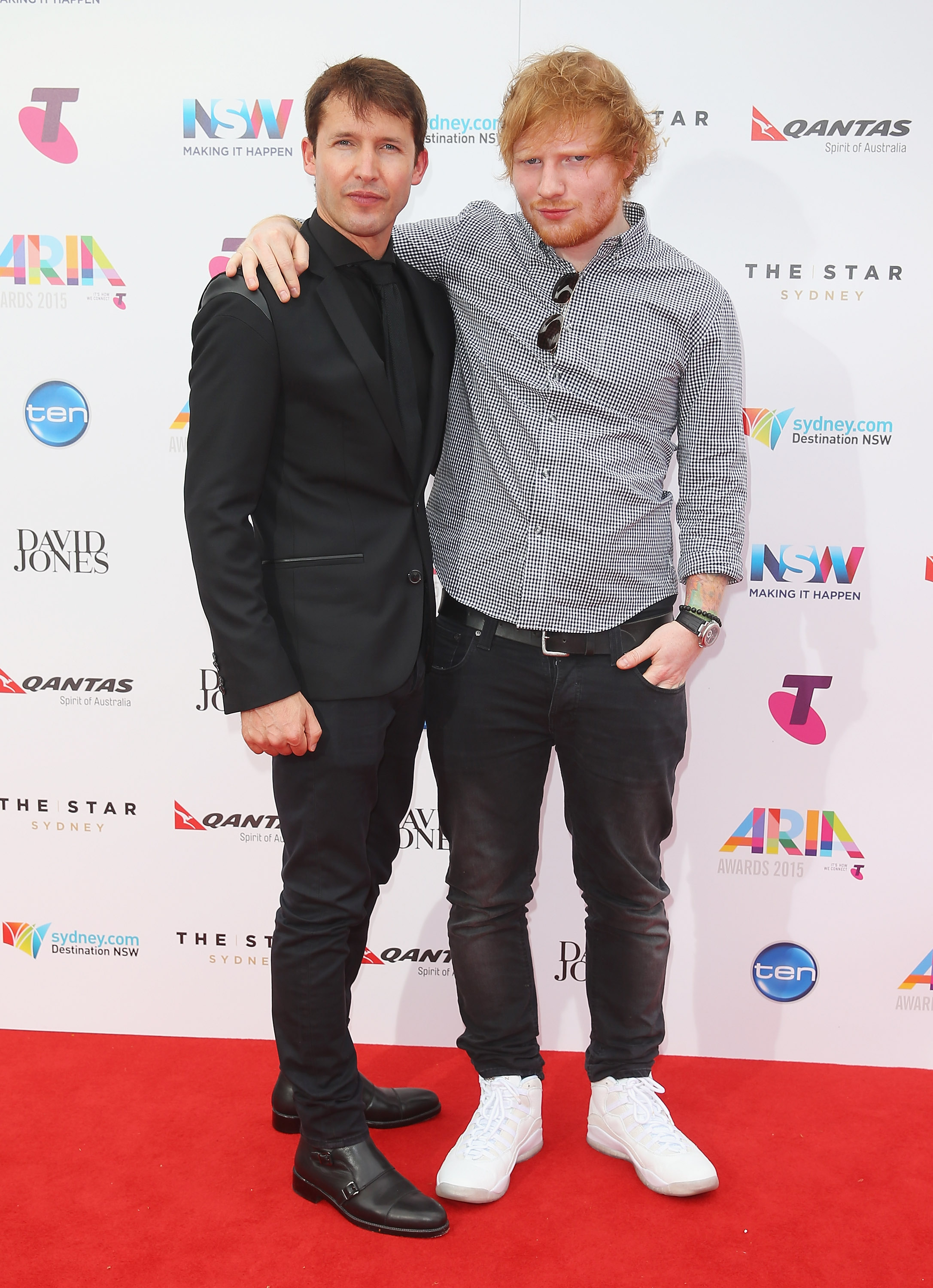 In January Charles received a kidney donation from a distant cousin, also called Charlie, and is now recuperating while shielding.

James remains indebted to the NHS doctors and nurses who treated his father, and as a result, all proceeds from his single, The Greatest, released in April this year, went to our health service.

He says: “My dad is well. He’s obviously immunosuppressed, and so he is keeping himself hidden away as much as he can.

“The NHS got my father a second shot at life by giving him a kidney donated by his namesake, and they looked after him so well through it all.

“They are the heroes of 2020 and this pandemic, and it’s been an incredible year watching them in action, and I’m insanely grateful.

“Like everyone who has someone shielding in their family, we are ­struggling to see each other. I’ve seen my father twice this year. 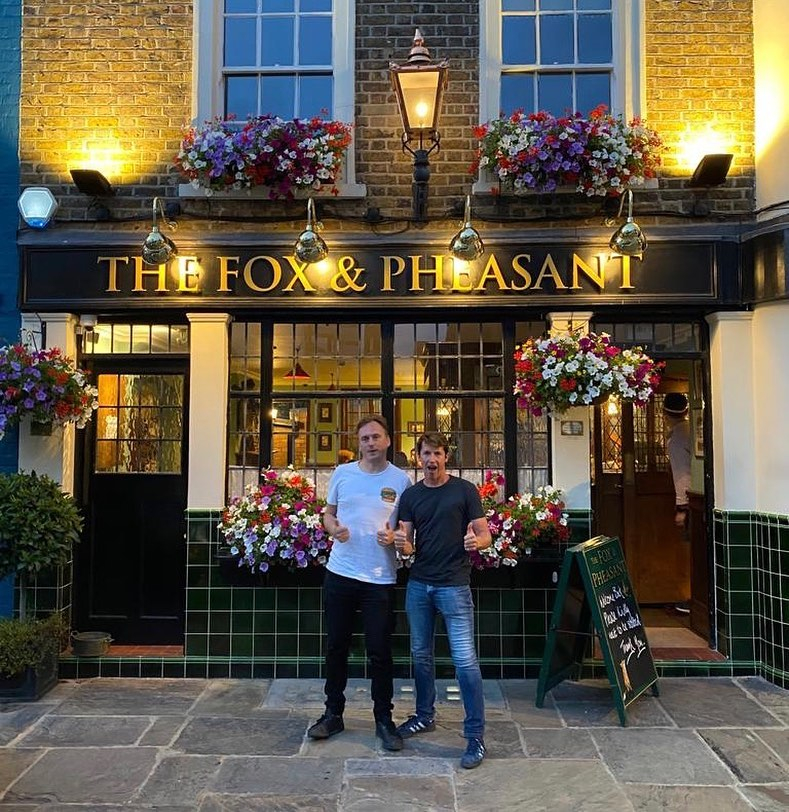 “I’m hoping they’ll get the tests in the airports up and running, to at least get movement through the airports, because at the moment, two-week quarantine is hard, so I’ve only seen my father for a couple of days.

“And with my mum’s 70th birthday, that was really strange, keeping away from her. We were outdoors and I didn’t go anywhere near her. And mothers like to hug, don’t they? It is so tough for everyone.”

Ed is said to have needed stitches in A&E after the 2016 incident. But fiercely loyal James refuses to be drawn on the matter, saying only: “Well, the question is, who’s telling the truth? It sounds like he (Stuart) just wanted an invite. It sounds like he was upset he wasn’t there!”

So what about another rumour, this time kickstarted by Lily Allen in her 2018 autobiography, in which she claims she walked in on James having sex in the foyer of Los Angeles’s Chateau Marmont hotel?

It’s fair to suggest Lily is off his Christmas card list, as he replies: “Yeah. If it helps her sell books, then it was worth it.” As a consolation, James will be having the last laugh in terms of book sales . . . 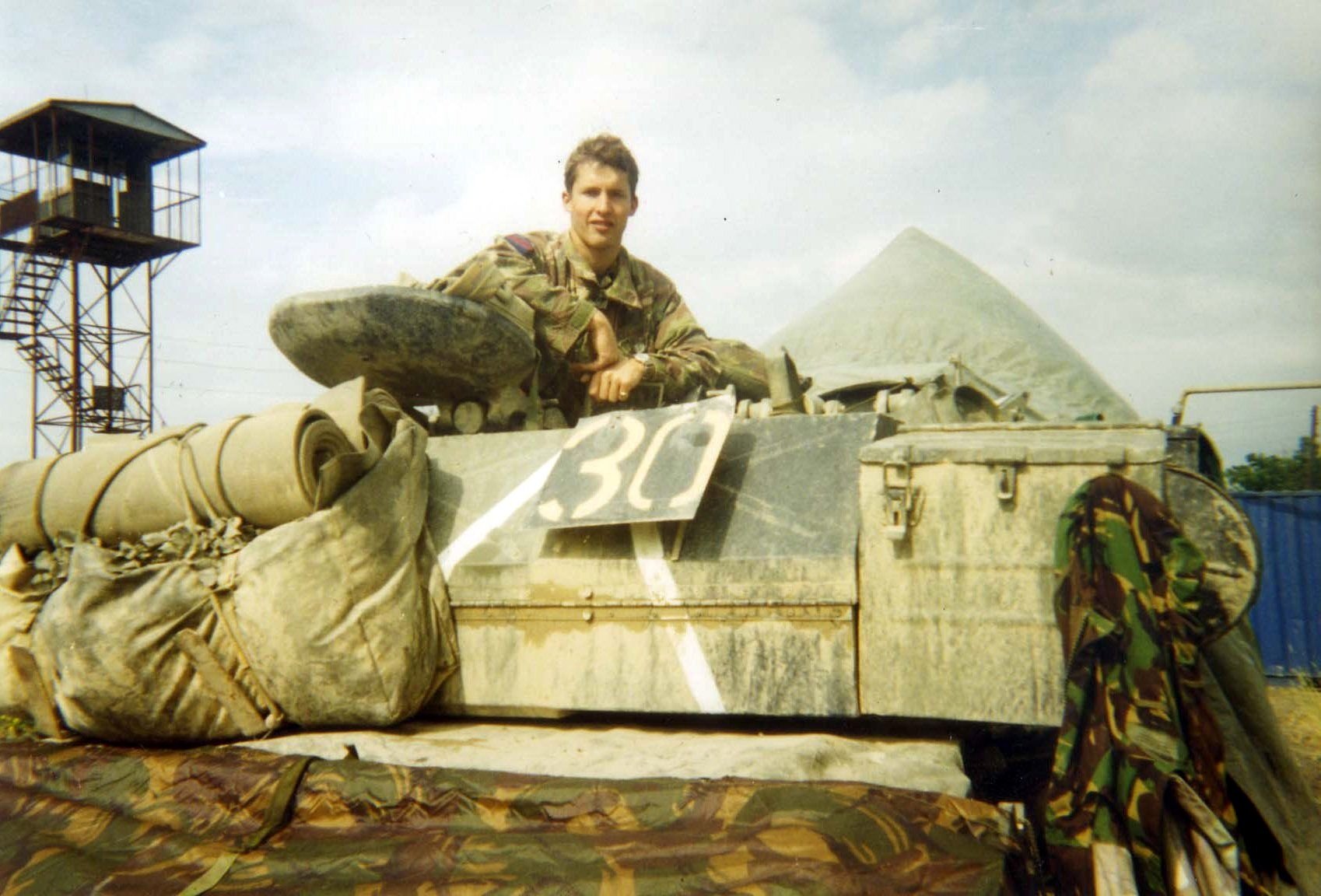 BLUNT by name, and blunt by nature. James’s self-deprecating and sassy tweets have kept us laughing throughout a dismal year.

Here are the top ten Twitter gags and comebacks from the singer in 2020.