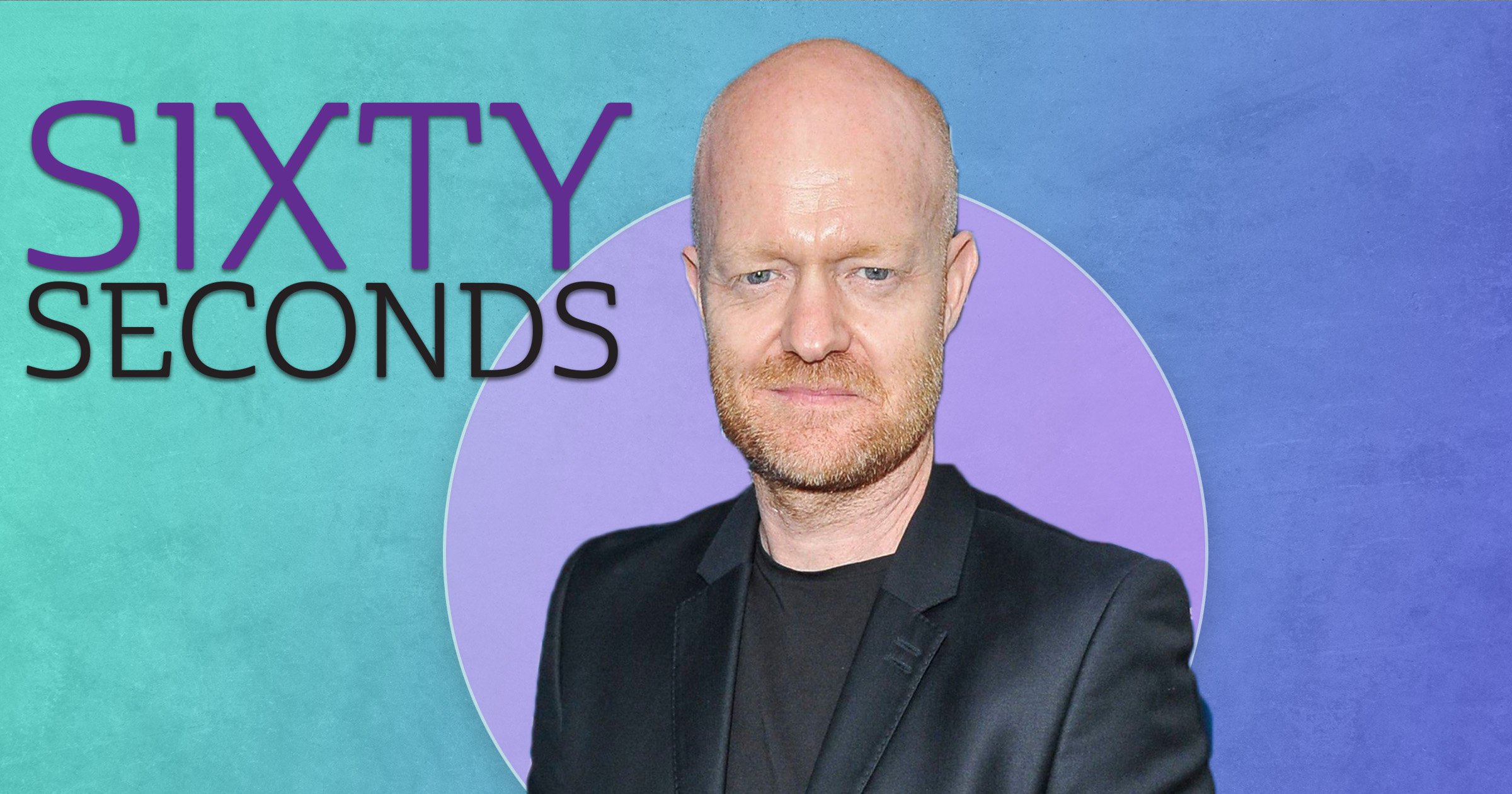 The actor, 49, on leaving EastEnders, hunting ghosts and taking to the stage in a new spine-chilling play.

Your play, 2.22 A Ghost Story, is getting great reviews…

It’s an incredible show. Danny Robins has written an amazing play and we’re getting standing ovations every night.

It’s been 18 years since I’ve been on stage. I started acting professionally when I was ten and I did a lot of theatre when I was younger. I’d forgotten how much I enjoyed that sort of interaction with the audience — and also, to be part of the first wave of actors going back into theatre after so long.

A lot of people are going out for the first time so the excitement is quite palpable.

Was it the ghost story aspect that attracted you to the play?

It’s the best play I’ve ever read — and I’ve read a lot of plays over the years. And the casting was really exciting.

I heard Lily Allen had been offered the part having never acted before. I thought that was incredibly exciting.

It’s been mind-blowing to watch someone who’s never acted before being incredible and getting rave reviews on the West End stage.

Did she ask for any advice at all?

She’s an extraordinary person. In a lot of ways, she’s fearless. She always tackled her music career head on and she’s certainly doing the same on stage.

If she chooses to have an acting career, she can certainly go on from here. I’ve never met anyone quite as brave as her in that respect. There’s a lot of pressure on her and she’s absolutely smashed it.

She’s got clean and married David Harbour, and is clearly very focused about what she wants to do now…

I think so. She celebrated two years clean during rehearsals and I’m similar — about 18 years clean, not drinking or doing anything. Her life has completely turned around from what it was.

Did you do any other research for the show?

I went on a ghost hunt in a haunted building called Charlton House in Greenwich at night, which was interesting. It was very spooky.

It gave me an insight into the character I’m playing. And also that community — a lot of people actually do believe in ghosts and take it very seriously.

I’m open-minded but sceptical. I’ve never had any experiences, although I know people who say they have.

Whether you come to the show believing or not believing, you’ll be coming away from the theatre questioning your beliefs and discussing it for days afterwards. Can things be explained or are they supernatural?

How are you watching scary films yourself?

I don’t mind psychological thrillers, they’re good. I’m not into all the gory films or anything too explicit.

Have you had many of your EastEnders mates come to watch?

Tanya Franks and Charlie Brooks were there for press night, as was my friend Scott, Barbara Windsor’s husband. I understand Danny Dyer’s coming soon, and Jo Joyner and her husband have been too, so I’ve had lots of support.

I did 15 years on EastEnders and the schedules are absolutely brutal so I forgive them if they don’t turn up — it’s a lot after a 12-hour day.

What do you miss about your character, Max, and EastEnders?

If I’m honest, absolutely nothing. I’m really enjoying looking at other projects and being back on stage. I’m fully focused ahead, I’ve not looked back.

I really enjoyed my time on the show and I’ve made some great friends and some fantastic memories.

It must feel really liberating…

Yes. It’s rewarding but a challenge to play a character for 15 years — it’s not the norm in our industry. But it gave me great stability.

My kids were young when I started there and it gave me a great home life and work-life balance, which in my industry is very difficult to maintain.

We lived right next to the studios so I was home every night and watched my kids grow up. They’re 16 and 13 now, so it’s easier to be away.

You’ve made no secret of the fact you’d like to do I’m A Celebrity. Is that on the cards this year?

We love the show as a family and it’s on record that I’ve had meetings with them. It depends how they cast it.

I’d want to take the family out to Australia so I’d only do it if it was an option. I know a lot of people who have done it and recommended it for what it gave them personally.

What did Strictly do for you?

It made me really tired! You have to work hard when you agree to do a show like that with no experience.

2.22 A Ghost Story is at the Noël Coward Theatre until October 16.

How to get your Metro newspaper fix

Metro newspaper is still available for you to pick up every weekday morning or you can download our app for all your favourite news, features, puzzles… and the exclusive evening edition!