JACQUELINE Jossa's parents have cut Dan Osborne out of family photos as they arrived in Australia with their grandkids.

Mum Selina Jossa has shared snaps on Instagram with Jacqueline's dad and her daughters Ella and Mia, after they travelled on the same flight as her husband. 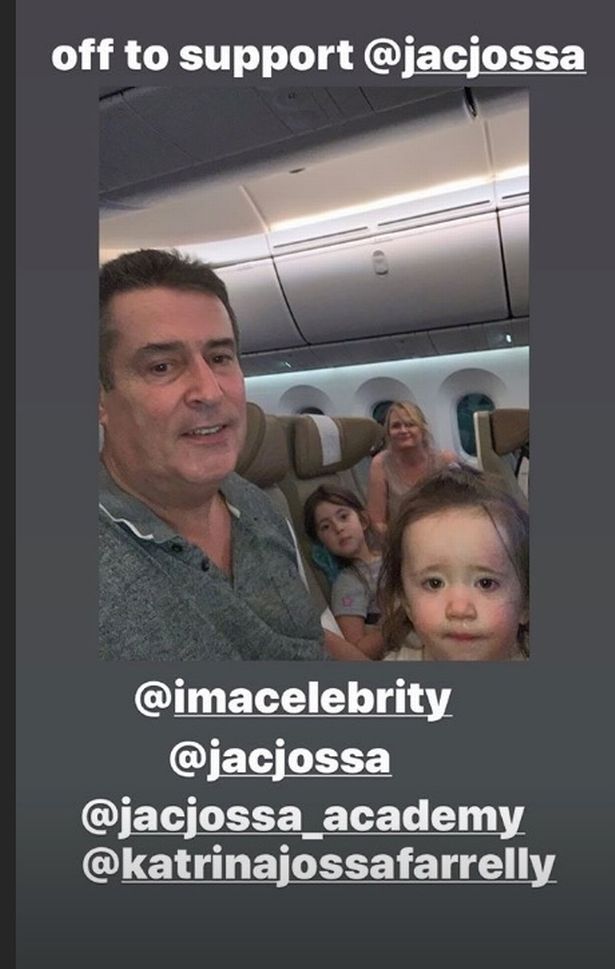 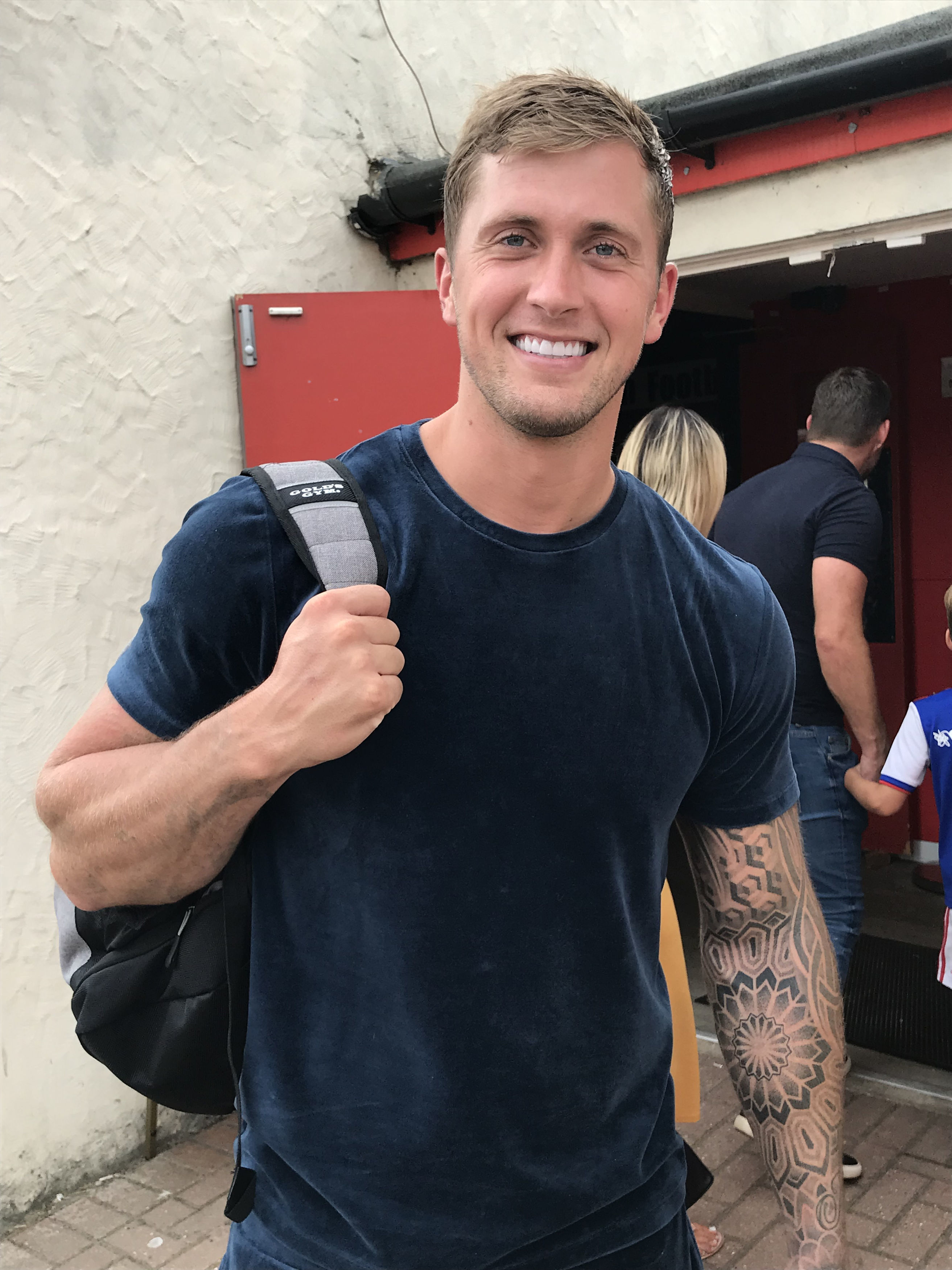 And they failed to include Dan in any of the pics.

In one snap, Jacqueline's parents huddle close with Ella and Mia for a sweet selfie and wrote: "Off to support @jacjossa"

The family have been supporting Jacqueline via social media as the ex-EastEnders star has had a rough ride in the jungle.

However, last night she opened up about meeting Dan for the first time as she moved on from the cheating scandal. 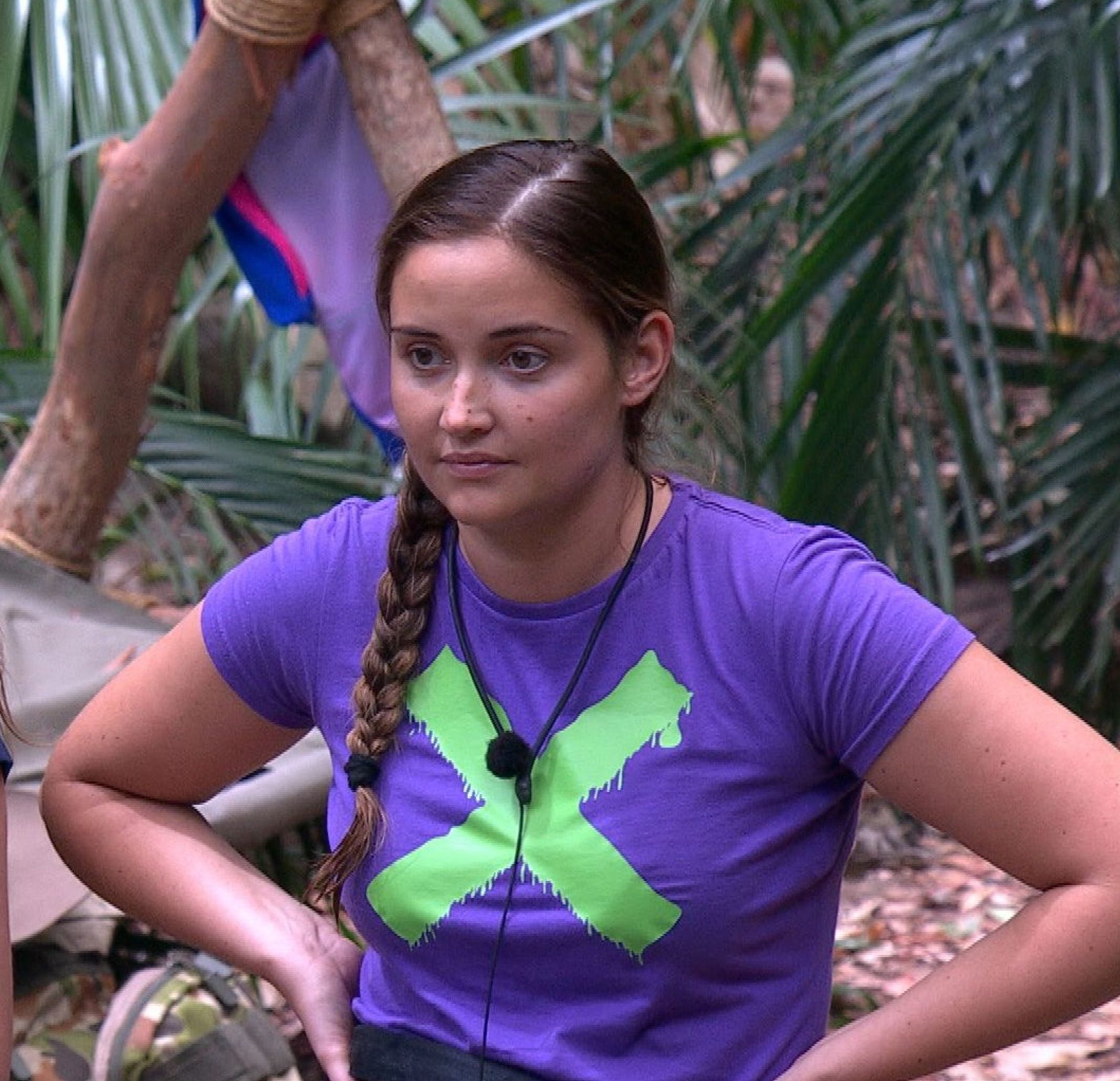 Adele Roberts, Nadile Coyle and the former EastEnders actress opened up about their love lives while in camp.

Adele asked Jac if she knew her husband, former Towie star Dan, before they went out.

She replied: "We used to hang out but not flirty. We are really tactile now but at the beginning I was like goofy. But I fancied him and liked him, but it was hard to tell.

"I was recently single and going on a singles night at work and we were texting through the night. And I told him where I was and he sent a shocked face and said: 'Oh no a single's night, I'll have to get in there quick'. 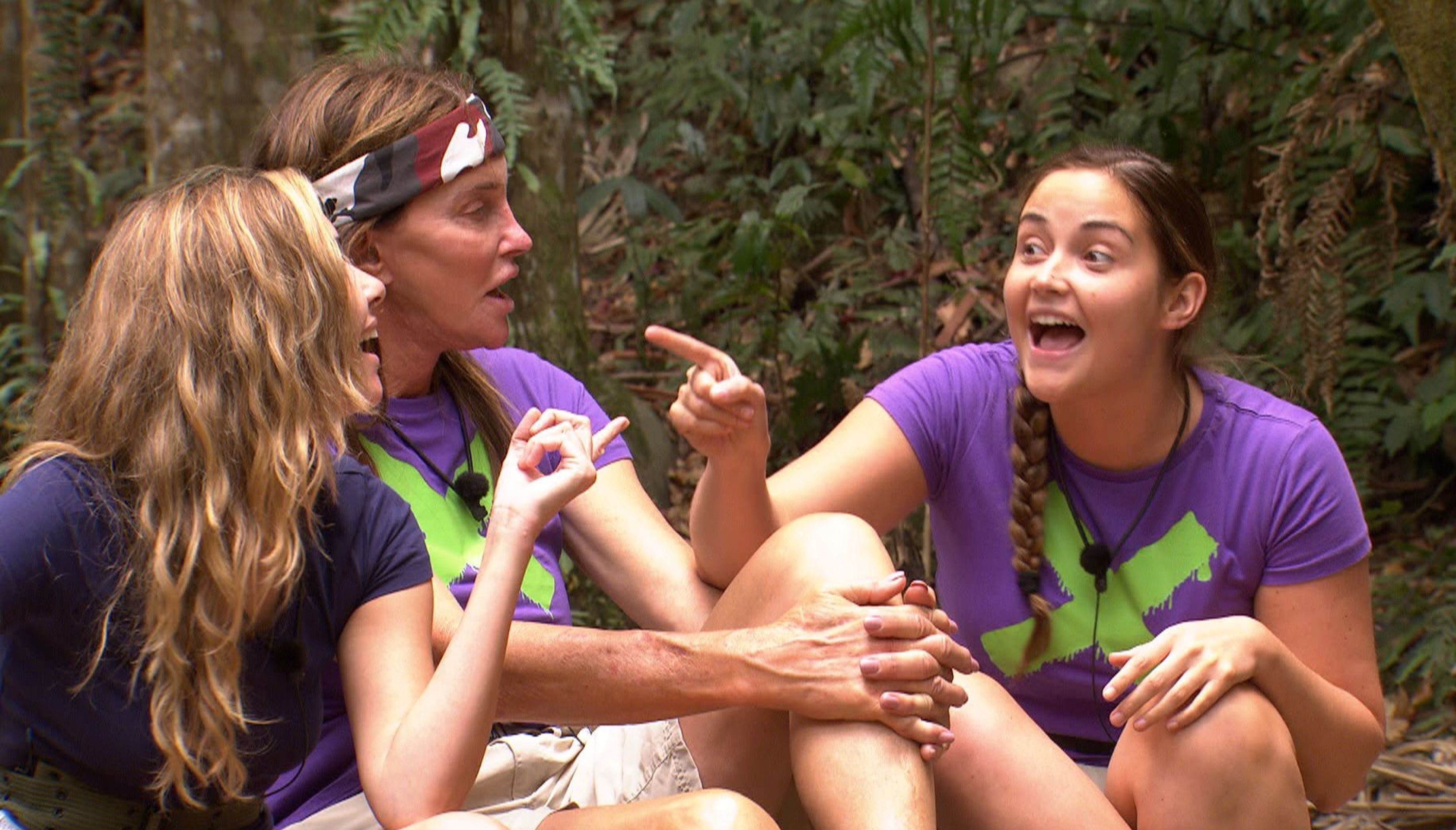 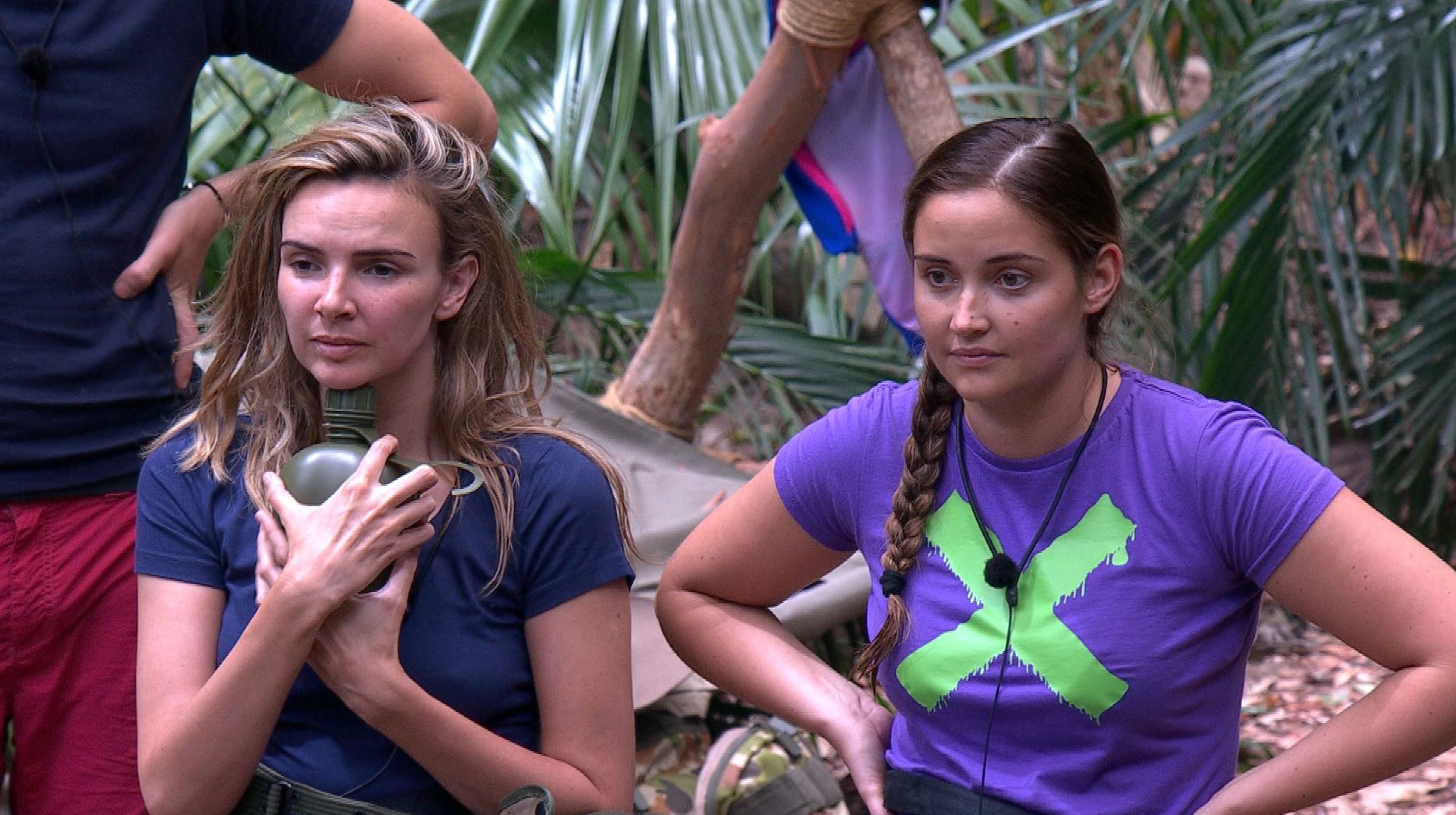 She added: "He then said he would come and pick me up, I was so nervous but the second I spoke to him we really got on, had the best night and were laughing and joking the whole time.

"In the car on the way home he texted me he felt so lucky to have met me, he'd had the best few days and felt he'd fallen for me already.

"I was in the back of the car thinking, he's so fit and he likes me! And from there we got on and liked each other, it was really cute." 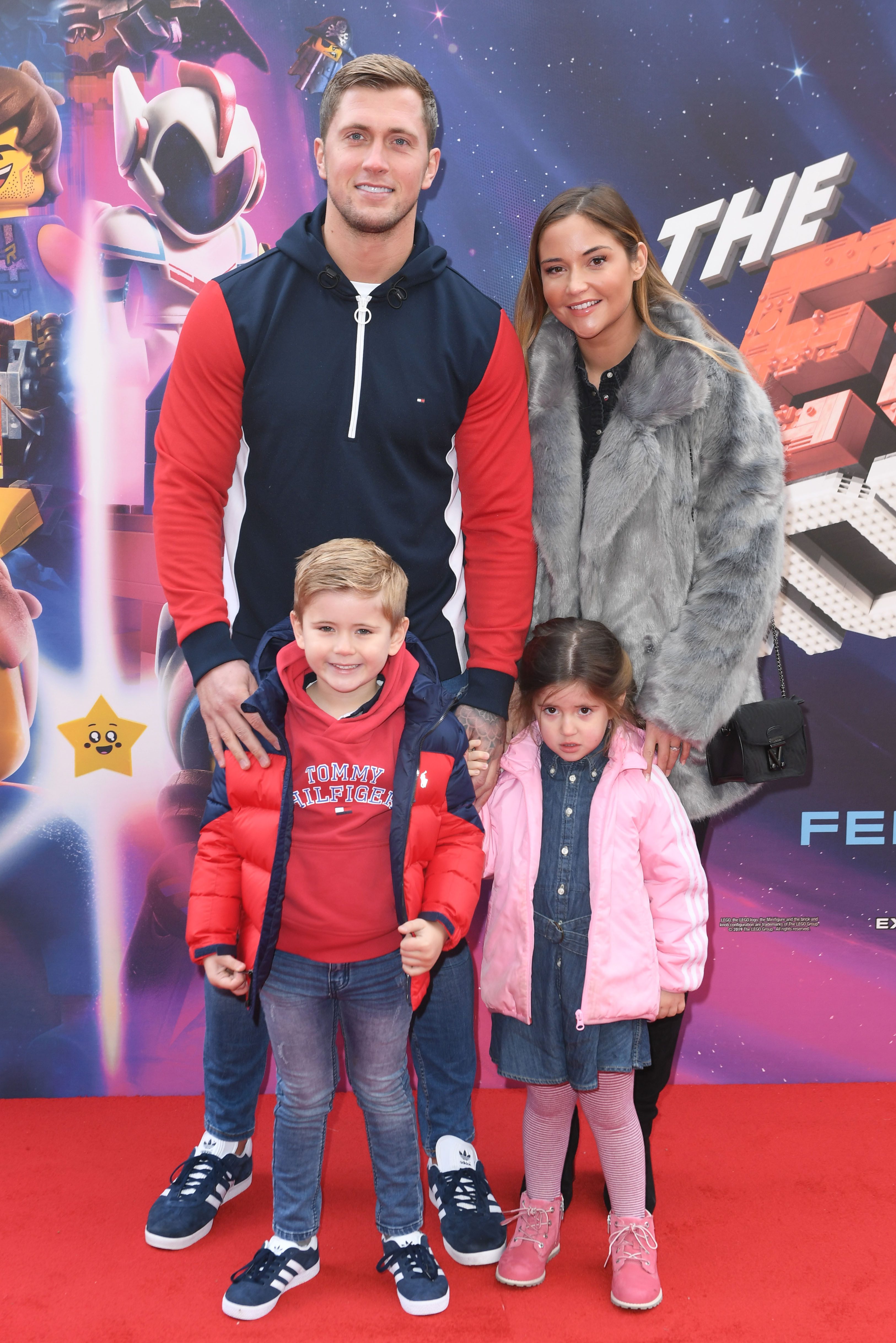 Jacqueline was in tears when Myles told her his theory about whether Dan cheated on her with his ex-girlfriend Gabby Allen.

In scenes not broadcast, Jacqueline, 27, said she did not want to continue without talking to the dad of her two kids.

The I'm A Celebrity star was then allowed to contact her husband from the jungle after having a meltdown over his alleged infidelity.

And he has now flown to Australia after angrily slamming Myles, saying he can "try all he wants" with Jac.