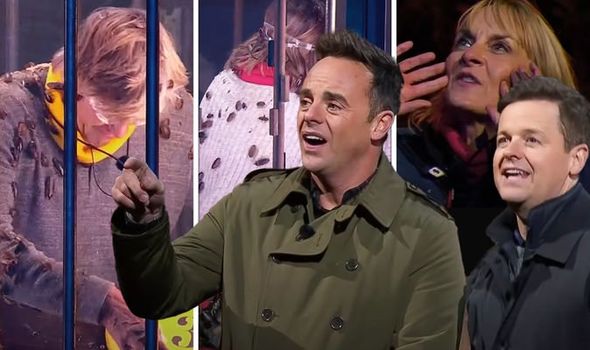 The common complaint which arose from the show was that viewers were unable to recognise the stars heading into the castle. The complaints come despite the lineup including stars such as David Ginola, Louise Minchin, Snoochie Shy, Richard Madeley, Frankie Bridge, Kadeena Cox, Matty Lee, Naughty Boy, Danny Miller and Arlene Phillips. Adam Woodyatt and Simon Gregson will join the castle as late arrivals next week.

Snoochie in tears over tonight’s task

ITV has released a teaser for tonight’s episode which shows Snoochie in tears over her trial.

The celebrity opens a fast food box to reveal a cow’s nose within a bun.

Snoochie screams and recoils before bursting into tears at the prospect of eating the nose.