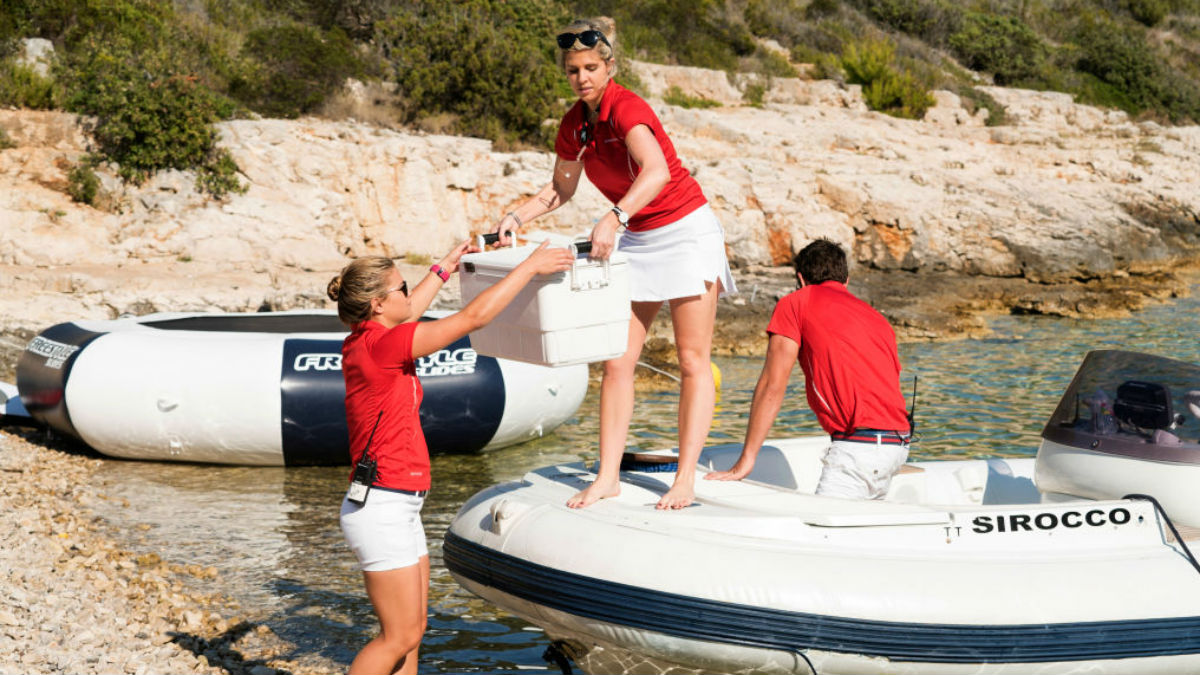 How much money do Below Deck Mediterranean cast members make? It is a common question among fans, especially after the several crew changes that have taken place during Season 5.

The departures of Hannah Ferrier and chef Kiko Loran have piqued viewers’ interest in cast salaries. Hannah was, after all, with the Bravo show since Season 1. She had to have earned a decent amount of cash, right?

Otherwise, why would Hannah have continued to put herself through all the drama?

Life for Hannah got really intense once Captain Sandy Yawn joined the show. Hannah has even admitted after the way she was portrayed during Season 5 that she wishes she had never done the season.

So, let’s take a look at the breakdown of Below Deck Med cast members.

It is no secret the cast members are given a cash tip at the end of each charter. Captain Sandy has a tip meeting to share the dollar amount and critique the crew’s performance during the charter.

Fans will recall this season charter guest Justin Thornton left a $17,000 tip, which the cast deemed very low. The disappointment was written all over their faces. Justin later set the record straight on why he tipped that amount.

Does the cast make a salary?

Play the #BelowDeckMed drinking game and try not to get seasick on land. 😜

Along with tips and regular crew salary, the cast members reportedly make a little extra cash from Bravo. No, the Below Deck Mediterranean cast does not make near as much money as the Real Housewives. The cast is paid, but the network keeps that amount under lock and key.

What all of this means is that the Below Deck Med cast members make a nice chunk of change for six weeks of work and getting their faces on television. Even if a cast member is only on the Bravo show for a short stint like Kiko and Hannah, they kept their tips and salaries.

Below Deck Mediterranean airs Mondays at 9/8 c on Bravo.