“Married at First Sight” is a Lifetime show that features singles willing to let relationship experts decide their soulmate for them — without the partners ever meeting prior to their legal wedding day, per Red Arrow Studios. The premise may seem crazy, but “Married at First Sight” has already churned out a successful 12 seasons in the U.S. alone, and continues to attract singletons looking for their other half.

Clark, a contestant from Season 2 of the U.K. version, described to Cosmopolitan the matchmaking process he went through when he was set up with fellow contestant Melissa. “It was a 500 question questionnaire that goes through your likes, your dislikes, all the intricate pieces of information about you,” he stated. “Your religious views, your political views, what you find attractive, your sexual history, whether you are sexually active. If you want to match with someone of the same ilk as you, you’d like to think they match you on the same morals and what you’ve said when you’re doing it.”

Clark also revealed that there isn’t much monetary gain from participating in “Married at First Sight,” but he didn’t specify how much he earned during his time on the show. The lack of monetary gain may be strategic. Keep reading to find out how much contestants make — and why they don’t make as much as you’d think.

The amount of money contestants make may shock you 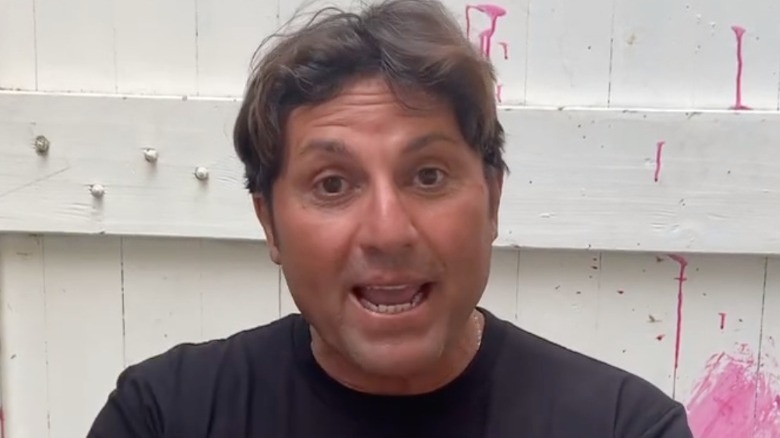 Have you ever wondered how much money “Married at First Sight” would have to pay their contestants to get them to marry a complete stranger? A source close to the production Women’s Health told the publication that the cast earns a small amount of money — “essentially a per diem” — for appearing on the show, but not enough to make a huge difference in their lives.

Chris Coelen, the executive producer of the U.S. show, described the amount contestants earn as “a nothing stipend,” explaining that the producers “did not want people who were motivated by the wrong things” (via Reality Blurred). That may sound fair enough, but some cast members aren’t thrilled to find out that they will be earning a “nothing stipend” for giving up 10-12 hours of each day to film the show. Contestant Nasser Sultan, who was on Season 5 of the Australian version of the series, told Now To Love, “You get $150 for the day, that’s it. But on top of that, you have to pay expenses — your living expenses with the woman that you marry.” Nasser added, “They filmed us going shopping, and we had to shop at the same grocery store — which was really expensive, but it was out of our own money.”

Participating in “Married at First Sight” may pose as a financial burden to some participants — but it doesn’t look like this prevents most of the contestants from going after their chance at forever love.