THIS Morning host Holly Willoughby squealed in terror when a lion loomed behind a young boy camping at London Zoo.

Max Woosey, 11, has been "boycotting" his bed and was pitched up today beside the big cat enclosure. 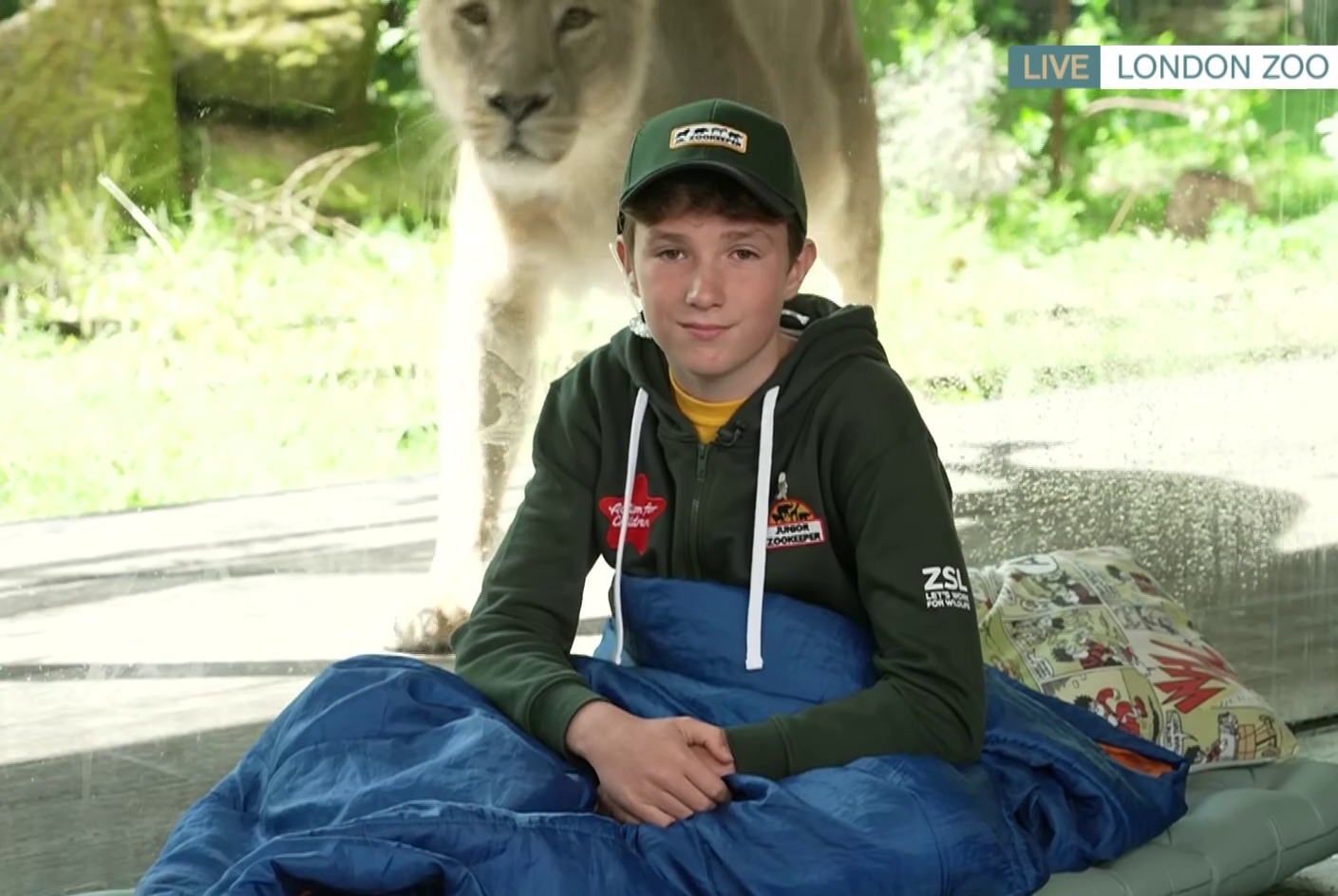 Devon-born Max has been sleeping in his garden for 459 days to raise money for charity – and even plans to put his bedroom on Air B&B.

But he appeared on This Morning today from London Zoo, where a huge lion took an interest in him.

Holly squealed: "Oh my God – it's right behind you. Ooooh.

"You're obviously behind a huge bit of glass. Has he had his breakfast yet, that lion? He's quite intrigued by you." 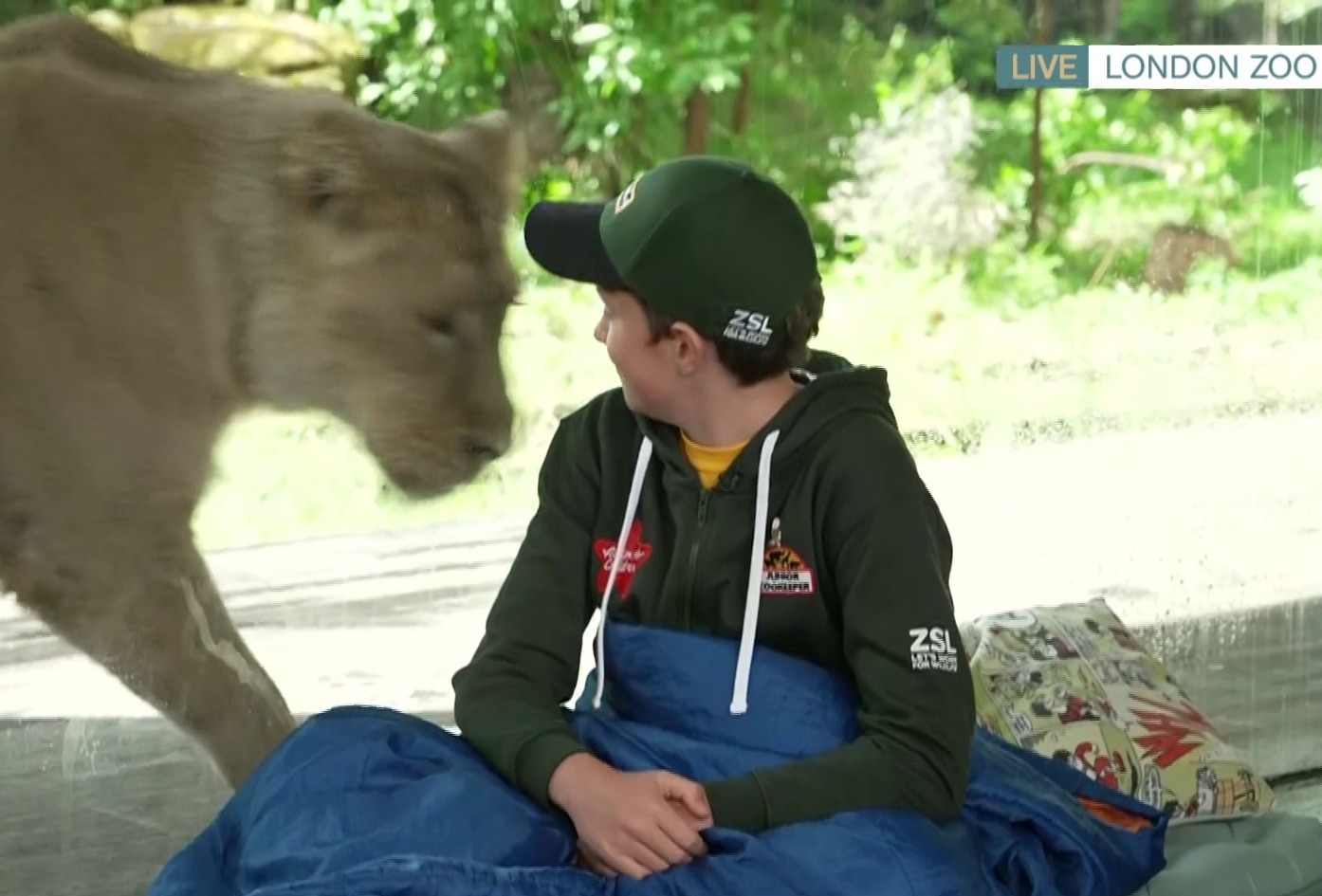 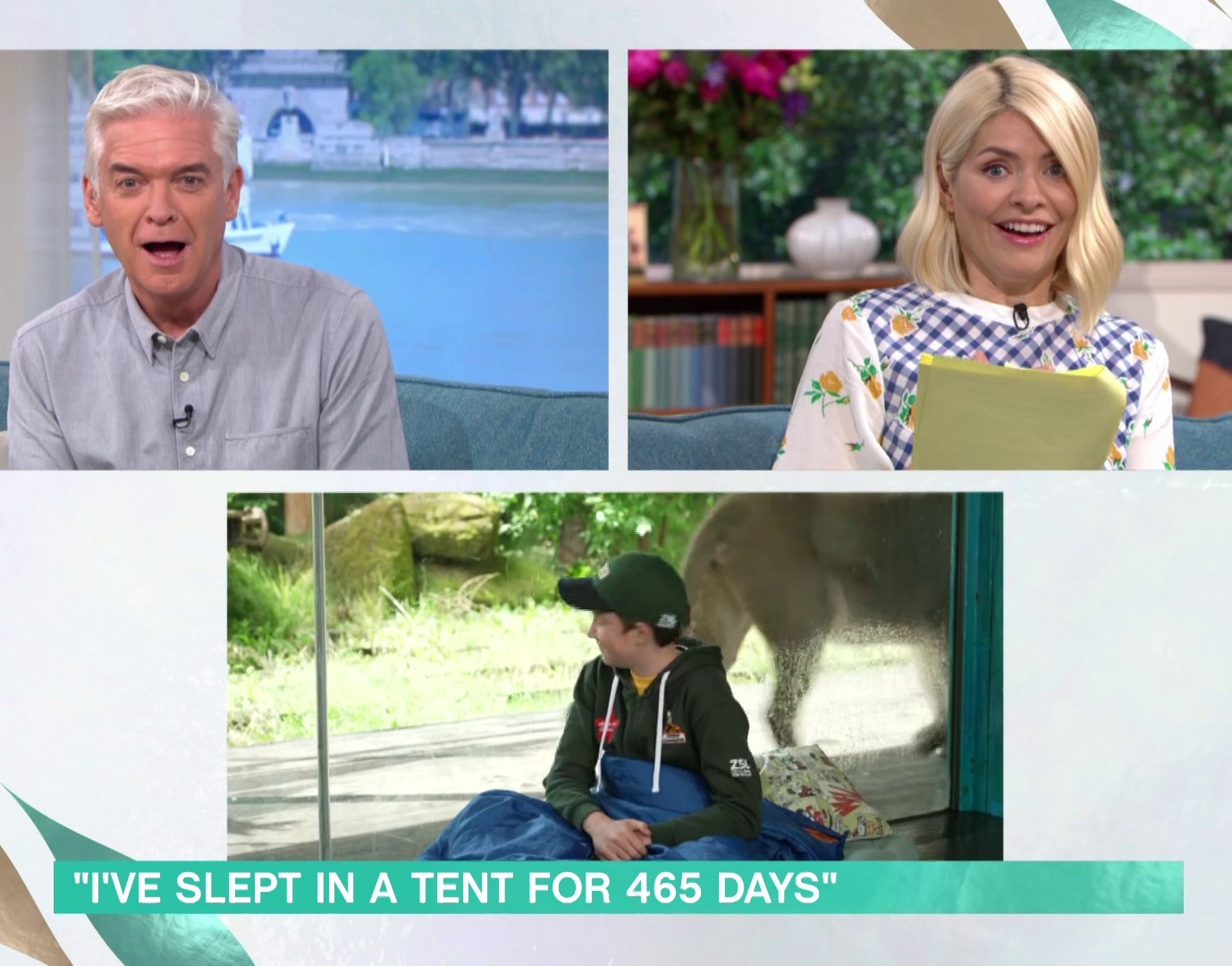 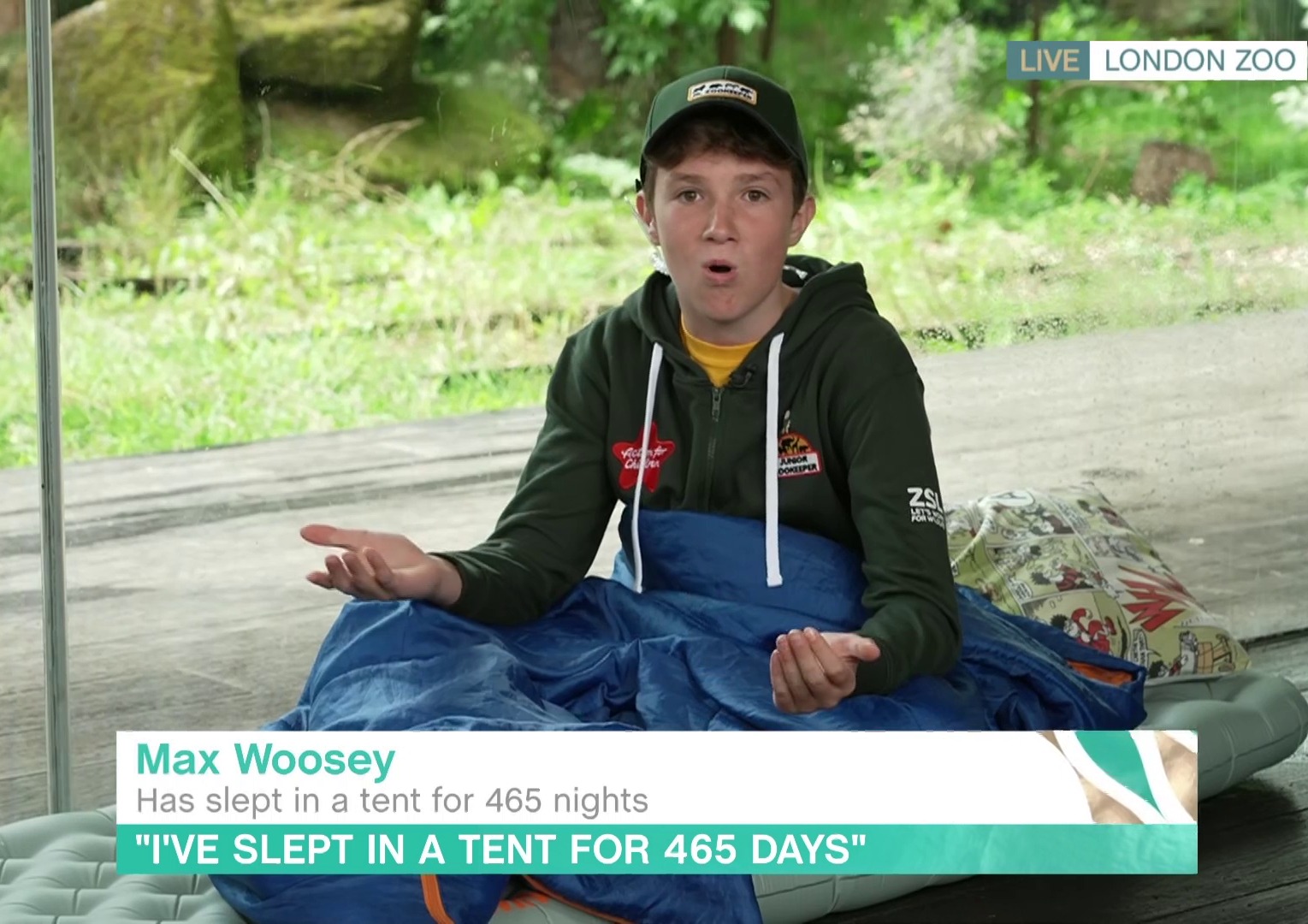 Max has been raising money for North Devon Hospice by sleeping outdoors after a family friend sadly passed away.

Last night he slept next to the animals at the zoo to help support of Action for Children’s Boycott Your Bed sleepout.

Asked how his sleep was, Max explained: "We heard the lions and the gibbons and the tent flipped over because the tent wasn't in properly and the wind just picked up."

One fan joked: "Holly screeching like she's never seen a lion before."