This Morning: Holly congratulates producer for becoming a dad

This Morning was hosted by Holly Willoughby and Phillip Schofield on Monday (July 5) morning and the pair shared some baby news with ITV viewers. The presenting duo announced that there was a new addition to the This Morning family. They told viewers a member of the production team had just welcomed a new child.

Holly and Phillip shared some good news with This Morning viewers as they announced one of their co-workers had become a father.

Phillip revealed the big news, saying: “We want to say a huge congratulations to one of our producers, Sam, who is responsible for some of the amazing films we feature on This Morning.”

Holly announced: “Sam and his wife Becky welcomed baby Huckleberry on Friday and he weighed in at a very healthy 9.5 pounds.

“Well done! Goodness me. Congratulations to all of you,” she added. 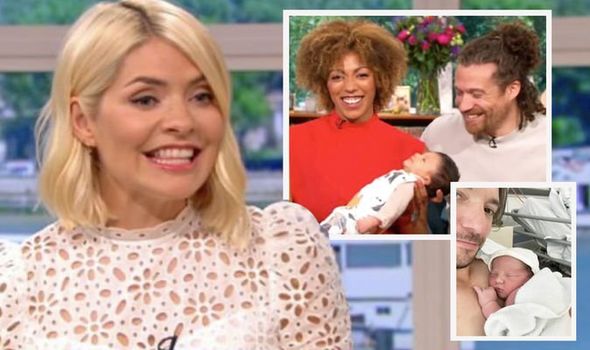 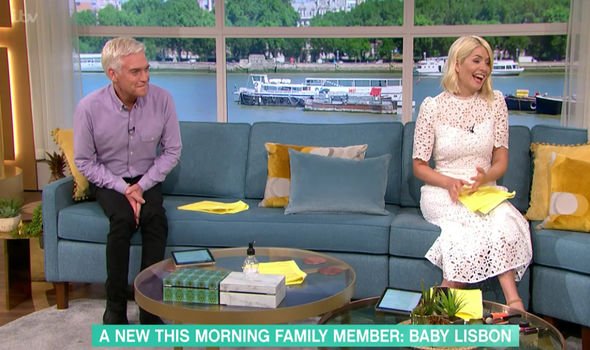 As the presenters revealed good news, a photo of the baby and new dad together was shared on-screen.

However, this wasn’t the only baby news on the show, as Holly and Phillip also welcomed This Morning regular Dr Zoe Williams and her boyfriend Stuart McKay onto the programme.

The couple brought their newborn son with them into the ITV studio to chat about the birth.

Holly introduced them, saying: “Our very own Dr Zoe and her partner Stuart welcomed a new baby. 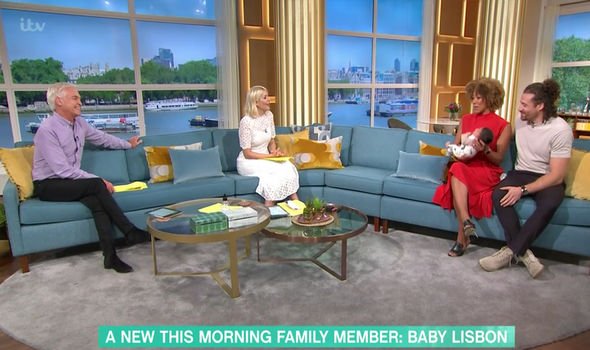 “Baby Lisbon was born exactly five weeks ago today, making him one of our youngest This Morning family members.

“Congratulations to you both. Oh my gosh he is so sweet! This is the thing we look forward to.

“We watch the bump grow and this was the little miracle that was in there,” Holly remarked.

Zoe replied: “Here he is! He’s kind of borderline at the moment. He’s on the verge of crying, but he likes to keep moving.

“I think this is what happened because I was running so much during pregnancy and now he’s used to this movement,” Zoe commented, while bouncing her baby up and down.

During the interview the couple revealed they’d given their son the name Lisbon Lion.

Zoe also opened up about her birthing experience, explaining that she gave birth at home before the midwife had managed to arrive.

Zoe first announced the birth of her son last month in a post on Instagram, alongside a photo of her baby’s tiny hand.

She captioned the post: “So delighted to announce that baby Williams-McKay has arrived and we are all safe, sound and doing great.

“But I promise to share all the details once I’m back online next week.”

This Morning airs weekdays at 10am on ITV.