HOLLY Willoughby fans are all saying the same thing after spotting her carpet in a rare home video.

The 40-year-old star delighted fans with a glimpse inside her London home last night, taking to Instagram to share a video of her cat Bluebell adjusting to life with new dog Bailey. 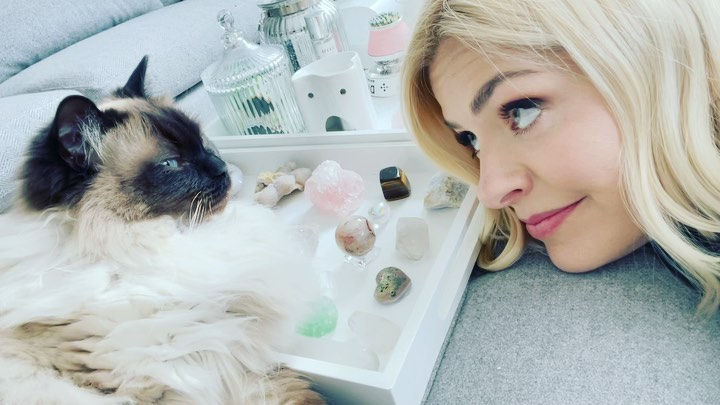 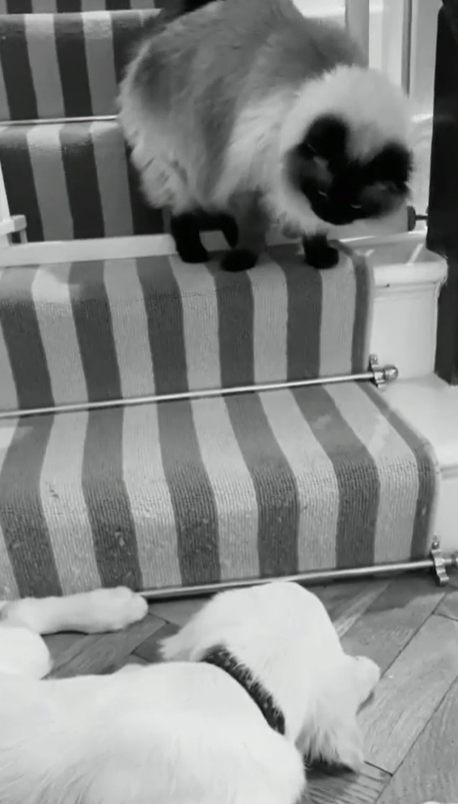 But eagle-eyed followers were more interested in the state of her furnishings, and were delighted by what they found.

In the clip, Bluebell can be seen tentatively making her way down the stairs while Bailey lays at the bottom.

The staircase has a carpet runner going down the centre, with fans clocking that the striped material had been clawed by the feline.

And they were reassured that TV royalty like Holly is just like the rest of us when behind closed doors.

Taking to the comments, one fan wrote: "I am embarrassed to say I did a 'hi five' first that even Bluebell claws your carpets too!"

Another gushed: "Love this 😍 I feel better now too. Mine claws mine."

A third said: "The fact that even Holly Willoughby's cats claw the stair carpet makes me feel better lol".

Holly playfully replied to one follower, giggling: "I’m not sure I let her… 😂❤️"

The This Morning presenter introduced the newest addition to their family to fans last week, and revealed today that she will be bringing the pup into the ITV studio for tomorrow's show.

Captioning the video with Bluebell, Holly explained: "Introducing a puppy to a cat has to be a slow and gentle process. I installed a baby stair gate so that Bluebell would feel safe and have the run of the house upstairs.

"Over the course of a few weeks, she ventured down, one step a day, until this happened at the weekend. One small step for cat, one giant leap for our family…🐾" 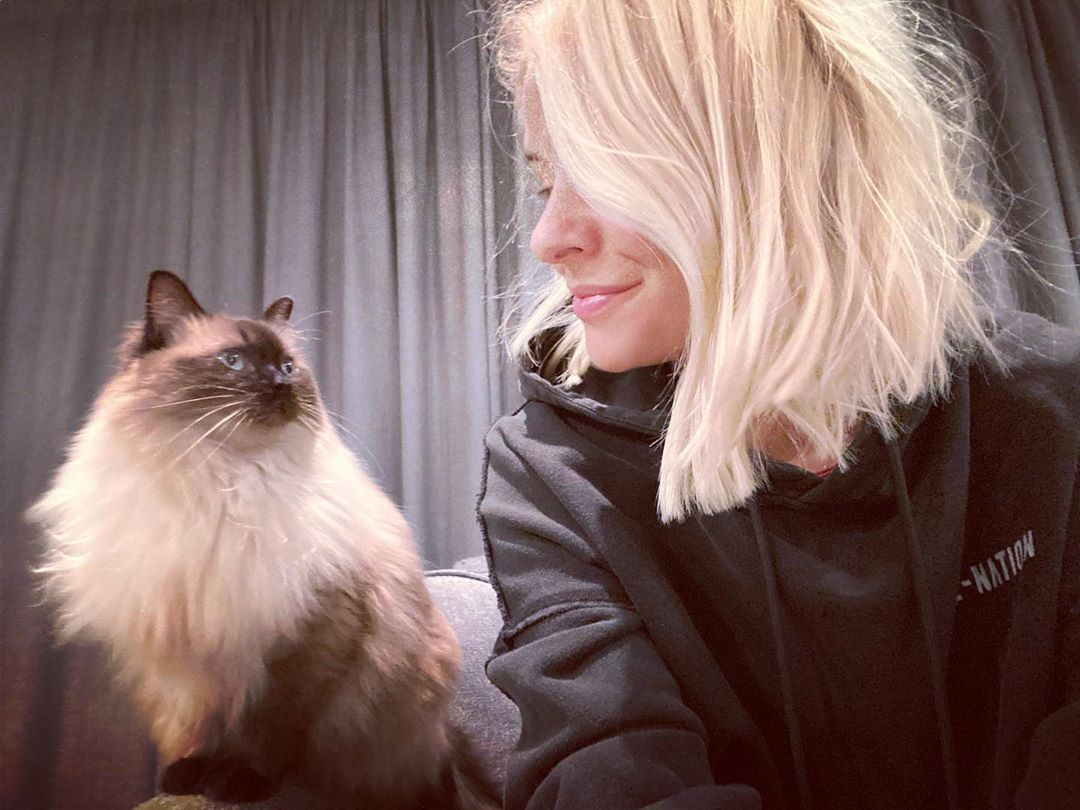