EXCLUSIVE: Check your fear of heights at the door for this one. Discovery+ has set a June 5 premiere date for Pushing the Line, a docuseries about the not-for-everyone sport of highlining. Jersey Shore’s SallyAnn Salsano is executive producing via her 495 Productions. Watch a clip above.

For the uninitiated, highlining is a subset of slacklining that involves the counterintuitive act of walking on a line hundreds of feet above the ground on a 1-inch rope that’s thinner than your belt. It takes athleticism, balance and stamina to walk a long line — but it takes mental toughness even to attempt it.

The series follows some of the top highliners and the up-and-comers of the sport, who live together and push one another to take on the craziest places to set lines and break records. Pushing the Line looks at what motivates these fear-be-damned athletes to risk it all every day.

For 30 days, cameras captured some of the sport’s heavy hitters including Spencer Seabrooke, who has broken multiple records including the world record for the longest free solo slackline ever in 2015; Andy Lewis, the godfather who helped invent the sport and appeared with Madonna at the Super Bowl; and Mia Noblet, who holds the world record for longest walk (for women and men). Nipping at their heels is a group of young, hungry athletes and personalities looking to put their name in the record books.”

“This sport is not just about walking on a line,” Seabrooke said. “It’s about living life to its fullest.”

The crew will set new lines or attempt new stunts every week in some of the most beautiful and challenging locations in the American West – including Moab’s iconic Fruit Bowl, where a line is strung 500 feet above the desert floor. The team also will climb the 400-foot Castleton Tower to string lines from one ledge to the next and take on the Colorado Rockies, where they’ll attempt to break the U.S. record with the highest kilometer walk.

Side plot: While what they do on the line is wild, their life together off the line can be crazier. Exhibit A is the couple who got married while suspended over the Fruit Bowl — a wedding viewed millions of times on social media. Now divorced, the couple is figuring out how to co-exist with each other for the first time. 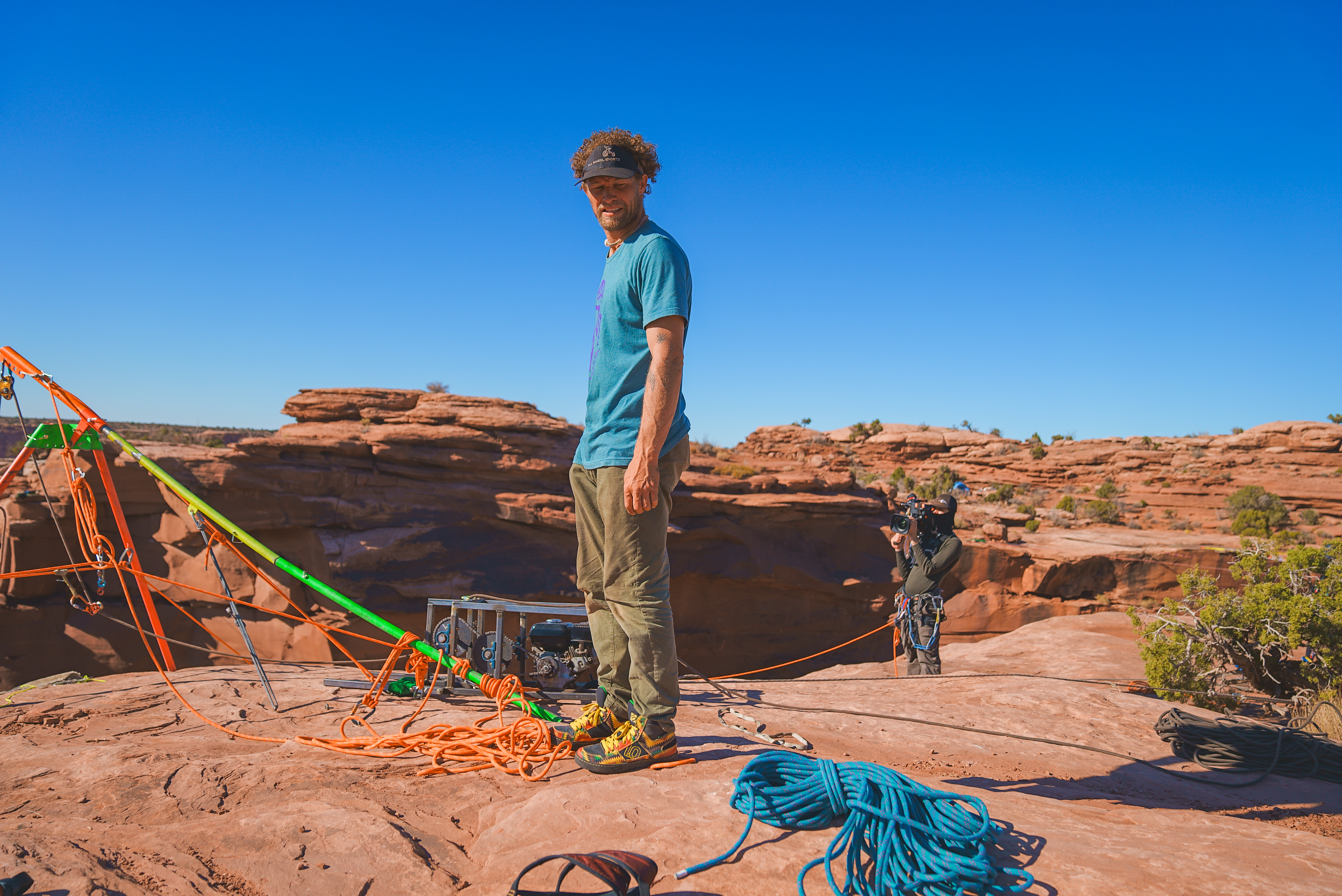