Season 2 of “Hanna” is brighter than the first. The show that once tracked its title character (Esmé Creed-Miles) through the Romanian wilderness and in grungy hideouts arrives with a renewed sense of purpose in a fresh set of locations. Sterile interrogation rooms give way more angular holding cells. The stereotypical brainwash aesthetics that popped up as the net of the show’s main conspiracy? In this new season, they give way to pastoral walks and Mediterranean destinations, each with their fair share of pastels.

It’s not just the changing color palette or the extra dose of sun that makes Season 2 such a marked improvement. It’s the other elements of this tangled espionage narrative that makes those changes necessary. The program that led to Hanna’s kidnapping in the first place, largely a whisper until the opening season’s climactic blowout, is now front and center. Set in an idyllic rural English castle, a small regiment of other teenage girl superagents are not just being trained in the ways of kneecapping targets and long-range sniping enemies. They’re being force fed “normal” teenage behavior, too.

So amidst the weapons guidance and tactical maneuvering, there’s a strange high school drama bubbling underneath Season 2. For reasons that early episodes describe, many of the familiar players left alive after Season 1 get drawn into the orbit of this bizarre secretive academy. But the newcomers are just as vital to elevating this above what used to exist as a padded-out version of a feature-length predecessor. 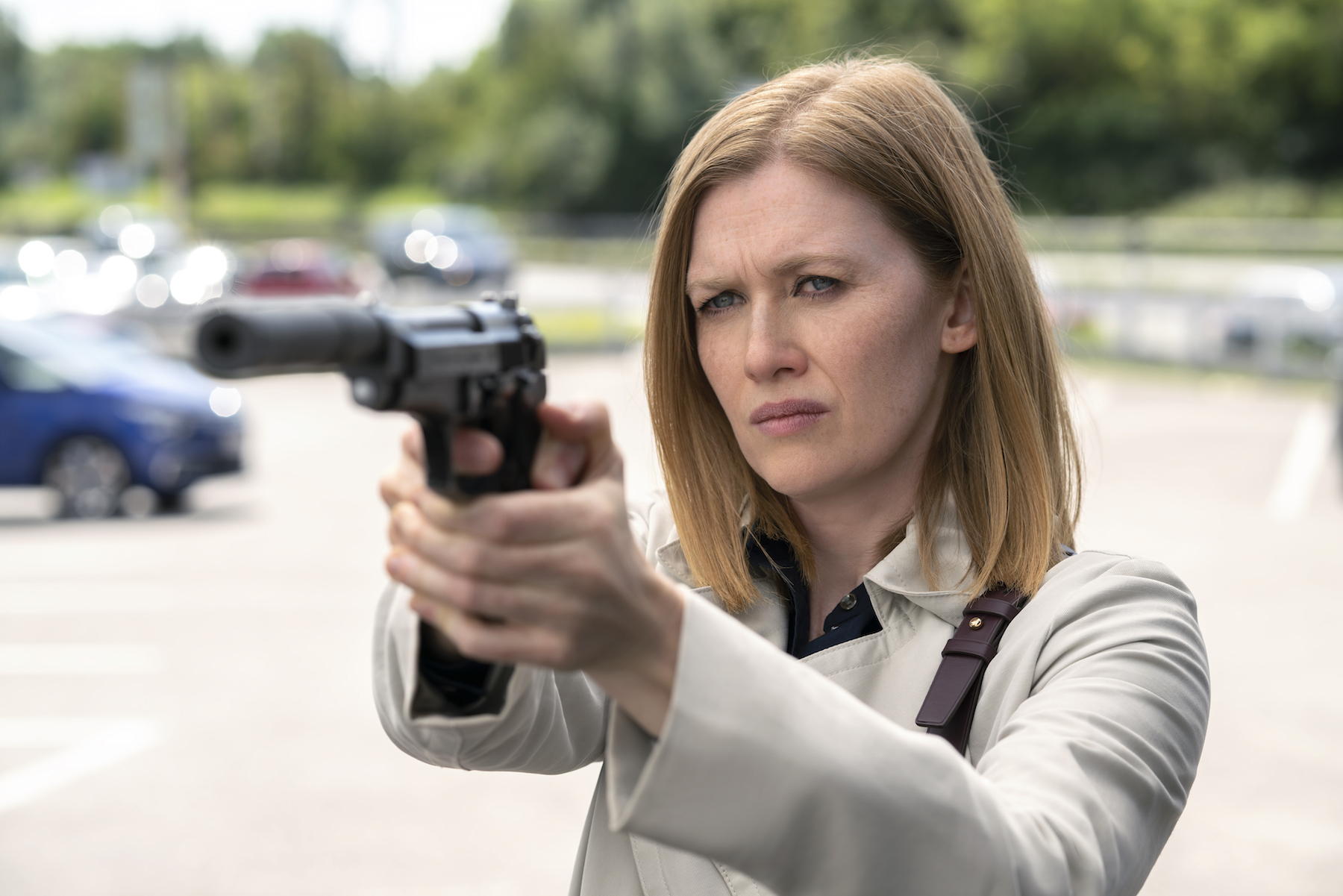 And gone are the program’s previous numbers-only names. As these trainees adjust to what they assume to be the swirling demands of future field assignments, they take on names like Sandy (Áine Rose Daly) and Jules (Gianna Kiehl). Their new identities are prescribed, and part of what makes Season 2 compelling is seeing how fully they commit to those lives and backstories that never really existed.

This isn’t to say that the show has forgotten the intercontinental two-step featuring Hanna and her former pursuer Marisa Wiegler (Mireille Enos). Hanna’s newest objective is securing a second chance at life for new ally and fellow former child trainee Clara (Yasmin Monet Prince). Marisa sets her sights on protecting Hanna and taking down the strange bedfellows keeping her in harm’s way. Chief among those is John Carmichael (Dermot Mulroney), who will similarly stop at nothing to make sure that his grand supersoldier project stays hidden.

To keep all of this intrigue afloat, “Hanna” calls for a very particular kind of performance. The upstart would-be killing machines and the seasoned pros teaching them the trade are all operating on a series of cloaked facades. Each line drips with double meaning, especially when the audience isn’t kept in the dark on everyone’s various side deals. There are plenty of special effects in this season, but dramatic irony is both the cheapest and most effective. It allows Mulroney to be deliciously slimy. It keeps Creed-Miles motoring forward with the efficiency and psychological gymnastics that makes a character like Hanna work. And enough cannot be said about how in control Enos is at seemingly every moment, even when Marisa finds herself compromised.

That laser-focused balance of tone extends through to the school support staff. Leo (Anthony Welsh) makes for a fascinating do-it-all lieutenant. Terri Miller (Cherrelle Skeete), the behind-the-scenes architect of all the girl’s biographical data, embodies some of the ethical wariness that the show’s first season rarely had time to engage with. Along with Monet Prince, Daly, Kiehl, and the rest of the unconventionally conventional student body, “Hanna” finds space in Season 2 for a flurry of fantastic performances that fill out the murky, grey area surrounding Hanna herself. Where the show used to feel like two blunt objects rammed together in different cities around Europe, this season is a more artful balancing act. (This might be a good time to point out that, while Farr is the credited writer on all but one episode of Season 1, the Season 2 credits reflect the contributions of a larger writing team.) 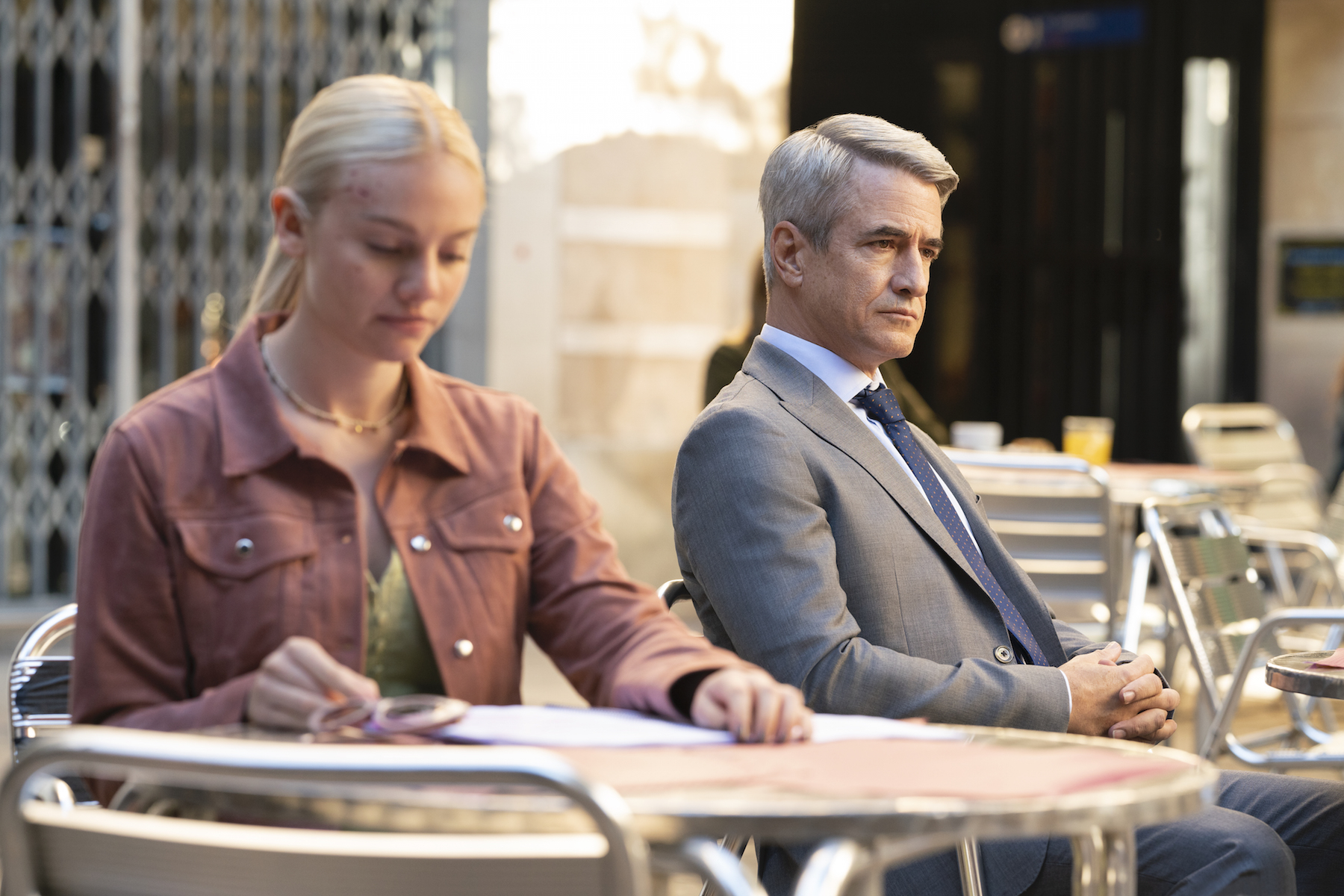 In a way, “Hanna” has fully embraced all of its approximations. These teenage girls draw on lives given to them by people without their best interest at heart. Marisa realizes that she can only be so much of a mother to Hanna. Nearly all of the series’ alliances are built on deceit and ulterior motives. This parade of competing illusions should be jarring, but “Hanna” seems to have arrived at a point where it can use them to the show’s advantage.

Some of the lingering shortcomings of Season 1 still remain. You can only have so many big crossfire shootouts where every named character escapes unharmed. And more often than not, what gets presented as a major twist is information that would probably serve the story better if the show didn’t need to keep finding artificial ways to hide it from the audience.

Especially where Hanna and Marissa are concerned, knowing what these characters are communicating with a slight nod of the head or what’s fueling any hesitation in a heated moment is what “Hanna” builds to best. With a bigger pool to draw from, the people leading the pursuits in Season 2 are all the better to follow.