Fans are convinced that Jackson Avery has had too many romantic interests on Grey’s Anatomy. The love triangles surrounding the plastic surgeon, played by Jesse Williams, shadow his character development. Although Avery involves the hottest scenes — hooking up with women in a laundry room among other places, his romantic relationships are getting tired.

Jackson has been romantically involved with Lexie Grey, April Kepner, Maggie Pierce, and Stephanie Edward. He also kisses Christina Yang though the moment is short-lived. 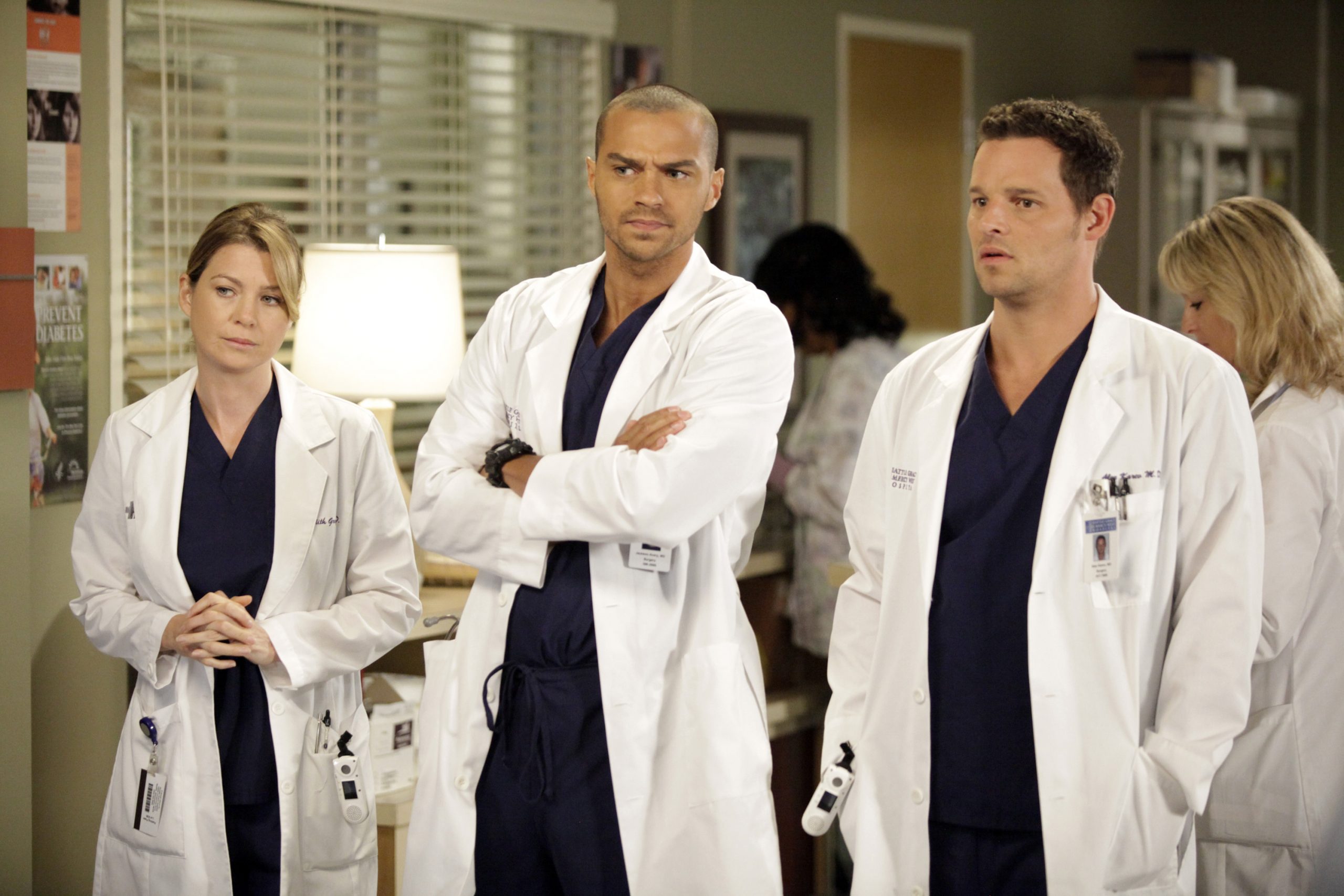 Mark Sloan requested Jackson to be close with Lexie, to intentionally find out if Lexie is desperate without Mark. However, Jackson being Jackson, things took another turn, and the two grew closer and even ended up having sex in the shower.

But Jackson notices that Lexie is not over Mark despite her claiming so. Later, Jackson was interested in the Plastics Posse, as Redditors call it, and he wanted Mark to teach him. To avoid any conflicts with Mark, he broke off the relationship with Lexie.

Drama, romantic scenes, and unimaginable sex escapades occur between Jackson and April. The two lovebirds share some steamy intimate scenes on the show and officiate their union by taking vows later.

Their connection and romance were super-contagious and full of drama. However, after dating for a few weeks, the two break it off and move on with new partners. April even plans a wedding with Matthew, and on the day of the wedding, all hell breaks out.

The two get married, but conflicts erupt on how to raise their children despite their cultural differences. The disagreements make April leave home to move-in with Arizona and Callie. Later they mend their differences, and April finds out she is pregnant.

But more trouble surrounds them on the revelation that their unborn son may suffer from osteogenesis imperfecta, which is a genetic disorder involving the bones, according to Kids Health. The two disagree on the most viable approach, with Jackson suggesting the pregnancy termination while April wants to carry the pregnancy to maturity. Later their son is born and dies after a few hours. The traumatic episodes cause a drift in their marriage and later divorce indefinitely.

The fun and light romantic episodes between Stephanie and Jackson bring out another uninteresting storyline of Jackson. However, Jackson is not into that relationship, and for him, it’s just a fun and no-string-attached relationship. But Stephanie views the relationship to be more than that and is infuriated with how things ended.

During April and Matthew’s wedding, Jackson confesses his love for April, leaving Stephanie in a weird situation. To the fans that betrayal was overrated, he clearly manifested his feelings for April despite claiming he had already handled them.

Additionally, Jackson is involved with Maggie, and fans were so infuriated by how he treated the emotionally delicate woman. He even ended the relationship claiming it was broken and beyond repair in the most insensitive manner.

In recent episodes, Jo needs a rebound, and she chooses Jackson. Although the relationship’s direction is still unpredictable, it reveals the lohttps://www.cheatsheet.com/entertainment/greys-anatomy-why-camilla-luddington-originally-thought-her-role-on-the-show-was-not-meant-to-be.html/ve for Jackson’s women’s side.

Jackson’s storylines were mainly formed around women ignoring the nitty-gritty of his career and personality. Fans on Reddit commented that so much of the storylines are around women, and they are not there to watch the boring turning of his romantic sideshows. The show should have developed other storylines focusing on his medical path and his development as a character.