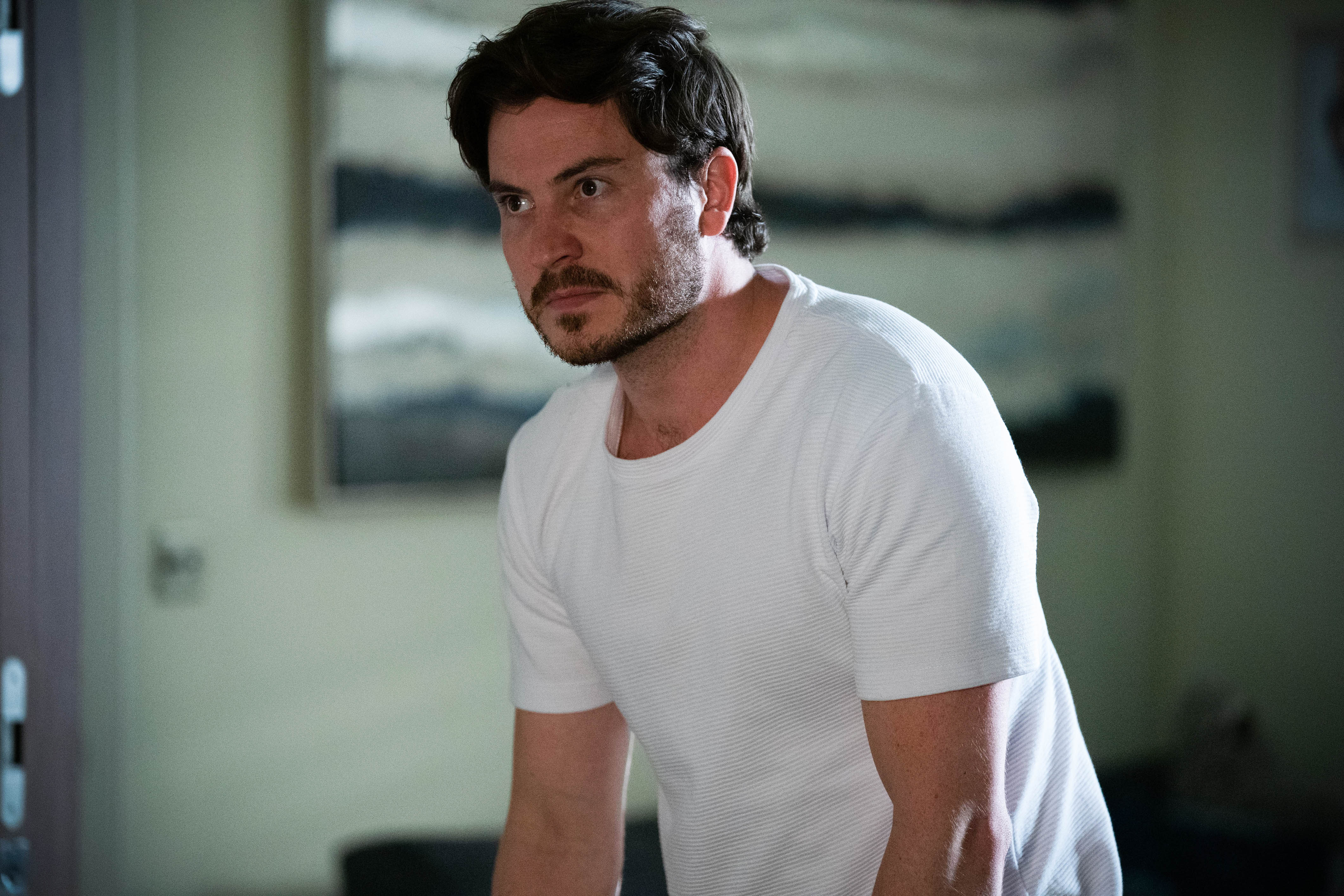 The vile killer, who has claimed three lives since rocking up in Albert Square two years, has been in a relationship with Chelsea for several months now.

The two have been enjoying one another’s company, but Chelsea has been given a number of reasons to question what her beau is capable of.

And next week, there’s another, as he lashes out in shocking scenes.

Chelsea goes out ring shopping for Denise (Diane Parish) with Jack Branning (Scott Maslen) and Kim (Tameka Empson), but she soon spots a piece of jewellery that she likes in the pawn shop.

After some deliberation, she buys the ring that’s caught her eye, but little does she know what’s in store when she arrives home.

Gray, recognising that the ring on her finger is Chantelle’s (Jessica Plummer), furiously orders her to take it off!

Chelsea, evidently shaken, relays what happened to Kim and Jack. Jack, however, doesn’t think anything off Gray’s behaviour. In fact, her berates Chelsea for her lack of empathy!

Jack later confronts Gray over the ring, but the evil killer brushes him off, desperate to make things right with Chelsea. But will he succeed?

Speaking about the dynamic between Chelsea and Gray, actress Zaraah Abrahams told Metro.co.uk: ‘I think initially it’s just for her gain but there is an attraction there and it’s not just because of the money.

‘It started out as a bit of fun but they spend a lot of time together, he ticks boxes for her and feelings grow, there could be a future for them in her mind.