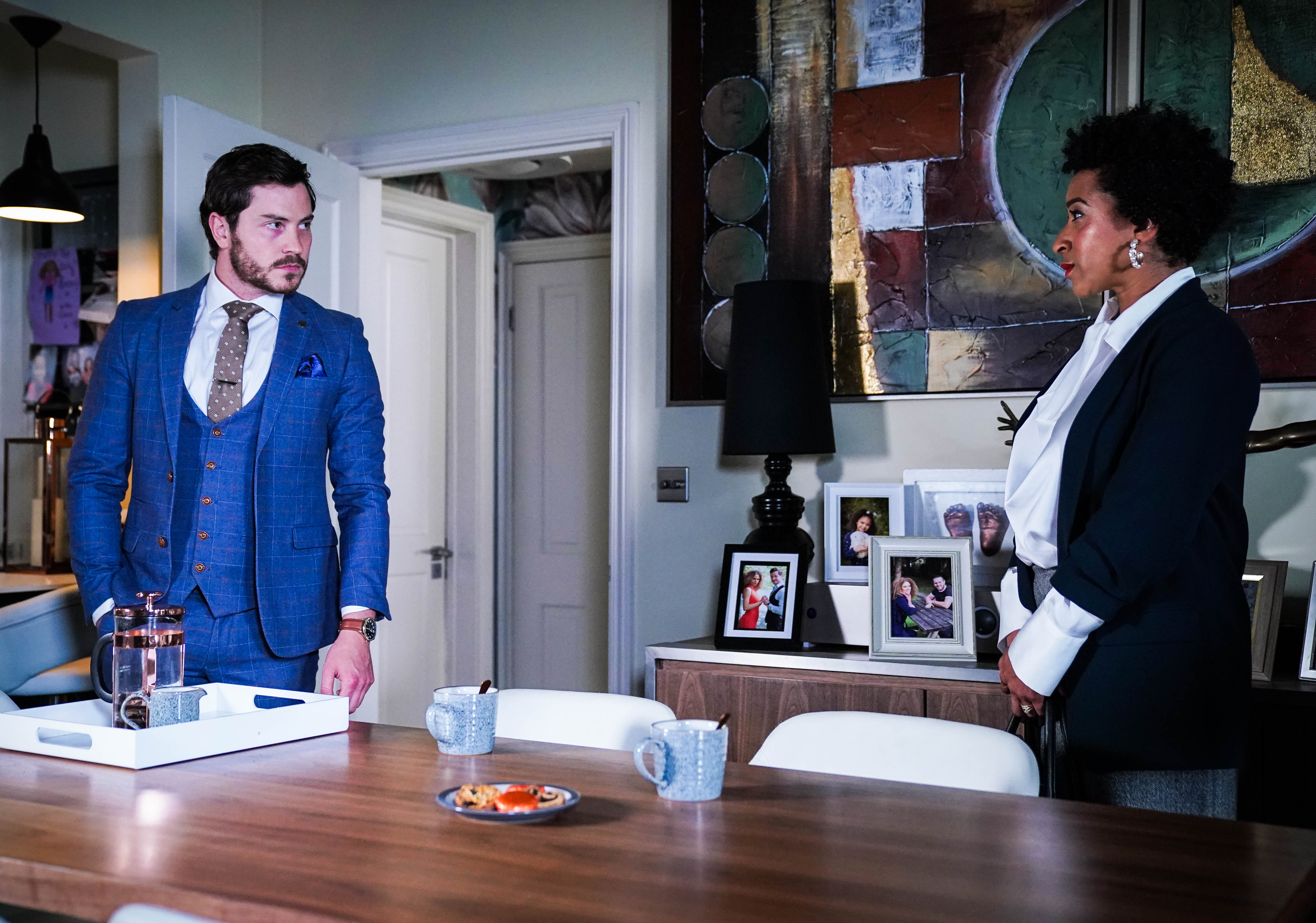 Gray Atkins (Toby-Alexander Smith) is used to getting his own way, so you can imagine just how livid the EastEnders killer is when he’s sacked in upcoming scenes!

Having been issued with a caution at work, Gray is not really in the best frame of mind right now, but his mood darkens next week when, with money problems left, right and centre, he receives a visit from boss Laura.

Laura, interestingly, has a HR rep present with her, and she wastes little time in informing Gray that he’s been fired!

Viewers will know that Laura has long had her reservations about Gray, seeing through his facade, and calling him out on his awful behaviour towards those around him.

Chelsea Fox (Zaraah Abrahams), meanwhile, is splashing Gray’s cash like there is no tomorrow, and as she brags about the clothes she’s bought, the killer shows up with his credit card bill.

Gray’s angry, but Chelsea isn’t in the least bit bothered, claiming that it’s not her problem!

Seething with rage, Gray decides to take action, as he heads into The Queen Vic and confronts Shirley Carter (Linda Henry), telling her that he saw Tina (Luisa Bradshaw-White) on a bus!

Fans of the BBC One soap will know that Gray murdered Tina on Boxing Day last year in sadistic scenes.

In the wake of his revelation, Shirley and Mick (Danny Dyer) pop by No. 1, asking Gray to reveal everything that he knows about Tina.

The lawyer claims that he cannot be 100 percent certain it was Tina, but he reckons it was.

Just what is he up to? And how much more heartache will he put the Carter clan through?