Good Omens follows a couple of misfits from other worlds: An angel, Aziraphale (played by Michael Sheen), and a demon, Crowley (David Tennant).

Unfortunately the friends have lost the antichrist, and they are both under extreme pressure to find him from their “head offices”.

Aziraphale is under the command of the angel Gabriel, a new character in the Good Omens world who is played by Jon Hamm.

Express.co.uk exclusively caught up with Jon to discuss the brand new character, and how he brought his own take to the new addition.

He said: “The character is new in the sense that it was mentioned in passing [in the book] but he’s not really fleshed out.

“I was super fortunate Neil [Gaiman] was there, so I could ask him: ‘What do you think?’”

Each of Neil and Terry Pratchett’s characters are usually written with an innate humour that is unique from book to book.

So with this in mind, Jon was tasked with bringing an entirely new creature to life for the screen, while Aziraphale and Crowley have had almost three decades to grow and adapt.

However, this wasn’t too difficult for Jon, as he went on: “I had a pretty good idea – given how he wrote the character – what the broad strokes would be.

“I knew he was kind of the boss, I knew he gets in the way more than he solves problems… so I had a couple ways to go about that.” 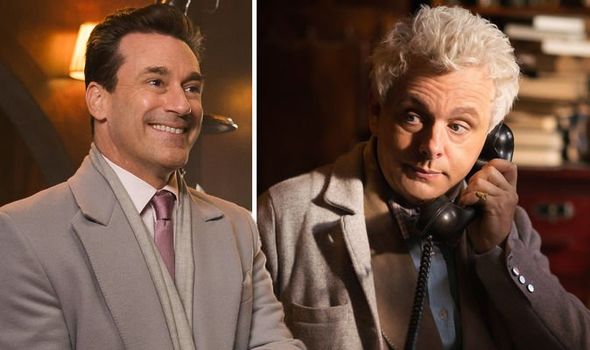 I was super fortunate Neil [Gaiman] was there, so I could ask him: ‘What do you think?’

Some of the finer details had to be run by Neil, of course, as he was on hand during filming.

“[Neil] said: ‘No no no, he should be American and there’s this sort of American confidence I really want.’

“So I said okay, I can do that. So that’s how this guy started – it’s this all confidence and all righteousness and all wrong.”

Although Neil ended up adding Jon’s character Gabriel to the show, he previously removed a line from the book. 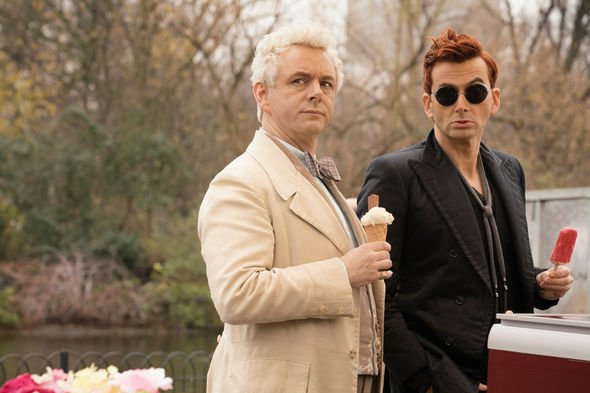 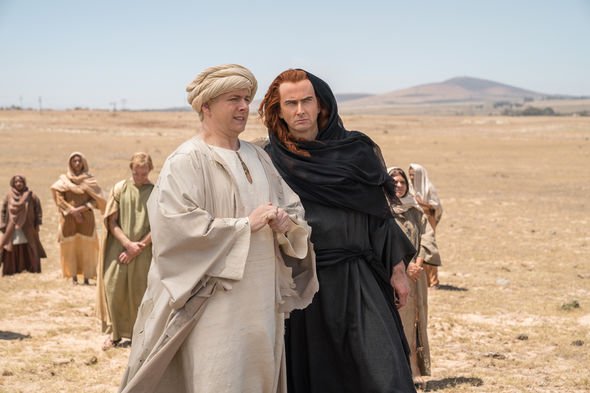 Speaking to Express.co.uk he explained: “The only thing that we had to leave out was a line that we put in at the time because it was all ‘Glasnost-y’.

“In which we said how ‘unlikely it was that international tensions were increasing considering how well everybody was getting along.’”

“That line we got to leave out!”

Neil later spoke about getting rid of 15 minutes of footage as it didn’t make sense for the narrative.