ALEX Salmond's fiery Good Morning Britain interview ended up in chaos when he was plunged into darkness during a debate with Kate Garraway.

The 66-year-old was quizzed on how he plans to work with Nicola Sturgeon if his new pro-independence party, Alba, is successful in the elections. 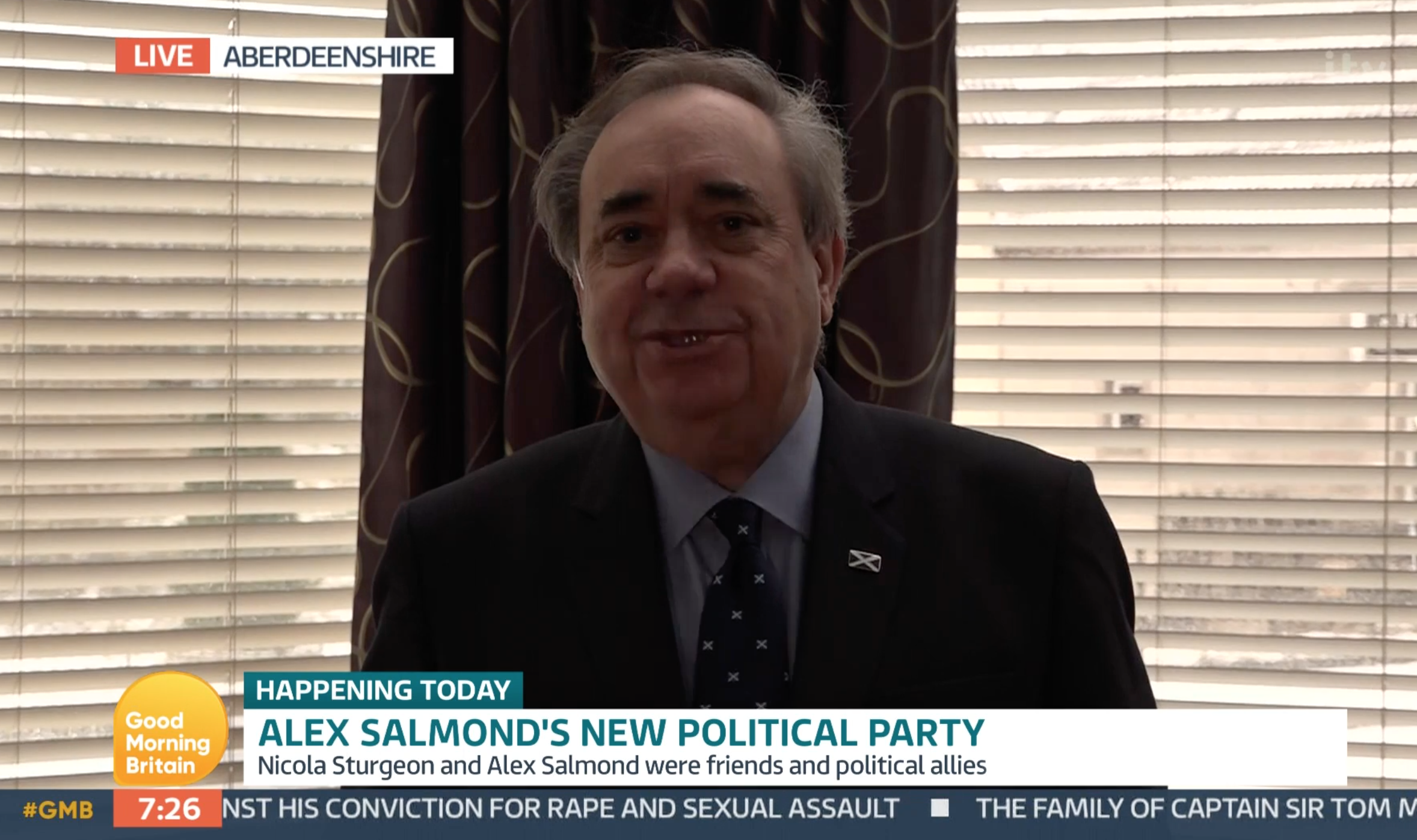 "You can't stand each other, so how is that going to work?", asked host Adil Ray.

Salmond replied: "Because independence for Scotland is a bigger cause than personalities."

The former First Minister went on to dodge further questions about Sturgeon – who he accused of having a "malicious" plot to remove him from public life.

"You have had a very challenging month, there's no doubt about it," Kate told him. 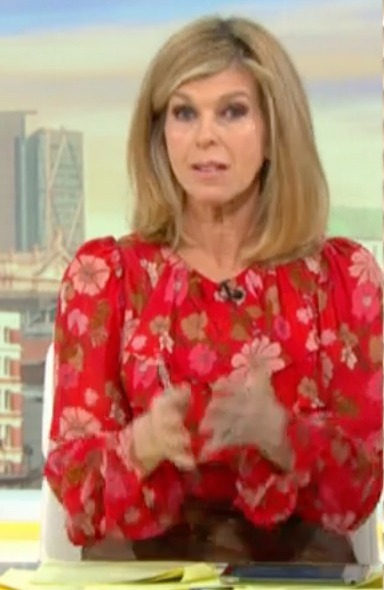 "So we are asking you questions about this because we've seen you in a certain light, involved in a certain story and therefore it's going to come.

"Do you not have to clear up having to work with Nicola Sturgeon and what you feel about what's occurred? Otherwise aren't people going to question whether you're the right person to stand up and lead this party at this point?"

Salmond replied: "The jury was in a year ago and a predominaty female jury acquitted me of all the charges in front of a lady judge. 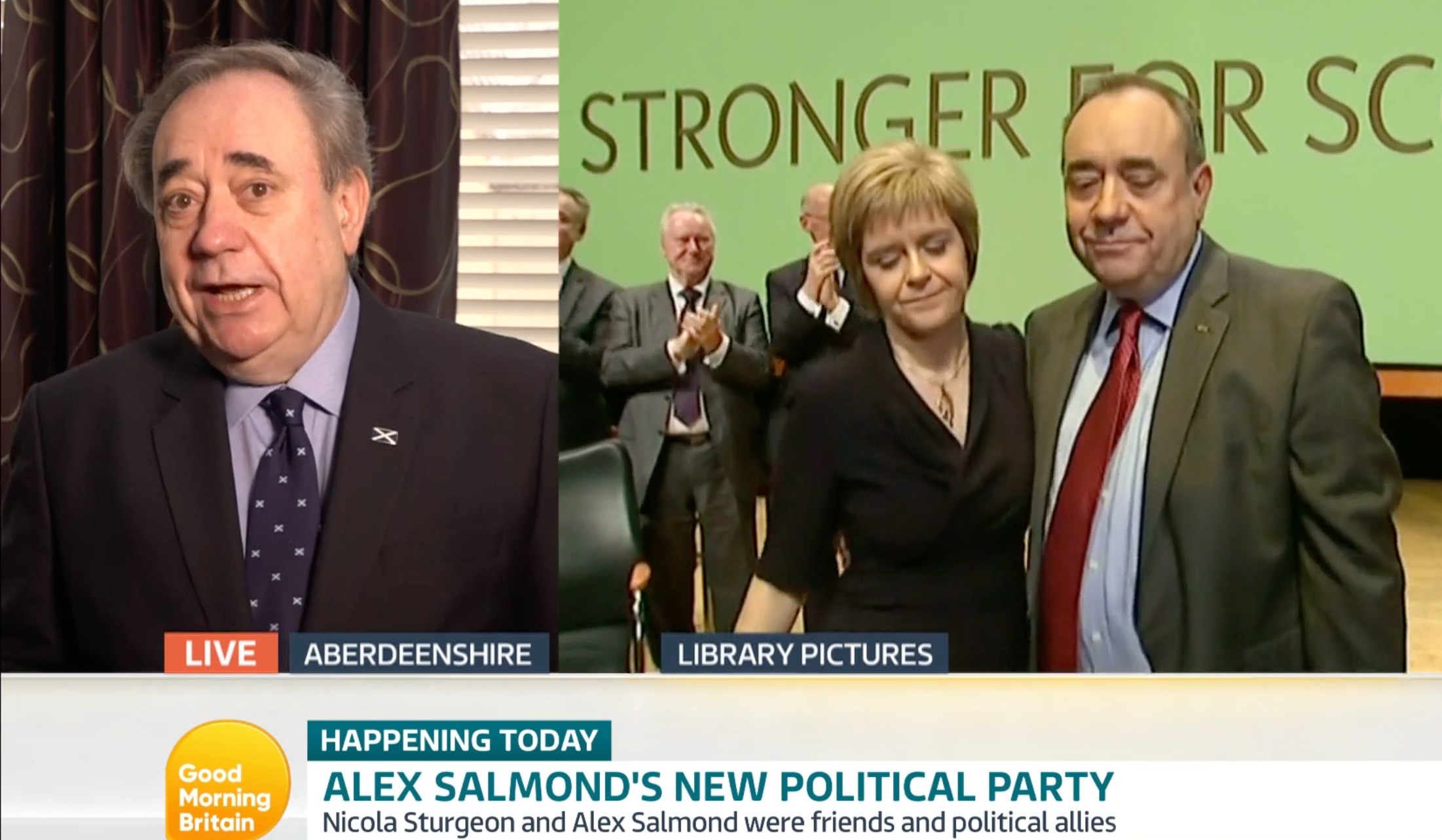 "The key point about that, is what holds us all to get onto a positive future for Scotland."

Trying to get back on track, Salmond shouted Kate's name before his camera lighting died. 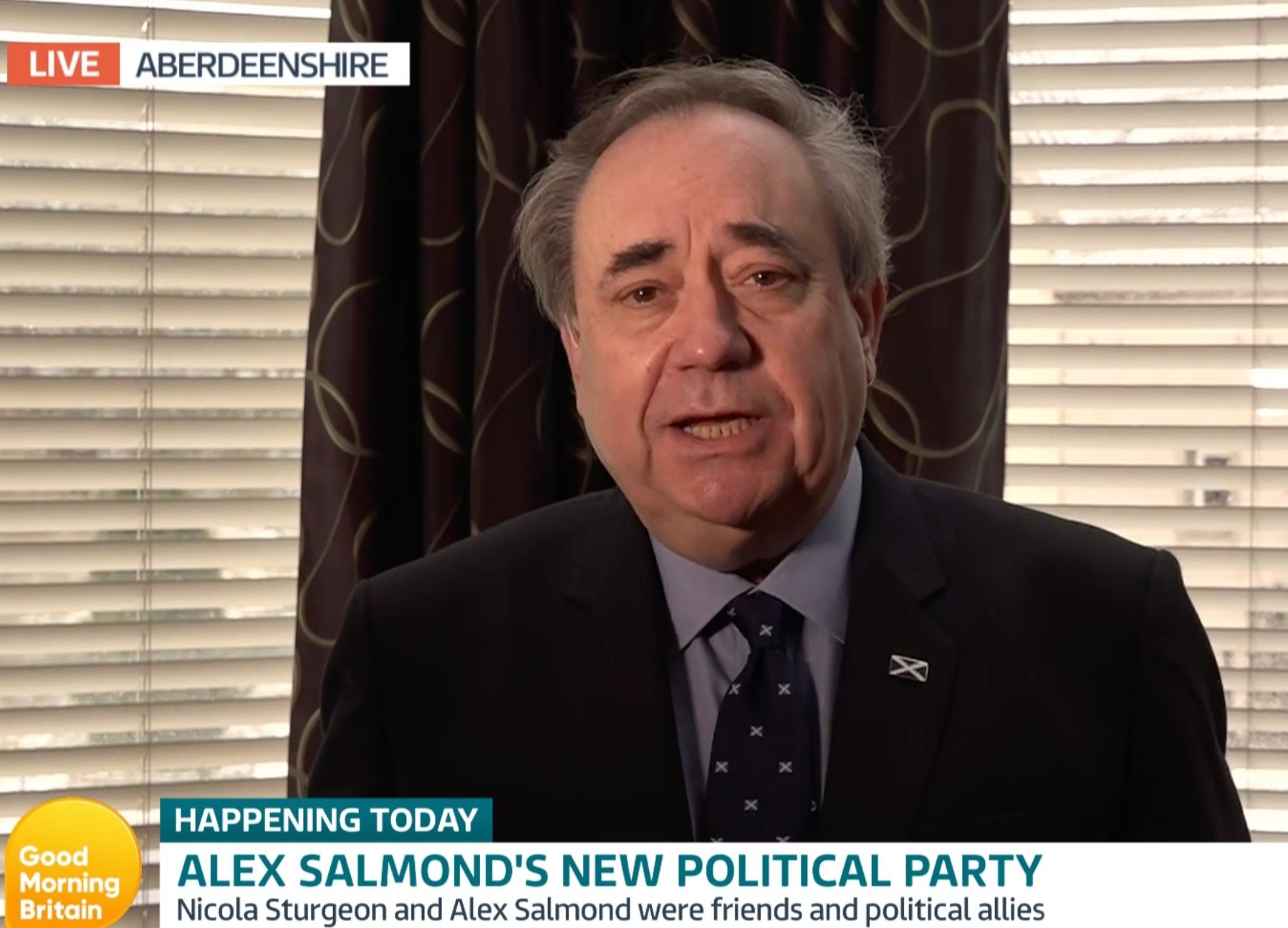 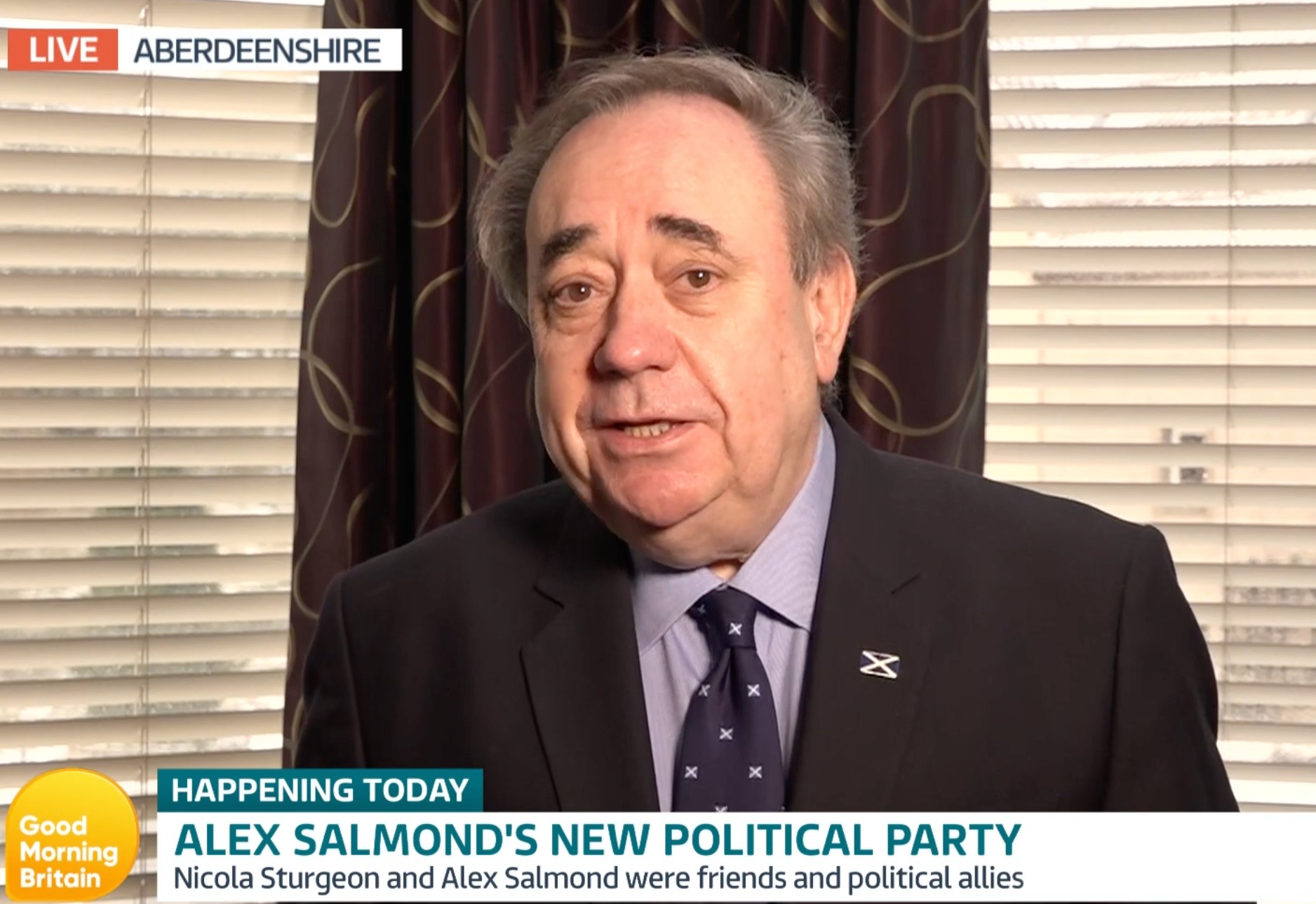 Attempting to carry on the debate, Kate said: "You can't ignore the fact she thinks that."

Adil laughed: "It looks like someone has turned the light off on you by the looks of things."

Refusing to stop getting his point across, Salmond kept talking before the light switched back on and he rejoiced: "Oh there we go."

Last year, Salmond was acquitted of 12 counts of sexual misconduct.

Since then,Sturgeon was found to have misled Scottish Parliament over the allegations and has faced renewed calls to quit.

Investigators said they found it "hard to believe" that Sturgeon had "no knowledge of any concerns about inappropriate behaviour on the part of Mr Salmond prior to November 2017".

Sturgeon insisted she wasn't out to “get” Mr Salmond – and slammed “absurd” claims there was a plot against him.