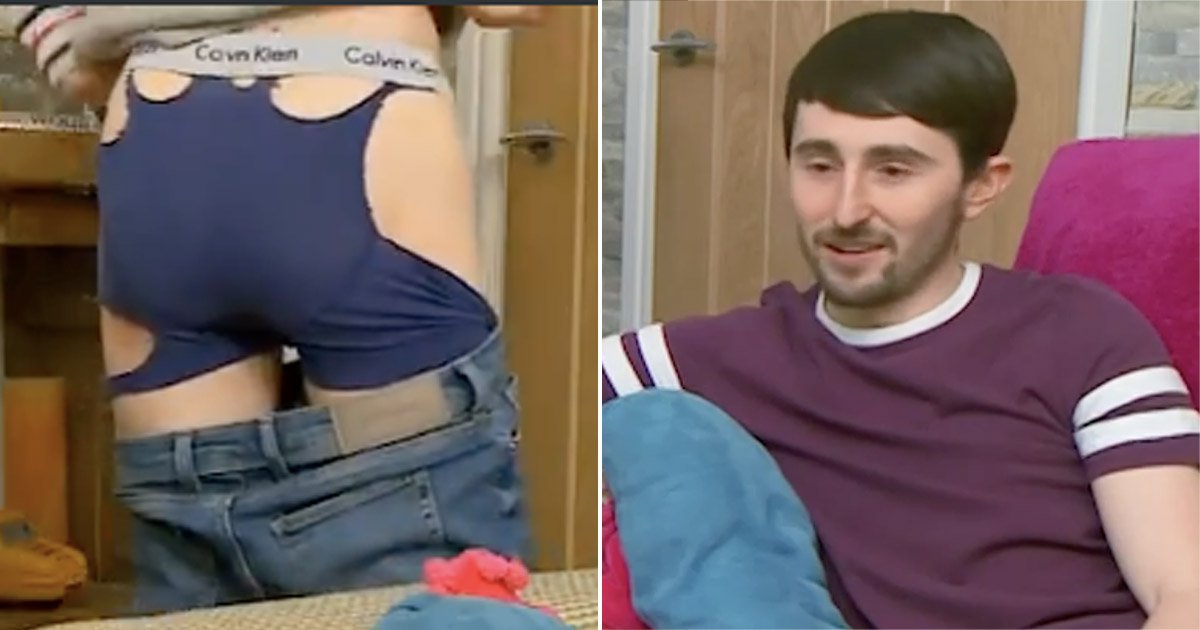 Gogglebox viewers were on the verge of starting a crowdfunding campaign to get Pete Sandiford some new pants after seeing the state of his boxer shorts on the show.

Pete was seen showing his sister Sophie the sorry state of his underwear on Friday’s episode of the show, and it’s safe to say they were best kept hidden.

Sophie was heard screaming: ‘Why?! Why have they got so many holes in?!’ as Pete showed her the extensive tears on his blue Calvin Kleins, which were quite literally hanging on by a thread.

He admitted that he was emotionally attached to the dodgy pants, telling Sophie: ‘I daren’t part, with them – I’ve had them since I was 15!’

Sophie joked: ‘I mean my first question is, how have you got a fiancée?’, to which Pete replied: ‘She’s been asking me to bin them for the whole time I’ve known her.’

His sister was inclined to agree that the pants were due for the rubbish, replying: ‘You need to bin them.’

When you just canât part with your favourite undiesâ¦#Gogglebox pic.twitter.com/ojh82cSqN2

Despite Sophie and Pete’s fiancee’s disgust at the state of them, it doesn’t look like Pete’s pants are going anywhere as he replied: ‘No, another couple of years left in them!’

Viewers were equally as shocked by his tattered underwear, tweeting: ‘Do we need to set up a #gofundmecampaign for @Petesandiford’ and ‘Jesus Christ @Petesandiford wearing Swiss cheese as underpants.’

They’re holier than the Pope, those, Pete! Get ’em binned, man! #Gogglebox

I have never seen anything more hideous than the state of Peteâs boxers! My god man, chuck them in the bin!! ð¤®ð #Gogglebox pic.twitter.com/pnbzJTNe6p

Do we need to crowdfund Pete some new underwear??? #Gogglebox

Is there a fundraiser to get @Petesandiford some new underwear as a wedding present? #gogglebox

Jesus Pete. They are more hole than they are pants ð  #Gogglebox

Others added: ‘I have never seen anything more hideous than the state of Pete’s boxers! My god man, chuck them in the bin!!’ and ‘I thought my comfy undercrackers were bad’.

Pete’s boxers were the butt (quite literally) of several jokes, with fans tweeting: ‘OMG Petes boxers on #gogglebox is actually how I’m holding my life together!’ and ‘They’re holier than the Pope, those, Pete! Get ’em binned, man!’

Something tells us there’s about to be a lot of people sending Pete some new pants in the post after seeing how far past their best his boxers are.