Throughout the first season of Game of Thrones, the evolution of Daenerys Targaryen (played by Emilia Clarke) was unquestionably one of the highlights. After being sold off by her brother Viserys (Harry Lloyd) to the Dothraki, she soon emerged as a worthy leader alongside her new husband Khal Drogo (Jason Momoa). The characters were first created by author George RR Martin and both hold a place close to the writer’s heart. So much so, Martin actually appeared on-screen with the two.

In the very first episode of Game of Thrones, Daenerys and Drogo wed.

In circumstances alien to Daenerys, she watched as members of the Dothraki gathered to celebrate the wedding.

In doing so, dozens of Dothraki presented gifts as well as fighting to the death in one-on-one bouts before engaging in public moments of passion during the ceremony.

It is at the wedding Martin made a cameo appearance – however, eagle-eyed fans will struggle to spot him.

Game of Thrones: What did Emilia Clarke think of finale backlash? 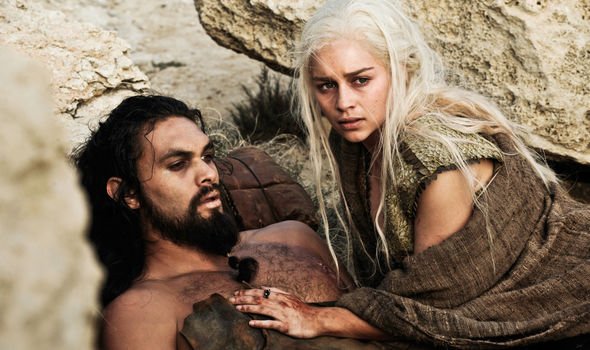 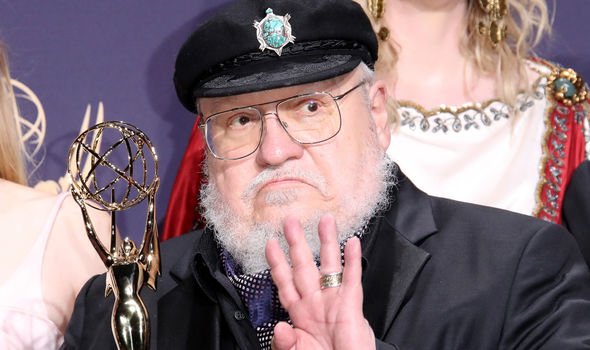 That’s because Martin’s on-screen cameo came in an unaired version of the pilot.

The first-ever episode of Game of Thrones was majority revamped and reshot once commissioned by HBO and Martin didn’t reprise the role.

He played an unnamed Pentoshi nobleman at Daenerys and Drogo’s wedding.

Sadly for Martin fans, he didn’t make an appearance in any subsequent episodes in any of the eight seasons.

However, he did reveal the series writers DB Weiss and David Benioff asked him to star in season eight. 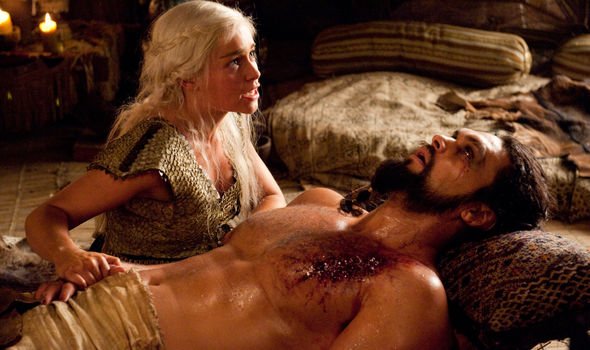 Explaining his decision to decline the offer, Martin said to Entertainment Weekly: “David and Dan invited me to a cameo in one of the final episodes,

“Which I was tempted to do, but I didn’t think just for the sake of a cameo I could take the time to return to Belfast.”

Martin did go into more detail about his unaired cameo with the publication.

He said: “There was a cameo in the original pilot that was cut,

“I was a guest at Dany’s wedding. But all that footage got thrown out when we recast with Emilia Clarke.”

Game of Thrones: Jon Snow star spills all on first scene with Daenerys 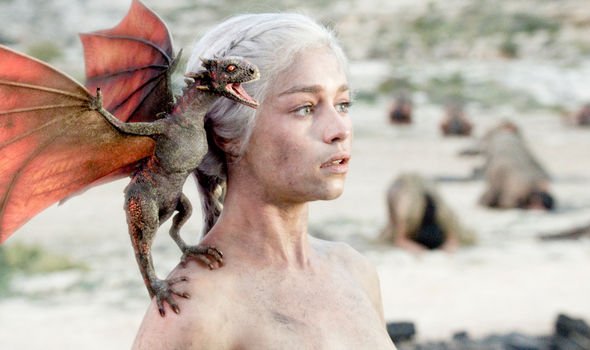 On the screen, Momoa and Clarke only starred opposite one another in season one.

Diogo died and in the season one finale, Daenerys walked into his flaming funeral pyre.

This was the start of Deanerys’s journey to becoming ruler of the Seven Kingdoms.

She emerged from the flames with her three dragons, much to the astonishment of everyone.

The pair have remained friends since Momoa left the series and will appear on BBC One talk show The Graham Norton Show on Friday (October 25).

Game of Thrones seasons 1-8 are available to buy and stream on Amazon Prime now.