There are a majority of adult-skewing movies opening this weekend that were poised to perform poorly, even if there weren’t any concerns about the pandemic.

However, there are two bright spots to be thankful for: Disney/20th Century Studios’ Free Guy is holding up significantly better than expected, bound for an estimated $17.2M, easing an amazing -39%, after a second $5.2M Friday, -50% for what will be a 10-day total of $57.2M.

Meanwhile, Paramount and Spinmaster’s little kid pic Paw Patrol is coming in better than expected, even with a day-and-date drop on Paramount+, with $4.5M yesterday, for what’s looking to be a $13.5M weekend at 3,184 theaters. The movie was originally expected to file in the high single digits. Out of the new stuff, the animated feature based on the TV series has the best CinemaScore with an A- and great reviews at 84% certified fresh. The most immediate comp here due to being a day-and-date animated pic is The Boss Baby: Family Business which debuted to $16M in theaters and on Universal’s 54M subscriber streaming service Peacock. Paw Patrol, we hear, is not booked at Regal Cinemas due to its day-and-date availability on Paramount+. That’s a hard decision in this day and age for an exhibitor not to meet terms with a studio. The pandemic continues, and with that dynamic window experimentation. We hear the parent-kid turnout was 74% last night. 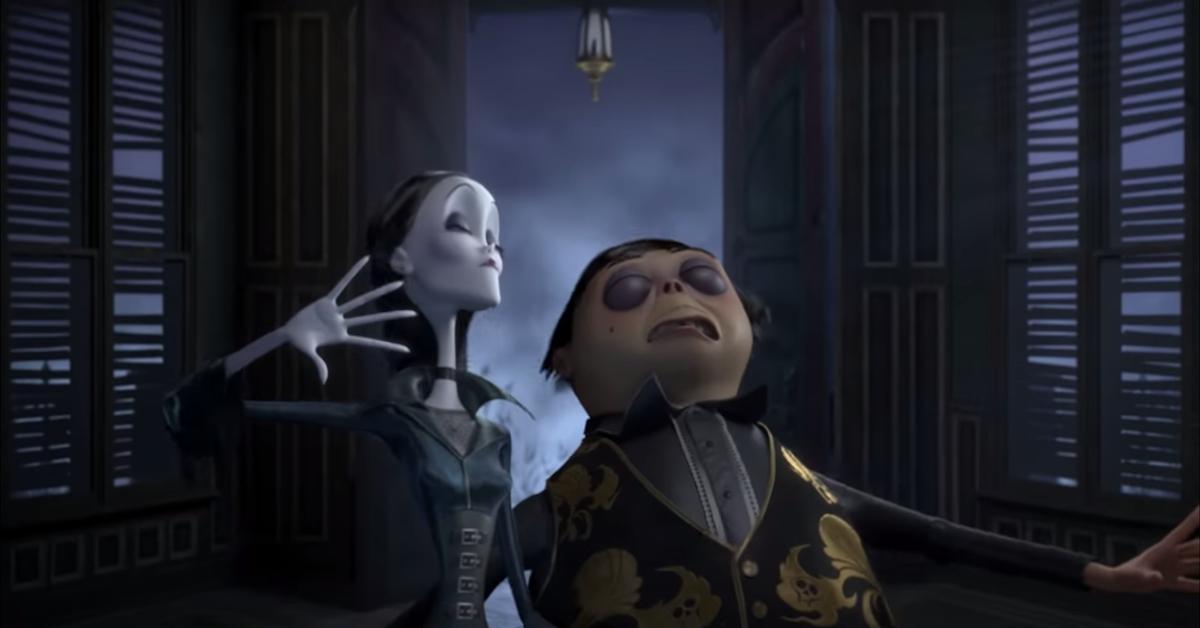 Despite the positive news at the box office, major studios are taking precautions with family films in the immediate fall schedule as the delta variant prevails, and kids under 12 not vaccinated. Last night, MGM decided to go day-and-date theatrical and on PVOD with their highly anticipated sequel The Addams Family 2 after holding strong against Sony for the first weekend of October after the Culver City lot moved Hotel Transylvania 4 onto that date. In the end, Sony decided to go into talks with Amazon to license the fourthquel to the streaming service, in a deal that’s being estimated at $100M.  I hear that most theaters, which are enforcing the vax card policy in New Orleans, San Francisco and NYC; are allowing kids under 12 in as long as they’re wearing a mask, with of course, a vaccinated parent.

More great exits for Paw Patrol: Screen Engine/Comscore’s PostTrak registered audiences who gave the canine cartoon  81% positive and a 67% recommend with kids under 12 praising it at 98% positive and 78% recommend. Moms led the way at 62% female, 42% between 24-44, and 43% under 17 years old. Diversity demos were 35% Latino, 32% White, 13% Black, 10% Asian/other. Best markets for Paw Patrol were in the mid and South-west as well as Canada which we hear is overindexing.

According to Market Insights firm EntTelligence, while Free Guy is dominating the box office, Paw Patrol‘s impressions aren’t far behind thanks to a lot of afternoon shows with an average ticket price of $10.28 compared to $12.90 for the Reynolds movie. The projected attendance for Paw Patrol will be close to 1.3M and Free Guy will be just north of that. EntTelligence uses proprietary technology, machine learning and movie-goer analysis which includes on-site ticket price verification to create its metrics and insights.

All the new stuff is dead weight toward the bottom of the top 10 chart and you can see that in their audience exits, i.e. Lionsgate’s The Protege ($1.1M Friday, $2.76M 3-day, B), Searchlight’s The Night House ($1M Friday, $2.57M 3-day, C-) and Warner Bros.’ Hugh Jackman future romance noir Reminiscence (also on HBO Max) (estimated $666K Friday, $1.93M 3-day, C+). Again, don’t blame the vax card policy, blame the product. The vax card policy is there for moviegoers to feel more comfortable.

How many times have we seen this femme action shoot-em-up movie before? The Protege‘s weekend is under Lionsgate’s Luc Besson’s female assassin movie Anna which tanked pre-pandemic with a $3.6M start and finaled at $7.7M domestic. Protege stars Maggie Q, Michael Keaton and Samuel L. Jackson and is directed by Martin Campbell, and despite OK critics score of 61% fresh, saw a blasé audience recommendation of 51% recommend despite notching an 80% positive score. Older guys turned out at 63%, 83% over 25 with slightly more than half of the pic’s ticket buyers falling between 25-44 years old. Diversity demos were 46% Caucasian, 17% Latino, 26% Black and 11% Asian/other. Most notable markets were the West and South.

Night House, despite having great reviews of 84% certified fresh on Rotten Tomatoes, divided audiences genre audiences given that it’s an arthouse horror pic; two tastes which rarely go together. Postrak is low here with 64% positive, 38% recommend. Those who dared to show up were 52% males, 62% over 25, and 70% between 18-34. Diversity mix was 51% Caucasian, 23% Latino, 11% Black, 15% Asian/other. Lackluster results on the coasts and in the South here for the Rebecca Hall movie. Searchlight shelled out $12M for Night House at Sundance 2020. Still, it’s product for the arthouse.

Reminiscence is another star adult-geared drama from Warner Bros. to wilt this year after Angelina Jolie’s Those Who Wish Me Dead ($2.8M opening, $7.3M final). Two things here with Warner: They had the foresight to notice that the pandemic would last this long with their HBO Max theatrical plan, but also the concern going forward is whether they take some of these risky adult titles either day-and-date on the service, or over a short theatrical window. This despite their commitment to a 45-day theatrical window next year. Audiences didn’t get the package, which Warners snapped up at auction out of Berlin, at 67% positive, 41% recommend. 57% guys, 74% over 25, and 63% between 18-34. Diversity demos were 57% Caucasian, 19% Latino, 11% Black, 13% Asian/other. The most activity the movie saw was in the West and South-east.