Once the boys start to get it — and get really into it — “Magic Mike XXL” alum Luke Broadlick, who’s also coaching the contestants on the HBO Max series, jokes, “We’ve created monsters!”

Here’s the official description for “Finding Magic Mike,” which is produced by Tatum and “Magic Mike” director Steven Soderbergh: “Ten regular guys who have ‘lost their magic’ are put through the paces of a Magic Mike Live bootcamp, baring their souls – and more – as they learn to perform sexy and daring dance routines with one being crowned the real Magic Mike. The winner will pocket a cash prize.” 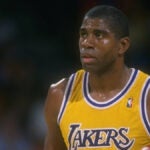