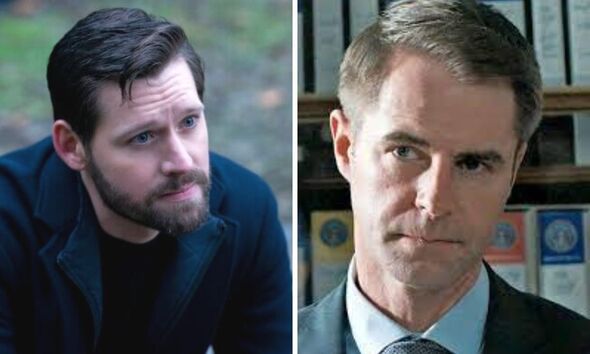 After constantly butting heads with Special Agent Scott Forrester (played by Luke Kleintank), Ken Dandridge (Michael Torpey) took matters into his own hands and tried to force Forrester off the Fly Team for good. However, in an unexpected twist of fate, Dandridge was sent packing which CBS viewers were overjoyed to witness.

As well as non-stop disagreements, Dandridge used his power to threaten Forrester with termination as the leader of the Fly Team.

As the team were investigating the mysterious disappearance of two girls, Dandridge forced his way onto the case with hopes of taking admiration from their bosses.

Without getting Forrester’s approval, he gave a press conference which allowed the suspect to escape with the girls he kidnapped.

Using his connections, Dandridge also enlisted the support of a US senator to spook Forrester and steer him toward his less-experienced way of doing things.

However, Forrester stuck to his guns and was doing all he could to avoid reassignment.

He followed the final lead, which proved to be a success as he located and saved the missing girls.

With Special Agent Zoe McKenna’s (Kelley Missal) help, Forrester was able to learn how Dandridge was up to date on the investigation, without being personally informed.

It was revealed Dandridge had illegally wiretapped Forrester’s phone and was listening to all his conversations.

As well as being bitter about Forrester’s success on the case, Dandridge now also had legal woes to worry about.

While he was exposed, fans took to Twitter with glee with hopes of never seeing him return to the Fly Team.

A thrilled @Kaitlin__floyd tweeted: “Watching Dandridge get called out was so awesome.”

@ReallySeeME added: “Dandridge getting his ass handed to him was immensely satisfying.”

A third viewer @TeresaAustene wrote: “Hey Dandridge don’t let the door hit you on your way out.”

While a sixth viewer @TheKevNation exclaimed: “AHAHAHAHAHA!!!! KARMA’S A B***H AIN’T IT DANDRIDGE?!”

As the actor told TV Insider: “Scott and Jamie will always have an unspoken spark between them, but it’s up to the writers whether that flame continues to burn.”

FBI International season 2 continues Tuesdays on CBS in the US. A UK release date has yet to be announced.