These days, Marvel has the Midas touch when it comes to its movies. But there’s still one Marvel Comics property that fans believe the company can’t seem to get right: the Fantastic Four. Despite several attempts to bring Marvel’s First Family to the screen, most fans believe none has captured the team’s potential. But Marvel might have just teased something epic. 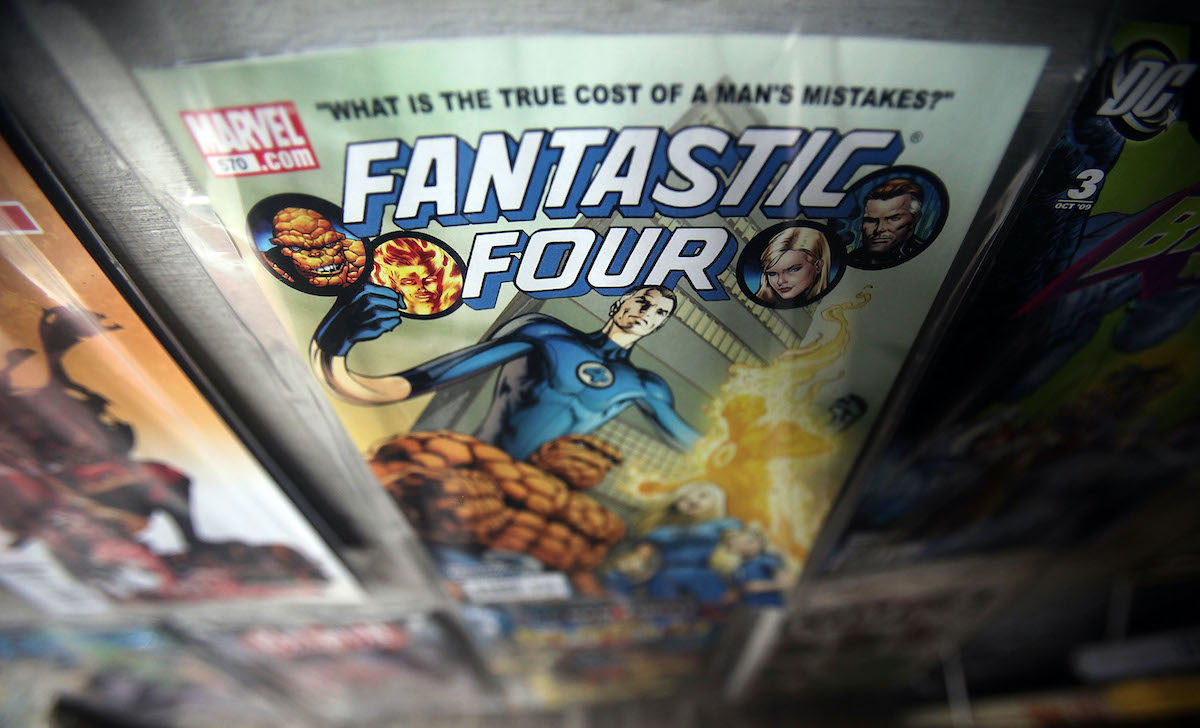 Marvel Studios dropped another tease about its ‘Fantastic Four’

In May 2021, Marvel Studios released an epic sizzle reel for Phase 4 of the Marvel Cinematic Universe. The footage squeezed in a Stan Lee voice-over, footage of several upcoming movies, and a message welcoming fans back to movie theaters. But towards the end of the footage, Marvel dropped a ton of information very quickly, including title cards and updated release dates.

However, perhaps the most intriguing tidbit of all was the final one. Following what appears to be the full Phase 4 line-up, the footage includes a graphic with simply the number 4 and the Marvel Studios logo. Of course, that “4” is specifically the logo for the long-awaited introduction of the MCU version of the Fantastic Four. But what information can we glean from this?

Naturally, the Fantastic 4 logo at the end of this footage isn’t only teasing that upcoming movie. It seemingly confirms that Fantastic 4 — which has no official release date — will serve as the final installment in Phase 4. The return of MCU movies is finally around the corner, starting with Black Widow in July 2021. And Fantastic 4 will likely arrive in summer 2023. Maybe even July 4th weekend?

However, as MCU fans know, the release order of these movies is very deliberate. So there’s definitely significance to Fantastic 4 as the final entry. According to Marvel’s official website, the only detail is the involvement of director Jon Watts (Spider-Man: Homecoming). But its immediate predecessors on Marvel’s schedule could reveal a hint at what’s to come.

Prior to Fantastic Four is Guardians of the Galaxy Vol. 3. Although these two might tangentially tie together, the much more likely lead-in comes right before: Ant-Man and the Wasp: Quantumania. That movie will mark the debut of Jonathan Majors (Lovecraft Country) as Kang the Conqueror. In the comics, Kang’s true identity is Nathaniel Richards, descendant of Reed Richards aka Mr. Fantastic.

Will Marvel top Thanoss cameo in ‘The Avengers’ with another villain?

By that rationale, it feels like a no-brainer for Majors to reprise the role in Fantastic Four. Kang is known for time-traveling, and his origin ties in with the team’s arch-nemesis, Doctor Doom. So Marvel Studios could use Kang as a bridge into the Fantastic Four as well as setting up its own Doctor Doom for the sequel.

After all, The Avengers‘ mid-credits scene featured the first glimpse of Thanos. If Fantastic Four does tie up Phase 4, it will almost certainly tease the Phase 5 villain. Doctor Doom would be the perfect cameo to toy with audience’s expectations. After several botched attempts at matching the comics’ version of Doom, fans are hopeful the MCU can do him justice.