Emmerdale fans were left horrified when David Metcalfe (Matthew Wolfenden) was shot in the stomach in tense scenes – but the actor has now opened up on the fate of his character.

With David’s life hanging in the balance, it was not revealed on the soap whether he would survive the horrific injury.

However, the actor explained on Loose Women: ‘Beyond the shooting and the siege, David does recover and we’ve got a huge week coming up which we’re filming at the minute which has something to do with Meena.’

Recent episodes showed the horrendous siege, with Russ (Rob Jarvis) realising his gun had gone off.

As we panned across, we discovered David had been shot in the stomach. 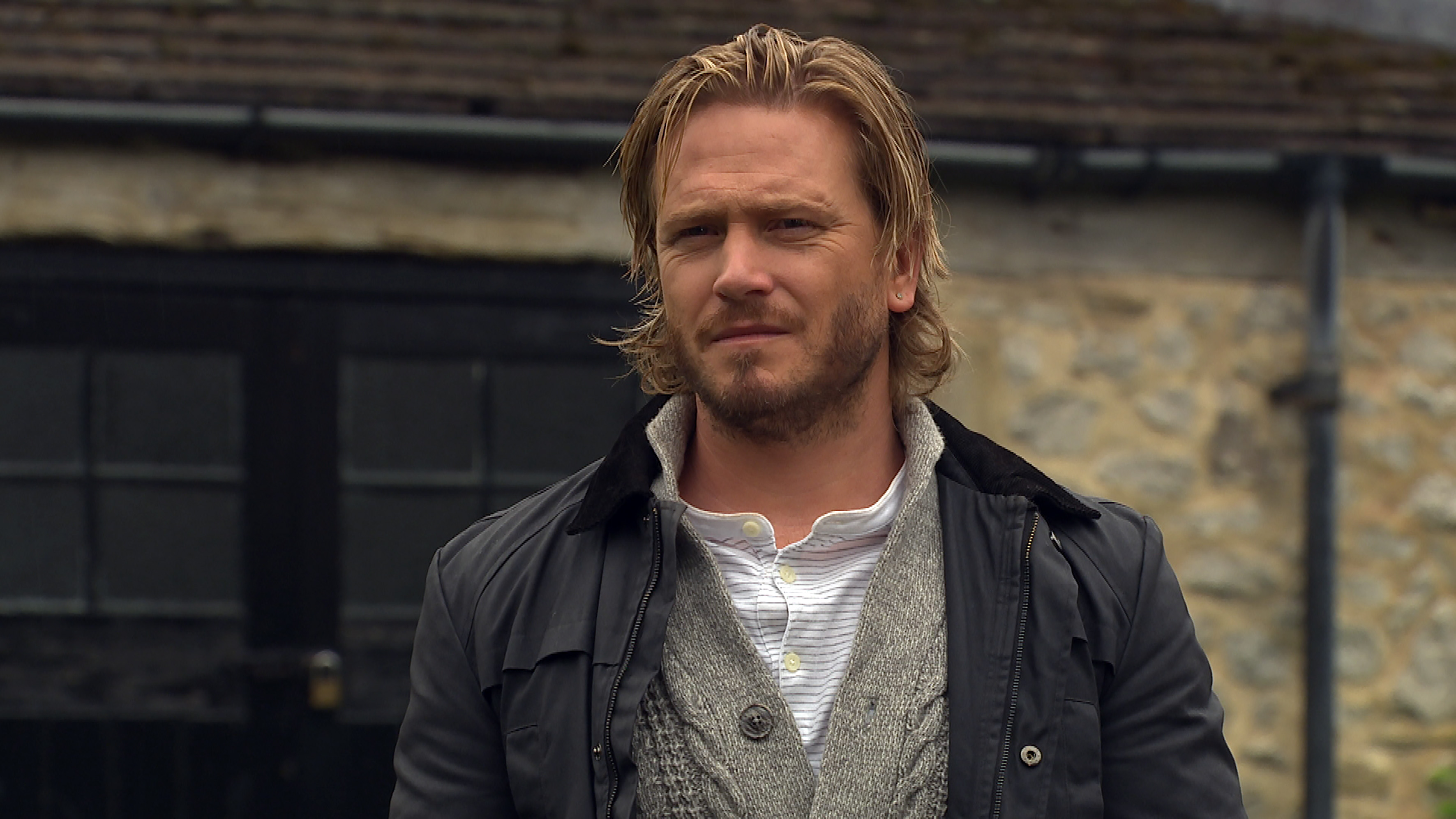 Terrified and devastated Vic (Isabel Hodgins) held David as he bled out, desperate for Russ to end this nightmare so Paramedics could tend to David.

Meanwhile, outside, Jacob (Joe-Warren Plant), Bob (Tony Audenshaw) and Dan (Liam Fox) played the waiting game as worry grew over who had been shot.

With David in a critical condition, Victoria took action and hit Russ over the head with a fire extinguisher.

As Wendy (Susan Cookson) rushed out, she was able to tell armed police about David.

Vic told Jacob that if it wasn’t for David, she would’ve died in the siege and after, they both made their way over to hospital.

A terrified Jacob, Vic and Eric (Chris Chittell) waited outside, praying David would make it out of theatre alive, but the doctor in charged warned them he was in a dangerous place.

Meanwhile, there are big things coming up for Emmerdale, as Matthew also revealed that the cast have filmed four big stunts – two of which have not been done in the soap world ever before.

‘There are four big stunts that happen over the course of that week. We’ve just been filming that over the past month,’ he continued.

‘Two of them in particular have never, ever been done before on a soap.’

Dropping a big hint that he’s also involved in them, he went on: ‘I’m covered in bruises and cuts and it’s been fantastic. That’s in about five weeks time.’