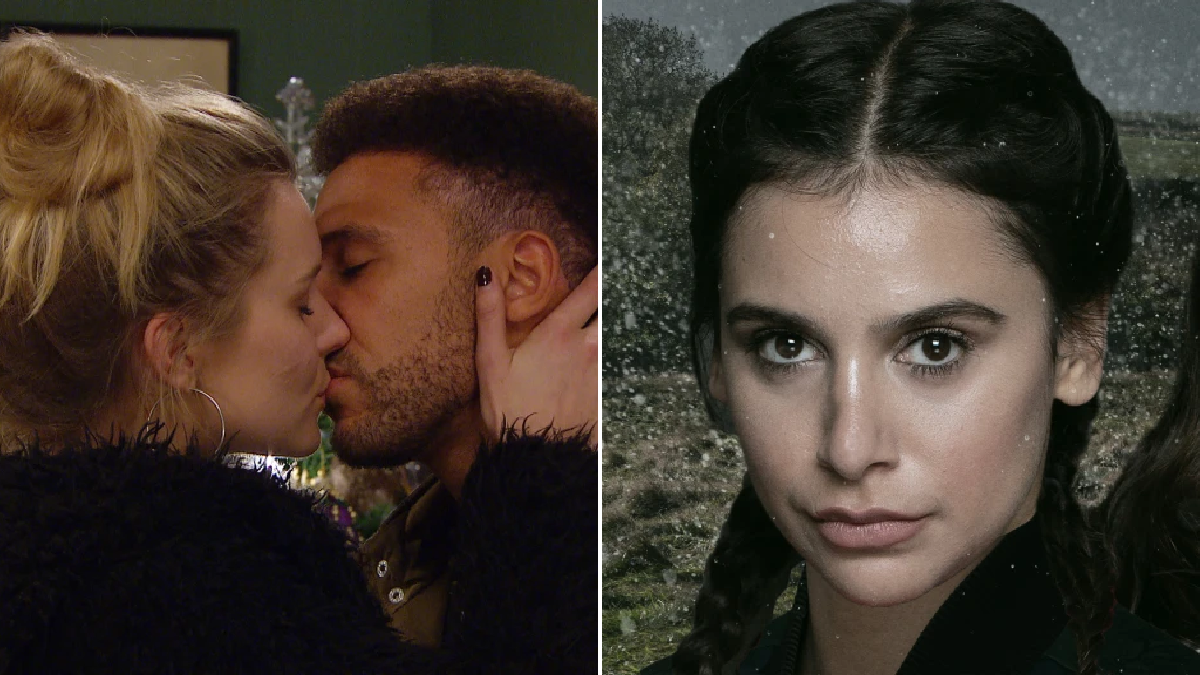 They say that love conquers all, but we all know by now that in Emmerdale this is rarely the case.

Despite history not being on their side, however, Dawn Taylor (Olivia Bromley) and Billy Fletcher (Jay Kontzle) decide to take a chance on happiness this festive season, as they contemplate giving things between them another go.

But there is one obstacle standing in their way, and that’s none other than Meena Jutla (Paige Sandhu), who is on a mission to destroy their fairytale reunion.

Meena, as viewers know, is dating Billy, so you can imagine how fuming she will be when he dumps her in upcoming scenes.

Desperate to keep her claws in him, she claims she’s pregnant with his child!

‘Billy is a family man and he needs to be there for his kid,’ actor Jay Kontzle told Metro.co.uk discussing Meena’s baby bombshell. ‘This has thrown a spanner in the works. Will he lose Dawn completely?

‘It’s a huge thing when a child comes into the world – especially when you’re in a relationship with someone else – so that’s a major worry for Billy whether they’ll be done from then on.’

Dawn, much like Billy is taken aback to discover that Meena is pregnant, but will the former lovers be able to come back together and make a proper go of things?

‘It’s not the first time she’s had to deal with this,’ said the soap star, ‘Because the same happened with Jamie when Gabby announced a pregnancy. Poor Dawn!

‘It speaks volumes that her and Billy decide to give it a go anyway. At this point nothing can deter her from being with him. She knows that’s what she wants and the news is not ideal but she wants to make it work and she’s willing to do that.

‘She has the support of Harriet and other people who know they’re good together. Obviously everybody knows how happy Dawn is when she’s with Billy. I think people are genuinely quite supportive.’

Meena’s meddling, however, could prove problematic, as she attempts to make Lucas’ dad Alex think that Dawn isn’t capable of caring for their child.

But her efforts do little to prevent Dawn and Billy reuniting. In fact, the New Year gets off to a hopelessly romantic start for the lovers, given that Billy pops the question!

‘It’s New Year’s Eve and it couldn’t come at a better time,’ explained Jay. ‘It’s a lovely moment. It’s a new year, a new start, a new beginning for Billy and Dawn and that’s why it’s so spontaneous.

‘It’s on a whim, but Billy thinks it’s a new beginning and a fresh start for the two of them and why not start that from the first of January afresh. I was happy with it, it’s quite emotional.’

The happy duo might have weathered Meena’s interference, but the bigger question is: will they manage to stay alive, or will the killer claim another victim in her mission for revenge?