Emmerdale rounded off the week tonight and viewers tuned in to see Jamie Tate (played by Alexander Lincoln) finally back down to his mother’s pleas.

Since arriving in the village earlier this month, the trainee vet has had a turbulent relationship with Kim Tate (Claire King).

However, during tonight’s episode, it seems he could be testing how far his mother is willing to go to mend their fractured bond.

Sitting in the cafe, Kim couldn’t help but comment: “Every young man’s dream hey? Sharing a cramped house and bathroom with a couple and a small child.”

“Hi mum,” he replied defeatedly and she replied: “I have eight spare bedrooms, all of which are en-suites and every single one of them ready to use and sleep in tonight.”

Furious with her suggestion: “That’s your answer to everything isn’t it? Make them an offer they can’t refuse, bulldoze them into doing things your way.”

“You’d have your own key,” she continued to persuade. “Your own space, I’d get Lydia [Hart (Karen Black)] to do your washing and ironing, all you have to do is concentrate on the job.”

Unhappy with her recent behaviour, he turned down her offer and stormed out, but in the following scene, he changed his mind and it might have had something to do with the phone call he took.

“Money isn’t everything mum,” Jamie explained whilst in the middle of the village. 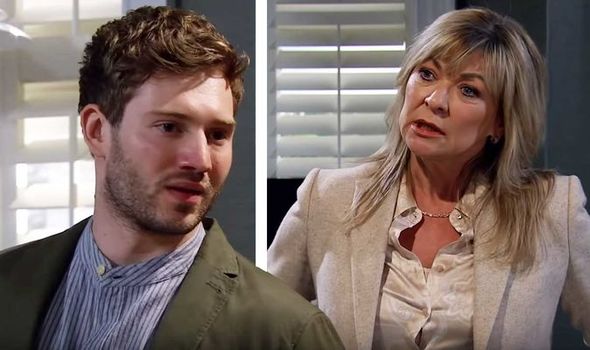 Kim explained: “It’s all i have left. Look, ever since I turned up, you’ve shut me out. I can’t make up for the time we’ve lost, so please let me be your mum. Come home Jamie.”

“Look I’ll stay for a day or two, see how it goes,” Jamie clarified and that’s when his phone rang.

Official soap spoilers have revealed how Jamie’s family are set to appear in the Dales.

Having not hinted at being married or a father, his secret wife Andrea and daughter Millie are about to turn up. 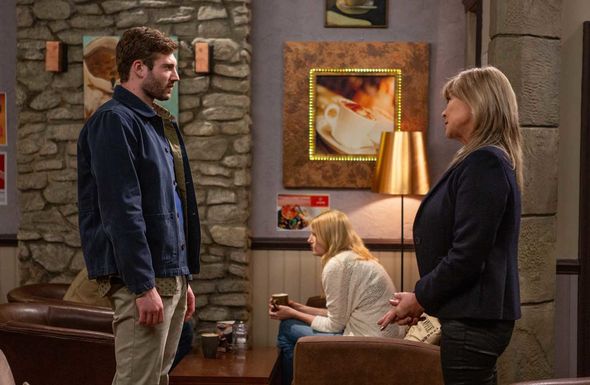 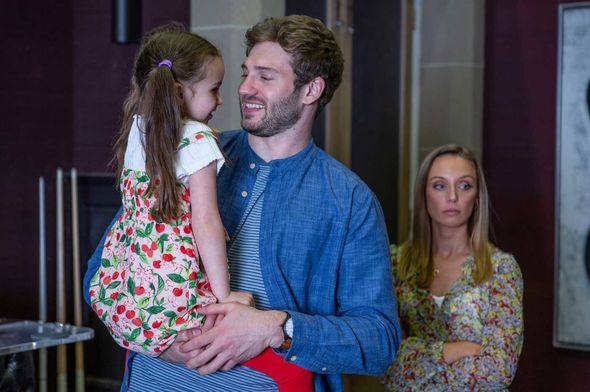 Having agreed to his mother’s plan to move into Home Farm, could he actually arrive with more than just his clothes?

In a bid to test his mother and her efforts, there is the possibility Jamie could move his family into the home and see how Kim reacts.

Having found out Will Taylor (Dean Andrews) was alive and tormenting her, the pair had an alright row, but it ended up in them getting intimate.