In a bid to get Jamie Tate (played by Alexander Lincoln) to confess to being the culprit responsible for Moira Barton’s (Natalie J. Robb) hit and run, Cain Dingle (Jeff Hordley) and Sam Dingle (James Hooton) cornered the vet. Emmerdale scenes showed the two Dingle men ply Jamie with alcohol to try and get a statement out of him. But little did they know Mackenzie Boyd (Lawrence Robb) was filming it all on his phone. Those watching at home were confused by Cain’s response when he found out what his estranged wife’s brother had done.

Mackenzie had broken into Home Farm to try and steal Jamie’s car.

But when he overheard Cain and Sam in the living room with Jamie, he decided to stick around.

As the conversation progressed, he realised by filming the scene he would have incriminating evidence to use against Cain and more importantly, Moira.

Just after Cain and Sam left the big house, Mackenzie emerged from the shadows and showed the recording to the two men. 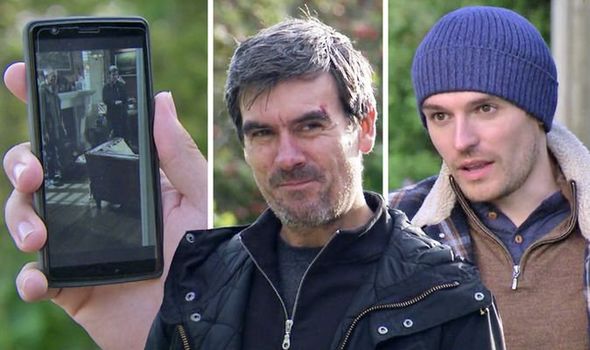 “I think you’ll find I don’t like taking orders either,” Cain remarked.

“It’s not an order, just a suggestion,” Mackenzie replied. “You’ll like this…” as he pulled out his phone and pressed play.

“See that, that’s what we call evidence and I’m pretty sure Jamie will testify against you, which means, you’re both going down.”

And with that, Mackenzie turned and walked away. 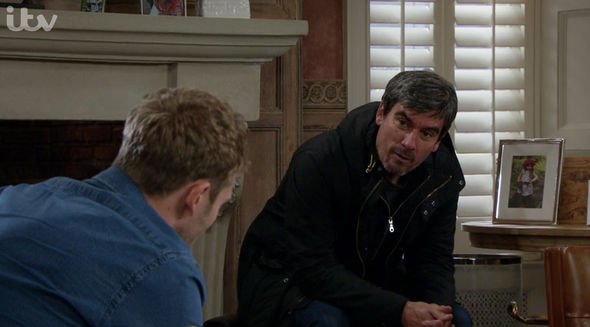 Viewers thought it was rather bizarre of Cain to not make a threat in return and took to Twitter to comment.

One said: “Why didn’t they just try and grab the phone? Oh yeah, social distancing.”

“Just whack him and smash his phone. Blimey come on and get rid of him,” another wrote.

A third mentioned: “Definitely those in charge have lost the bloody plot ’cause this is f***ing stupid. Why didn’t Cain take the phone off the t***?” 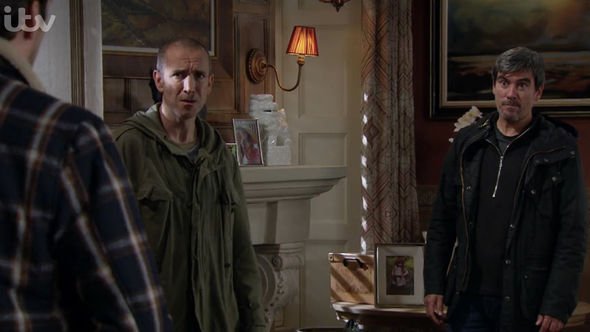 “FFS Cain whack him get the phone and delete the evidence. How hard is that?” Someone exclaimed.

It comes after Emmerdale plans to reveal the truth about Mackenzie and Moira’s relationship later this year.

Mackenzie initially thought Moira had had an affair with their father’s best friend, Tony.

But, it wasn’t Moira who had the affair, it was their mother – who was in fact trapped in an abusive relationship with their father.

Knowing exactly what her father was capable of, Moira covered for their mother.

But Mackenzie refused to believe his sister.