Emmerdale fans could see Jamie Tate (played by Alexander Lincoln) dragged away in handcuffs in upcoming weeks as wife Andrea Tate (Anna Nightingale) looks on smugly. According to the latest soap spoilers, the village vet is the prime suspect responsible for Moira Barton’s (Natalie J. Robb) hit and run, but what has Andrea got to do with Jamie’s fate? Well, it seems it lies in her hands as she could become his only get-out-of-jail card. Or perhaps she is setting him up to take the blame for a crime she committed…

Jamie and Belle Dingle’s (Eden Taylor-Draper) affair kicked off on New Year’s Eve after Jamie found out about Andrea spending the night with Graham Foster (Andrew Scarborough) many years ago.

Despite both Jamie and Belle claiming their secret rendezvous was a one-off, feelings developed and over the past few months – no matter how hard they have tried to stay away from one another – they cannot stop seeing each other.

It wasn’t long until Andrea found out Jamie was sleeping with another woman and while at first, she decided to try and fight for her marriage and win Jamie back, she soon turned vicious and vindictive.

With the help of Leyla Harding (Roxy Shahidi), the pair conjured up a plan to expose Jamie and Belle’s affair.

When the residents of Emmerdale gathered in the Woolpack to take part in a quiz early this summer, Leyla revealed text messages sent between Jamie and Belle to everyone and Andrea played the scorned wife. 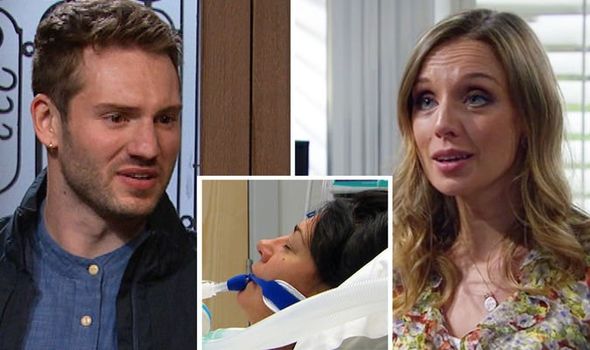 But her acting skills were not up to scratch and Jamie soon worked out what she had done.

Embarrassed, Andrea fled with Millie in tow and spent a few nights hiding out in a hotel on the outskirts of the Dales.

After Leyla finally convinced Andrea to return, within seconds of placing her feet on Emmerdale soil, she spotted her estranged husband and his lover flirting and realised nothing had changed despite her absence.

Dropping Millie off at Home Farm, Andrea left once more – with her whereabouts unknown this time.

However, her absence won’t last for long as she will return next week and become a pivotal player in Jamie’s innocence – or lack of it to be more precise. 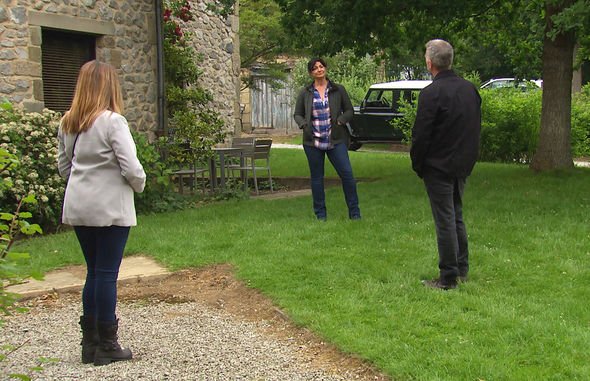 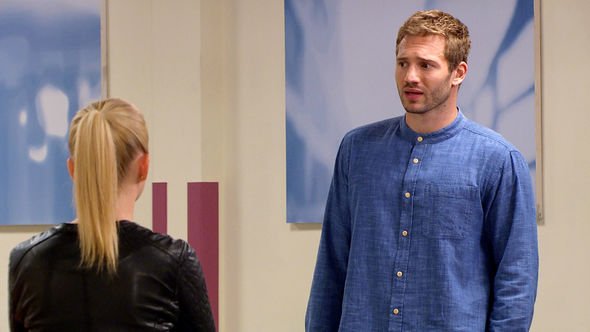 In a bid to try and track down his wife, Jamie set off and during his journey, he hit something – or someone.

Panicked, he fled the scene and upon returning to the big house to see Andrea, he will lash out in anger and explain the sacrifice he made to try and get her home safely.

Andrea will convince Jamie what he hit must’ve been a wild animal, but when Lydia Dingle (Karen Black) arrives for her cleaning shift and reveals Moira has been rushed to hospital following a hit and run incident, Jamie struggles to comprehend the news.

Viewers will see Andrea beg Jamie to act as normal as possible, but he is wracked with guilt and decides to go to the hospital to find out more information about Moira’s condition.

It is here where he meets Belle who has been offering her support to an extremely worried Cain Dingle (Jeff Hordley) who is holding a vigil at Moira’s bedside. 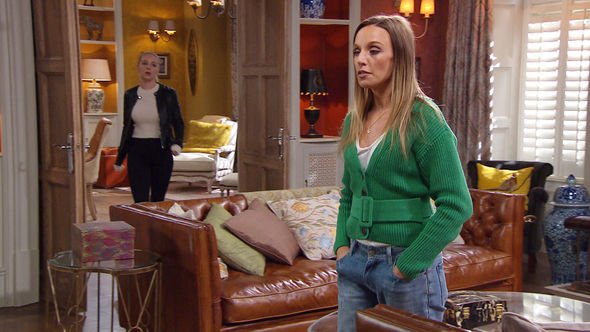 Jamie and Belle will be interrupted by Moira’s son, Matty Barton (Ash Palmisciano) who explains how the police are struggling to find any witnesses, and when Jamie overhears this, his behaviour instantly changes.

Confused as to why Jamie is acting strangely, she questions him but is unable to get any answers as Andrea turns up just in time to stop Jamie confessing.

After being whisked back to Home Farm, Jamie will be left feeling trapped.

Worried about him, Belle turns up later but is flees with tears in her eyes after Andrea tells her Jamie doesn’t love her and no longer wants to be with her.

To add to Jamie’s matters, his mother Kim Tate (Claire King) returns home the next day and he is left wondering whether he should tell her about his supposed involvement in Moira’s hit and run. 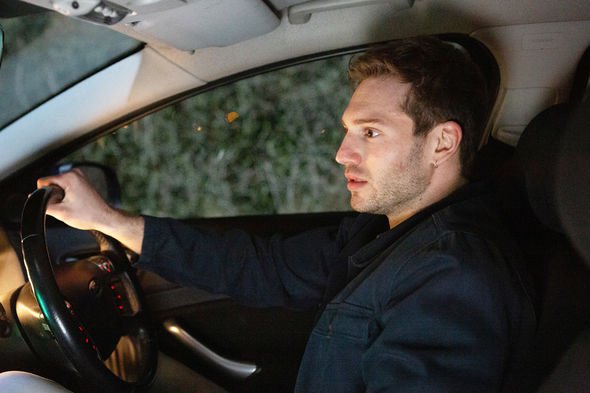 Instead, Andrea decides they need to put on a united front and convince her and the village they are back together and fighting for their family.

Understandably, their arrival at the cafe isn’t given a warm welcome and Belle storms out, upset once more.

Despite Andrea’s warning, Jamie will follow Belle and explains how he has no other choice but to let her go.

Thinking she has finally got her man back, Andrea plans a date night, but will be dealt a cruel blow when Jamie confesses he doesn’t love her anymore – he loves Belle/

But he is left feeling helpless when Andrea threatens to go to the police and expose him if he dare leaves her.

With Andrea holding all the cards – what is Jamie going to do?

There is also the question; why would Andrea blackmail Jamie if she really thought he did hit an animal instead of Moira?

After all, viewers don’t know how Andrea fled Emmerdale for the second time – she could’ve been dropped off by Leyla somewhere, or perhaps driven.

Should this be the case, there is the possibility Jamie could’ve hit an animal and in fact, Moira was hit by Andrea instead, but she is making her husband take the blame in a revenge plot twist.