CORONATION Street's Eileen Grimshaw accidentally agrees to hold a funeral for her serial killer husband Pat after being tricked by Todd Grimshaw.

The serial killer wreaked havoc on the cobbles for five years before an explosive confrontation with his wife saw him fall into the sea. 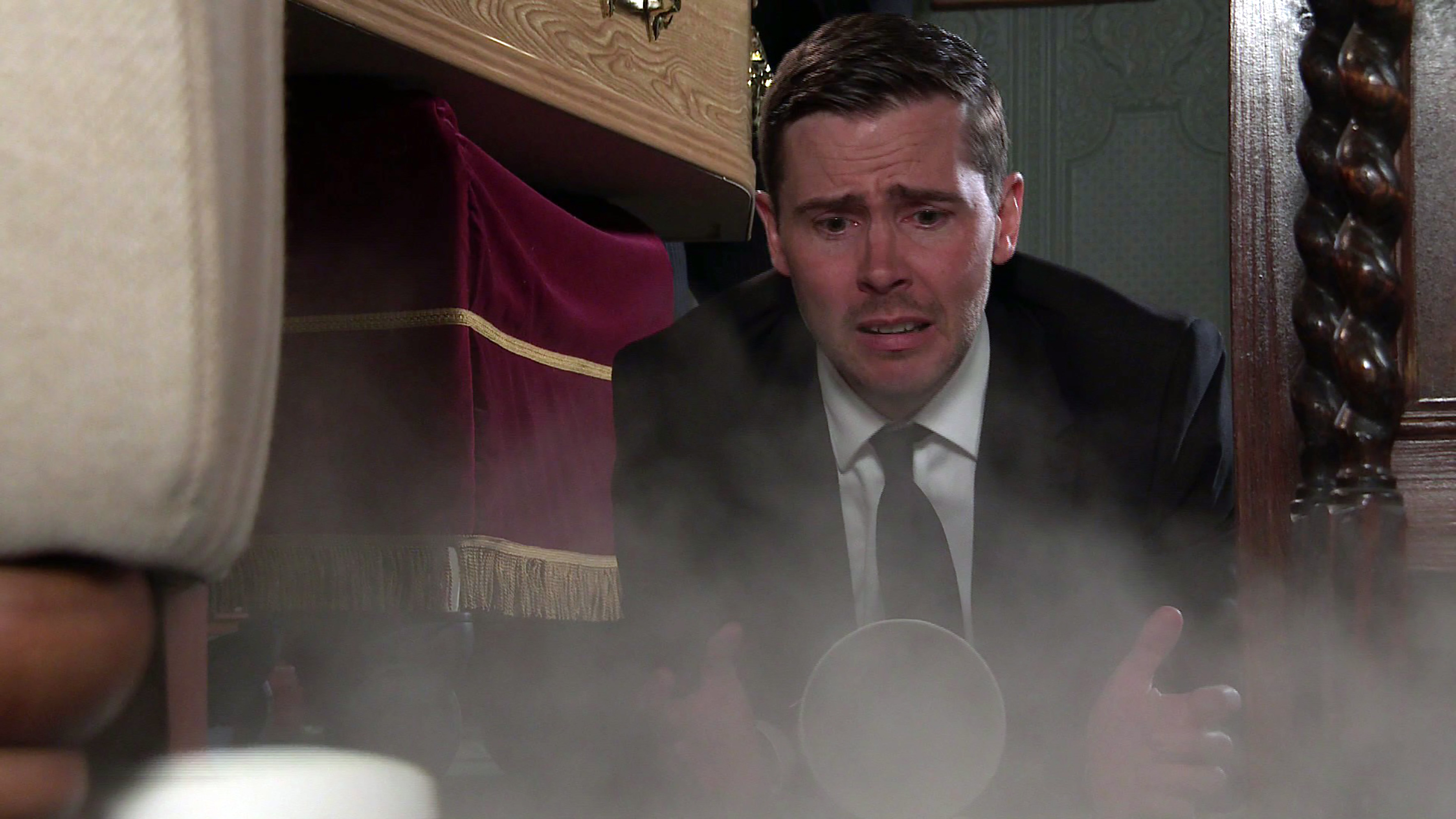 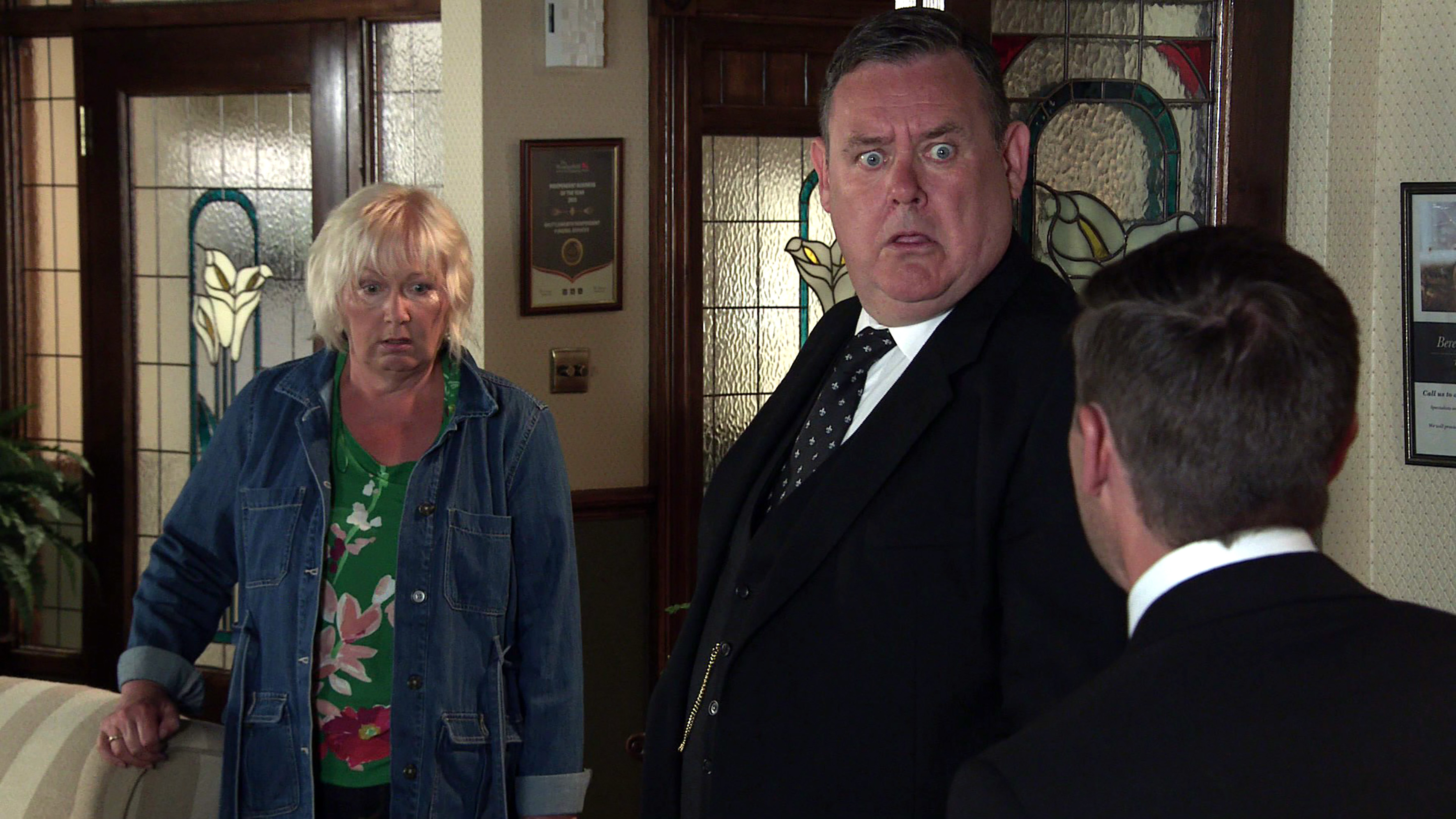 While clearing out the storeroom at the funeral parlour, Todd discovers that George Shuttleworth, his boss at the undertakers, has been keeping the deceased Pat's ashes.

In scenes airing next week, Todd and George argue at the funeral parlour and Todd ends up running away with them.

But as George chases after him, disaster strikes and Todd trips up, sending the ashes flying everywhere.

At that very moment, Eileen arrives to witness the mess and Todd is forced to lie to her, telling her that the ashes belong to an old lady named Patsy Freeman, who also has no living relatives.

But his lie backfired when a saddened Eileen tells George she’d like to give Patsy a send-off, leaving Todd trying to hide his guilt.

The poor widow could now see herself inadvertently organising a funeral for her serial killer husband as he helpless Todd watches on.

Viewers will remember evil Pat Phelan’s reign of terror, which ran from 2013 to 2014, saw him blackmail Owen Armstrong and Gary Windass before forcing Anna Windass into having sex with him.

He returned in 2016 and tied the knot with Todd’s mother Eileen Grimshaw while committing numerous crimes, including a string of murders.

As if that wasn't enough, he even tried to kill his daughter Nicola Rubinstein before being murdered by Eileen in 2018. 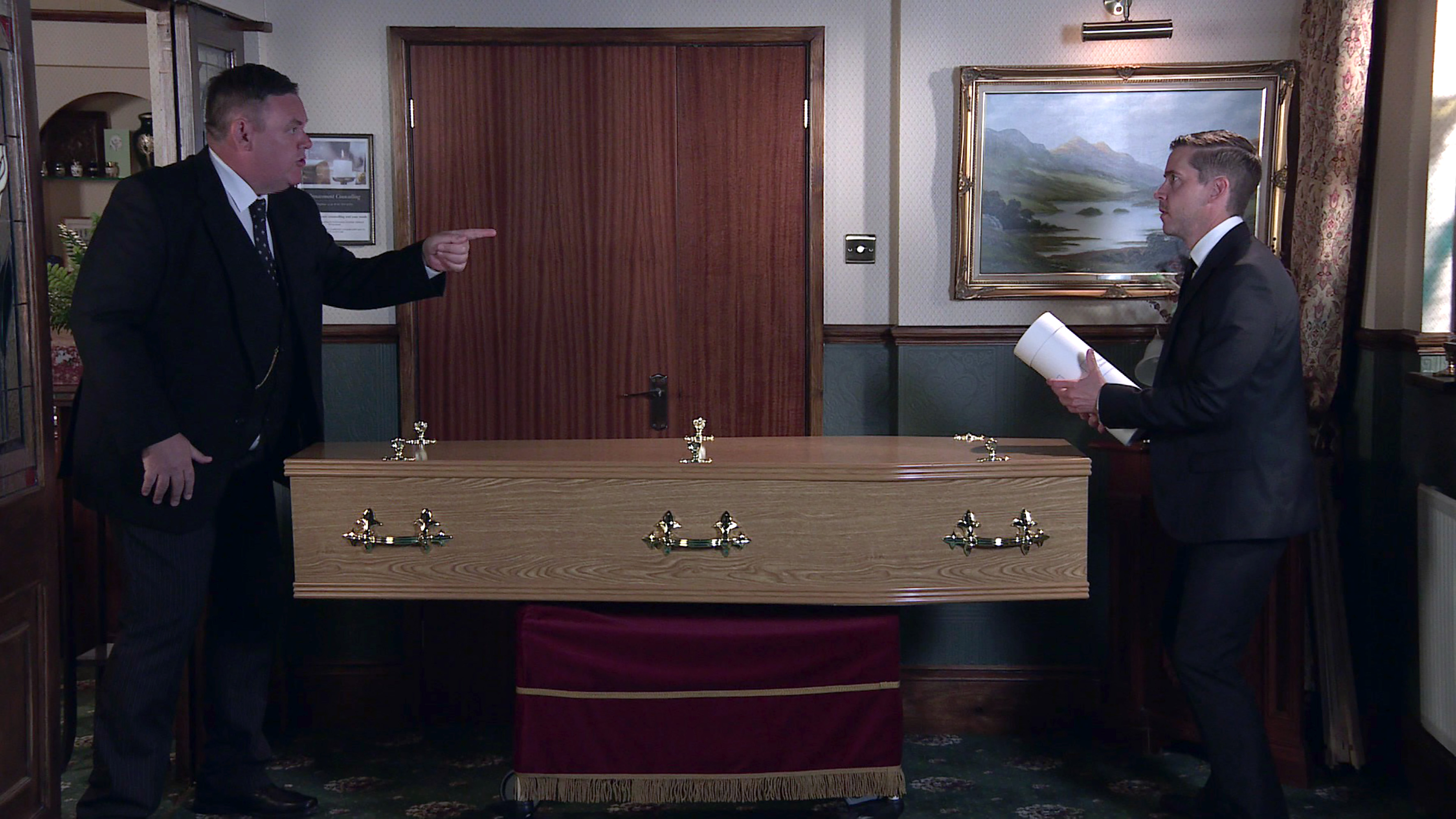