Official spoilers from the BBC soap confirm Bernie (played by Clair Norris) will urge Rainie (Tanya Franks) not to allow Stuart (Ricky Champ) to be near Roland. Rainie was the one who was desperate to become a mother but has suffered a heartbreaking time in her journey. The EastEnders character finally got her chance when Bernie agreed to be a surrogate, and now Stuart is risking her chance at raising the baby. Will the two be blackmailed by Bernie?

Upcoming scenes will see Bernie telling Rainie she can only have Roland if she leaves Stuart.

After chatting it through with Dotty Cotton (Milly Zero), Bernie won’t budge on her decision.

Stuart later tells his heartbroken wife that he’s ending things between them because she deserves Roland.

Rainie is grief-stricken as he packs up his things and leaves. 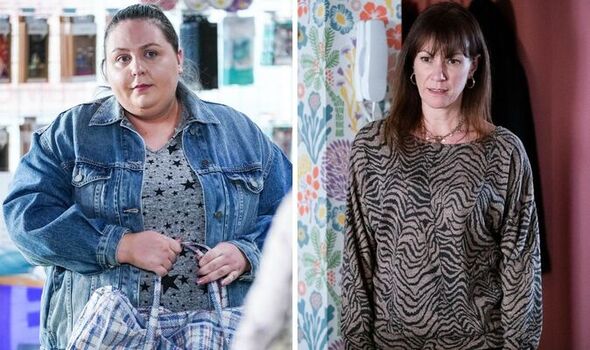 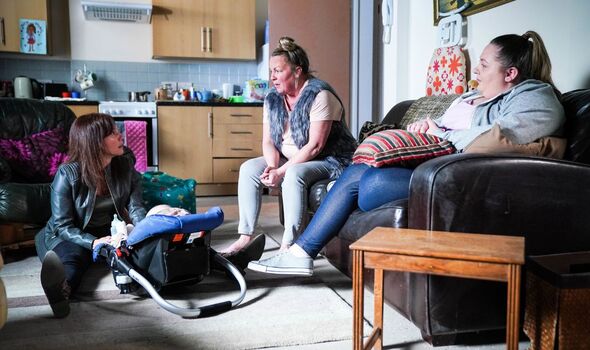 At The Vic, Karen Taylor (Lorraine Stanley) gives Stuart a piece of her mind for abandoning Roland.

Later though, she has a change of heart when Patrick Trueman (Rudolph Walker) makes her see that there might be more to it.

Rainie tells Jack Branning (Scott Maslen) that she plans to leave the Square and as she visits the Taylor household, Karen finds Stuart and questions if he could have postnatal depression.

The words have a big impact on Stuart and he snaps at Karen.

Often falling into violent outbursts, his anger could once again scare Bernie. 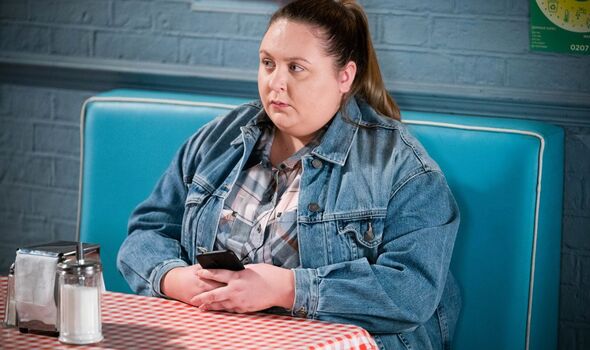 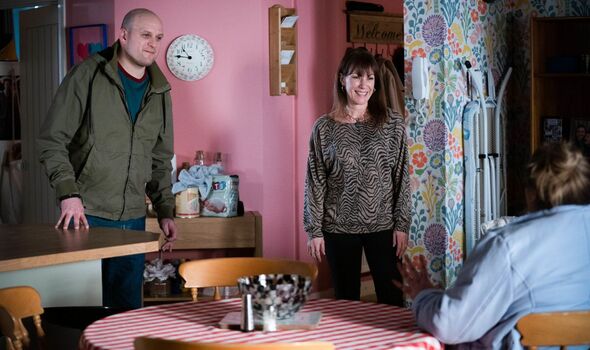 He then spends the night sleeping on a bench while Rainie and Karen continue with their efforts to talk to him.

The undertaker refuses to listen though, and Karen reveals Rainie’s plans to leave.

Rainie gets ready to leave Walford and Karen tries one last time to get Stuart to talk to Rainie, but can she convince him?

It seems possible, but how will Bernie take the news? Although she doesn’t want to be a mother herself, she wants to ensure her biological son is in safe hands.

After witnessing Stuart’s meltdown recently, in which he banged on her door and dumped the baby on her, she is certain Stuart is a danger to Roland.

Storming round to the Taylor’s, Stuart dropped the baby on the doorstep as Rainie followed him, weeping.

He buzzed on the doorbell, yelling: “Bernie, are you in there?”

As Rainie pleaded with him to stop, he yelled: “Come on Bernie, open the door.”

Karen answered, asking: “Are you off your head?” as an agitated Stuart replied: “You need to take back Roland.”

He added: “You need to take him inside, now.” A shocked Bernie replied: “No, we can’t have him.”

Bernie cried: “No, this ain’t right,” as Rainie begged: “Don’t let him do this to you.”

“He’s your son, not ours,” Stuart stated as he left Roland in the house.

As Rainie tried to get the baby back, Stuart roared: “Leave him!”

Bernie and Karen were terrified by his behaviour and took Roland for the night.

With Stuart admitting he feels nothing for Roland, Bernie is terrified about him being a danger to the baby.

Could she start blackmailing Rainie to keep away from Stuart?

She said during Thursday’s episode she would have to inform social services about Stuart, but if she later decides Rainie can raise him alone, she might change her mind.

With Rainie fighting to get Stuart back though, could Bernie go to extreme lengths to keep Roland away from Stuart?

It’s possible she will threaten to report Stuart to social services if Rainie doesn’t separate from him.

EastEnders continues on Monday at 7.30pm on BBC One.