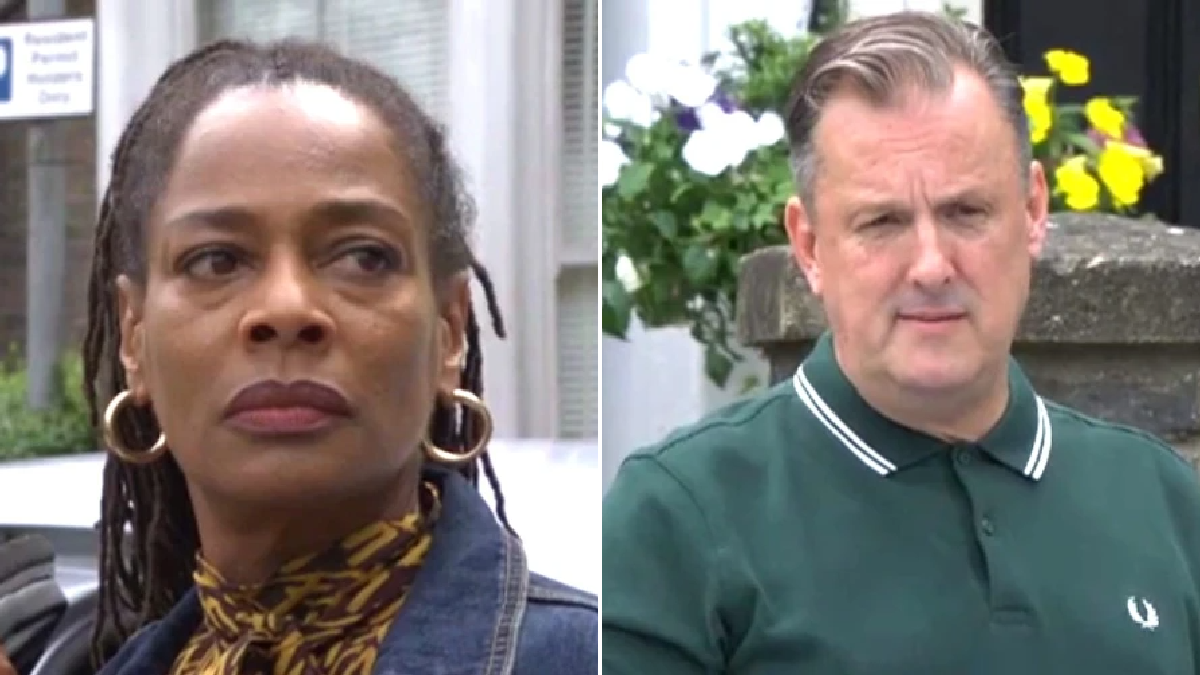 Sheree Trueman (Suzette Llewellyn) made the decision to leave Walford tonight following the breakdown of her relationships with Patrick (Rudolph Walker) and Isaac (Stevie Basaula) in EastEnders.

But she wasn’t going to leave without causing an impact as, after failing to get Patrick to leave with her, Sheree got her revenge.

Sheree jumped into a taxi, failing to say goodbye to her family.

As Sheree departs life in Albert Square, Suzette has spoken out on why her character wanted revenge:

‘Sheree acted completely out of hurt and anger, she’s very angry with Patrick for not taking her side. There’s also history between Sheree and Denise, and although she’s like Patrick’s adopted daughter, Sheree feels like he’s chosen Denise over her. Sheree’s word should have held more sway so she’s acting badly out of hurt.

She saw the opportunity and took it, she did deliberate over her decision so it wasn’t ruthless from the get go but she felt so left out, that’s what pushed her to get Patrick to sign the papers.’

‘Sheree has been in Walford for a few years, and she was hoping to make a life for herself there after all that time’, Suzette explains.

‘She raised her child with another man and then she reconnected with Patrick again so really wanted it work, especially for Isaac too.

‘She does really love Patrick, it’s just that there’s so much hurt and pain now, she feels as though Patrick hasn’t been on her side enough through all this.’

But what will the future hold for Sheree? Could living in Trinidad end up a benefit to her once Denise and Kim discover what she’s done?

‘I think she definitely needs some distance, she can’t just go to the West End or another part of Walford, she’s got to be pretty far away from Denise and Kim as they’ll be on her case for sure!

‘They will explode when they find out.’

‘I’ve loved working with Stevie, Tameka, Rudolph and Diane’, Suzette adds as she looks back at her time on the show.

‘It’s also been lovely working with Danielle too – I will really miss working with everyone – it’s been a pleasure. It’s great to have played a part in such a big iconic show and I hope one day Sheree can come back, I would love that.

‘Maybe she comes back with a plan for more revenge, who knows but the door is open so that’s great.’