The two long-term BBC soap characters have got together in recent months, and upcoming EastEnders episodes will see the pair growing closer in their relationship. Recent scenes have seen Kat (Jessie Wallace) and gangster Phil (Steve McFadden) bringing out each other’s different sides following Kat’s accident, which saw her hospitalised and Phil rushing around to help her as she recovers. But official soap spoilers confirm the pair’s children could make things more complicated. Furthermore, Alfie actor Shane Richie has teased his character’s return, could things become messy for the new couple?

Upcoming episodes will see Phil’s blood boil after he bumps into Callum Highway (Tony Clay) in the café and immediately leaves.

The tough gangster has been left fuming since he found out that his son-in-law had once been working as an undercover cop against him.

He has held off from attacking the young man for the sake of his son Ben Mitchell (Max Bowden), who recently married Callum and was able to forgive him.

Following the café incident, Kat tries to get through to Phil and encourages him to make amends with Ben and also to reach out and become part of his son Raymond’s life. 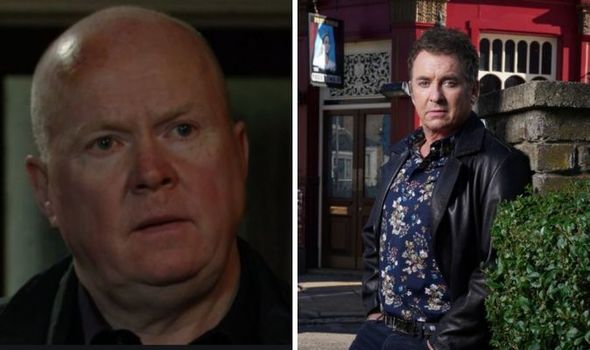 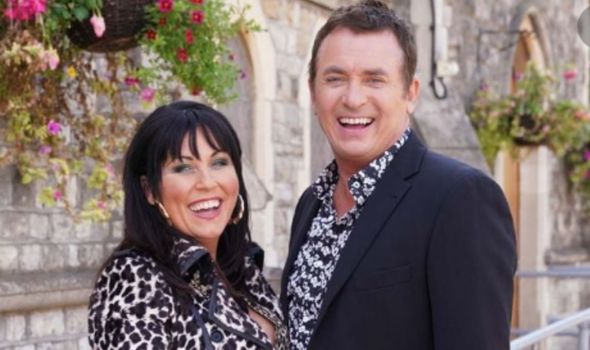 Kat’s sons Bert (Elliot Briffett) and Ernie (Cody Briffett) are upset they don’t have anyone coming to ‘Bring Your Dad’ day at school and ask if Phil will come.

At ‘Bring You Dad’ Day at the school, Phil and Kat run into Jack Branning (Scott Maslen) with Phil and Denis Fox’s (Diane Parish) son Raymond.

Meanwhile on the way home alone, Kat gets mugged. Shaken up, she bumps into Callum and Suki Panesar (Balvinder Sopal) who ask if she’s okay, but when Suki makes a comment about Phil finding a way to deal with the mugger, Kat fiercely defends him. 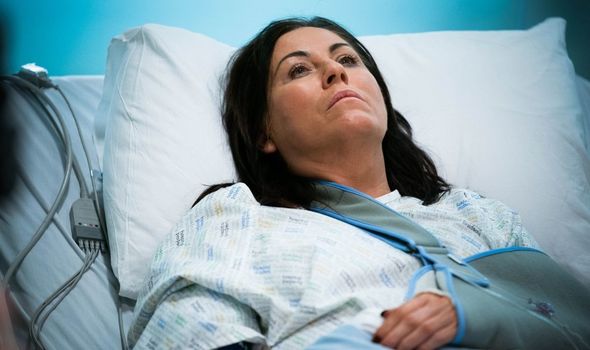 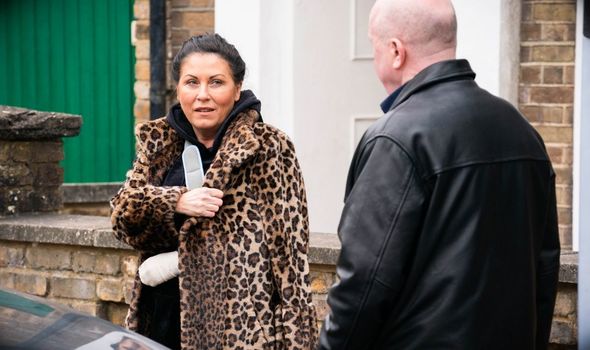 It seems the relationship is going well for the pair, but it has been revealed that Alfie (Shane Richie) could soon be making a surprise return, which would throw a spanner in the works.

Presenter Lorraine Kelly asked: “Where’s Alfie Moon just now? Is he ever going to toddle back and be in EastEnders what do you think? I think we need him back.”

Shane replied: “Alfie, I believe, still on the run I think, in Spain.

“He’s running a bar somewhere in the Costa del Sol and I think he still owes money to Phil.

“And I know Kat and Phil Mitchell are bumping ugly at the moment – they’re getting together, so who knows?

“There might be a chance that Alfie could turn up and spoil their little party – but you didn’t hear that from me.”

Would Phil and Kat end their relationship if Alfie turned up?

Alfie would likely hate the idea of his enemy Phil being so involved with his family, so would definitely try to put a stop to that.

He and Kat have been a soap couple favourite for years, but Alfie hasn’t been in EastEnders for a while now.

Will he turn up and win Kat back, leaving Phil with an even bigger vendetta against him?

Fans might get some answers soon as the storyline continues.

EastEnders continues on Friday at 8pm on BBC One.