EastEnders: Lucas and Chelsea speak to Denise outside church

EastEnders resident Denise Fox got the fright of her life when she spotted Lucas Johnson (Don Gilet) returning to Albert Square on Christmas Day. After rushing to tell her family what she had seen, Patrick Trueman (played by Rudolph Walker) gave the former pastor a piece of his mind when he ran into him in Walford. But could Patrick’s anger and determination to keep Denise from harm prove costly for himself in episodes to come?

Lucas was seen addressing the congregation of young Raymond’s church, much to Denise’s horror.

When Denise spotted her ex-husband, she tried to usher Raymond out of the building before Lucas could clock her.

But it was too late as Lucas followed Denise outside to try and convince her he had changed his ways.

Denise wasn’t convinced and was heartbroken to see her estranged daughter Chelsea Fox (Zaraah Abrahams) was in on things too. 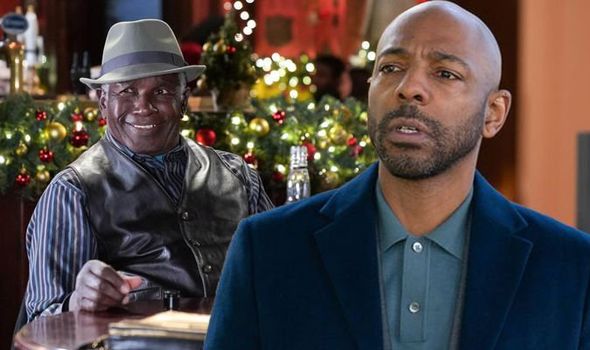 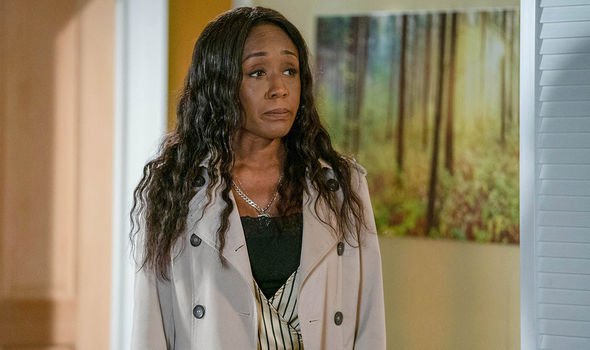 When she arrived back home, Denise revealed to her family what she had seen – leaving them all shocked.

And it wasn’t long before father figure Patrick took it upon himself to confront Lucas.

Jack Branning (Scott Maslen) soon broke the pair up as Patrick was obviously furious to see Lucas back in the Square.

However, it doesn’t look as though Lucas will be going back out of sight anytime soon and Denise expresses her concerns to sister Kim (Tameka Empson). 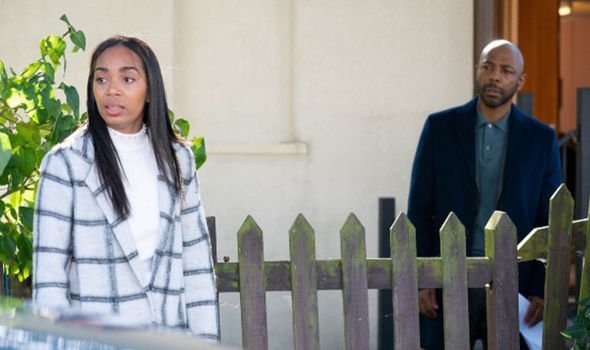 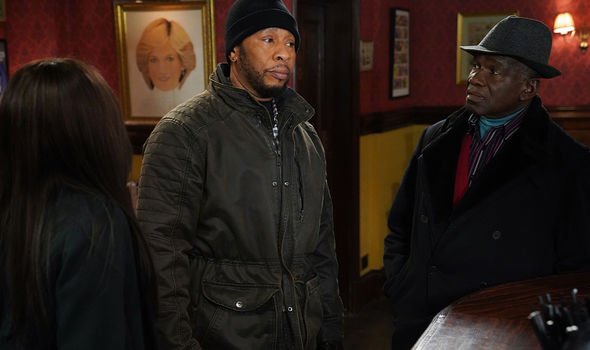 In episodes to come, Patrick will put himself in danger as he looks to protect Denise, despite being unsure with his plan.

It comes amid Callum Highway’s (Tony Clay) plans spiralling out of control as he continues to lie to boyfriend Ben Mitchell (Max Bowden).

When it looks like Callum’s luck has run out, the game is up as Jack delivers bad news.

It seems as though Ben is about to find out the truth about Callum’s lies – which could lead him to lose everything.

Jack says his hands are tied and sets his plan in motion, managing to use one issue to his advantage in more ways than one.

The police officer has some good news for Denise and sparks fly – but little do they know they’re being watched from across the Square.

Elsewhere, Patrick gets himself involved with some risky business.

A knock at the door ends with Patrick in grave danger – but is it, Lucas, back to try and get revenge?

Despite Lucas insisting he is a reformed character, Denise and the rest of her family were very much left doubting this claim.

But with Denise sure to want to make sure she doesn’t lose her eldest daughter in the process, could she allow Lucas back into her life?

Could Patrick end up making a move which could prove fatal for himself if he tries to make sure Lucas stays away from Walford?

EastEnders airs Mondays and Fridays at 8:05pm and Tuesdays and Thursdays at 7:35pm on BBC One.