Ruby Allen (played by Louisa Lytton) has made it clear to Max Branning (Jake Wood) that their relationship is casual and she won’t be tied down by a boyfriend on the BBC soap. But that hasn’t stopped the EastEnders lothario getting jealous and annoyed when she doesn’t consult him on any business or personal decisions. However, how prepared is Max to go to keep Ruby to himself and will Martin Fowler (James Bye) end up caught in the crossfire?

In recent scenes, Max wasn’t pleased to hear Ruby had bought herself a property from Jack Branning (Scott Maslen) without mentioning it to him.

Ruby accused the love rat of being “boring” when he confronted her about it and reiterated her feelings on their relationship status.

Meanwhile, the club owner recruited Martin to be Ruby’s head of security which further put Max’s nose out of joint.

In the aftermath of Stacey Fowler’s (Lacey Turner) exit, Ruby and Martin spent a night together and their fling is set to be revisited. 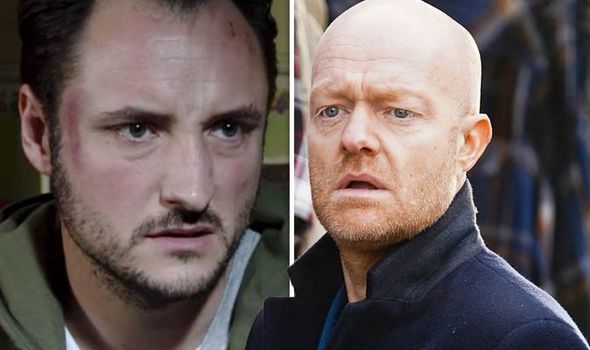 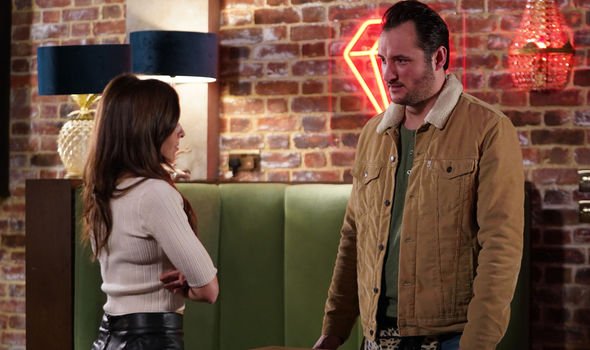 Max knows about their passionate night and isn’t happy about his casual girlfriend spending too much time with the former market trader.

In tonight’s episode, Ruby played a trick on Max by insinuating she wanted one of her friends to join them in the bedroom.

The jealous businessman wasted no time in bragging about the arrangement to Jack and Martin.

Trying to wind Martin up, Max ordered him around after being left in charge of the club while Ruby got herself ready for the night. 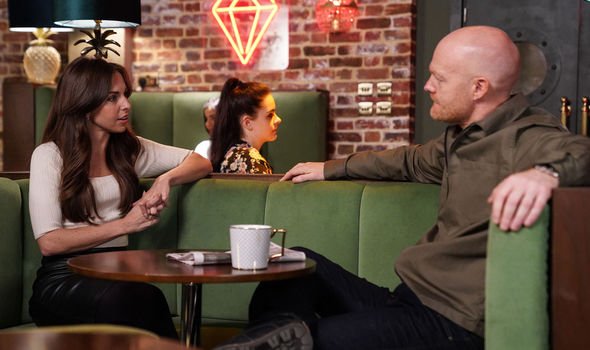 Max said: “We like to work hard, play hard, that’s why she’d lined up something special for tonight.

“Adult fun, sophisticated, nothing you’d understand Martin being a Fowler, I mean you are the last in a long line of greengrocers.”

“Yeah, well in case you didn’t know Max I work here now, security and this is a favour to Ruby, not to you,” Martin replied.

“And when you’re done with that don’t forget the toilets they need a good scrub,” Max quipped.

However, he was left red-faced when the club owner revealed she was heading off on a night out with a friend instead.

After being humiliated by Ruby, Max walked back into the club to see Dotty Cotton (Molly Conlin) and Vinny Panesar (Shiv Jalota) handing out suspicious-looking canisters.

Max ordered the pair to hand over the illegal items but they refused and pretended not to know what he was talking about.

“Don’t give it all that, hand them over or I’m going to call the police,” Max demanded.

“What for? We ain’t done nothing,” Dotty replied but Max opened her hand to see a silver canister.

“Right, where’s the rest of them? What you two idiots don’t realise is I’ve had a bad night, a very, very bad night,” Max said. “Don’t mess with me, give them to me or I’m going to call the police.”

Dotty eventually hands them over and the pair leave the club but Max may decide the drugs could be a handy way to keep Martin and Ruby apart.

As the new head of security, Martin should have spotted the illegal dealings and Max could paint him in an unfavourable light.

However, will Max go one step further and plant the illegal items on Martin and frame him as Dotty’s accomplice?

EastEnders continues Monday on BBC One at 8pm.