EastEnders fans have been thrilled by the ongoing drama between Keanu Taylor (played by Danny Walters) and Sharon Mitchell (Letitia Dean).

The pair have been engaged in a sexual affair and they could barely keep their hands off each other.

However, their actions have certainly had consequences as Sharon has now fallen pregnant.

Things will come to a head next week when it is revealed someone has kidnapped Keanu.

Keanu discovers the horrifying truth that Sharon is carrying a child, which is very bad considering his girlfriend, Louise Mitchell (Tilly Keeper) is also expecting.

Sharon can barely contain the news and breaks it to her daughter, who is blissfully unaware of her mother’s secret.

Of course, news travels fast around Albert Square and Louise spills the beans to Keanu.

Sharon is mortified to have to confront her toy-boy lover but reassures him the baby is Phil Mitchell’s (Steve McFadden).

However, Keanu’s guilt catches up with him and he insists he’s going to tell Louise the truth about her mother’s baby.

He takes his girlfriend for lunch in a bid to get away from Sharon interrupting their discussion. 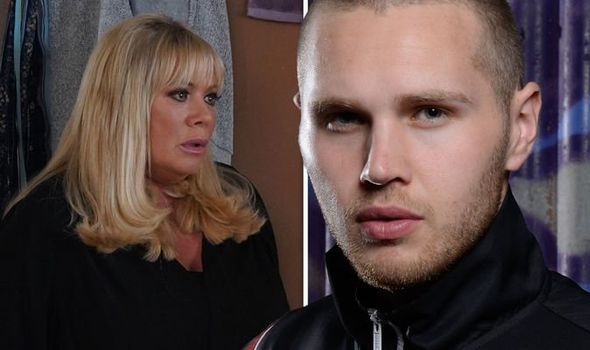 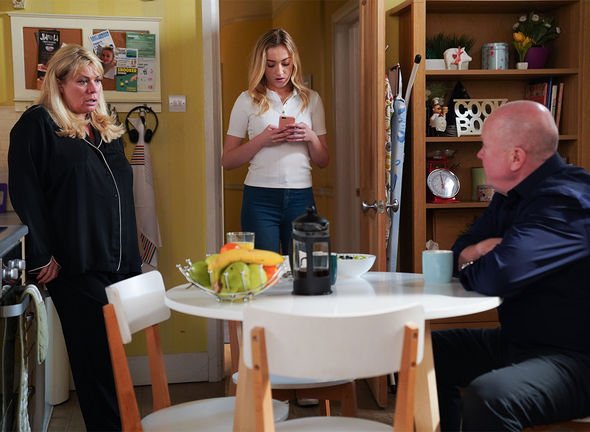 When Sharon can’t locate the pair, it seems Keanu finally revealed all.

According to The Sun, there’s going to be an almighty kitchen showdown when Sharon returns home and is faced with Phil, Louise and Keanu.

It seems she’ll have some explaining to do, but who will pay the price for the lovers’ affair?

To make matters worse, Louise goes for her first scan and a guilt-ridden Keanu fails to show up, leaving her completely devastated.

The publication also writes how Phil will get “bloody” revenge on Keanu for sleeping with his missus. 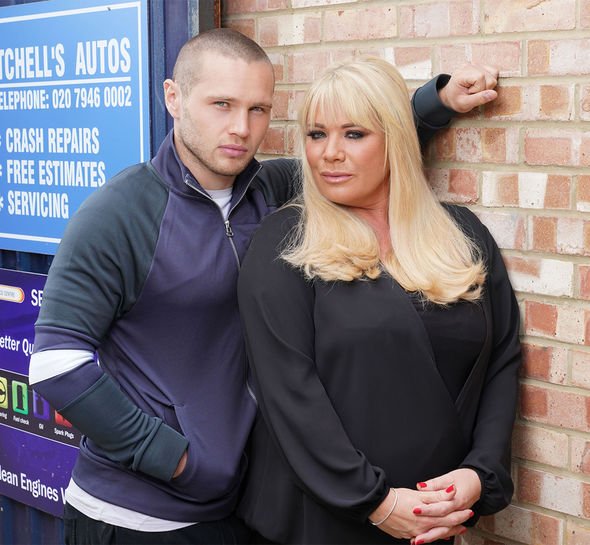 They write: “Phil will go no a bloody rampage when he learns the truth, especially as Keanu has also got Phil’s daughter, Louise, pregnant.

“The randy lothario has knocked up Phil’s life and his daughter!”

All eyes are on what will happen with Ben Mitchell (Max Bowden) and Callum “Halfway” Highway (Tony Clay) after their kiss.

Halfway just got engaged to Whitney Dean (Shona McGarty), but will Ben reveal his secret on the wedding day?

EastEnders continues tonight on BBC One at 7.30pm.