EastEnders: Kathy receives a new match on her dating app

Kathy (played by Gillian Taylforth) has been taking a back seat on EastEnders recently, ever since her son Ian Beale (Adam Woodyatt) mysteriously disappeared after the events of Christmas. However, she is going to be thrust back into the spotlight next week on the BBC soap as she discovers her ex-husband and villain Gavin (Paul Nicholas) has passed away after last being seen on the Square in 2016. But when a newcomer to Walford catches the stalwart’s eye in upcoming scenes, Kathy could be falling for yet another man following a string of failed marriages.

The drama begins when working at the café, Kathy tells her son Ben Mitchell (Max Bowden) that his former step-father Gavin has died.

She goes on to tell him that a memorial service is being held that same afternoon and her youngest child can’t believe she’s going.

There’s one other person the stalwart has to tell and she heads over to the Queen Vic to tell Sharon Watts (Letitia Dean) her birth father is dead.

Having been angry with the villain when she last saw him five years ago, the pub owner shows a hint of compassion as she asks Kathy how he passed away.

However, she is also shocked to discover Ian’s mother is considering going to the memorial service and Sharon tells her Gavin can rot in hell. 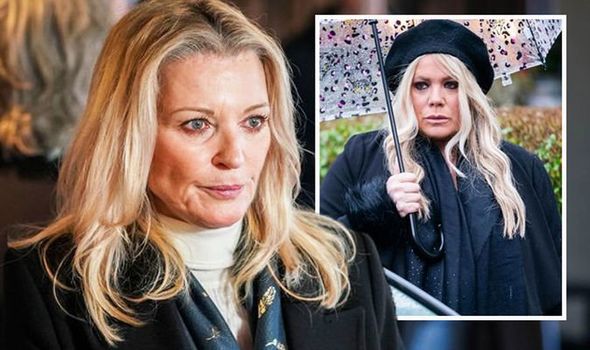 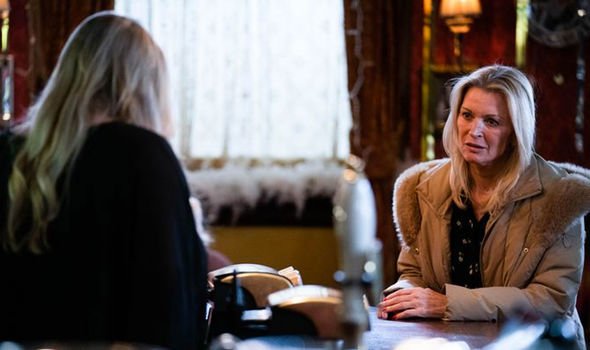 After a conversation with Callum Highway (Tony Clay) about his own father, the landlady does a U-turn and decides to join Kathy.

The two women have had a frosty relationship recently as Ian’s mother believes Sharon had something to do with his disappearance.

Though they are interrupted when newcomer Zack Hudson (James Farrar) makes a scathing remark about Gavin in his first appearance on the weeknight serial drama.

Both of the current Walford ladies are left confused and angry that a stranger decided to make such a scene at the villain’s memorial. 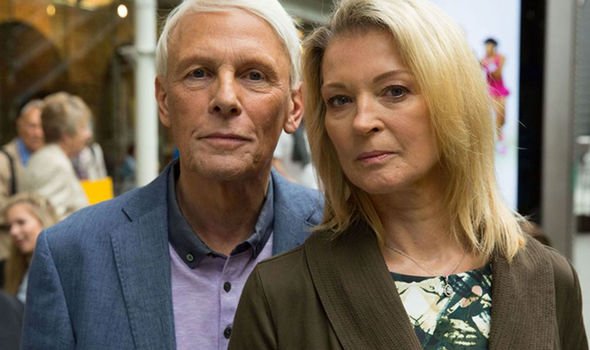 Zack is sure to ruffle a few feathers

Zack swiftly makes an exit as he watches Sharon take her father’s urn and pours Gavin’s ashes into a nearby bin.

However, both women are in hot pursuit of the newcomer as they want to know what his connection to the villain is.

Kathy finds the young heartthrob hiding out in his car and begins to question him about her late husband but he once again leaves the scene.

It was announced earlier this year Zack would be making an impact on the Square as he arrives to stir up trouble.

DON’T MISS…
Lacey Turner opens up on leaving son two hours after he was born [COMMENT]
Adam Woodyatt weight loss: How EastEnders star slimmed down [HEALTH]
Natalie Cassidy weight loss: What she cut out from diet to lose 42lbs [ANALYSIS] 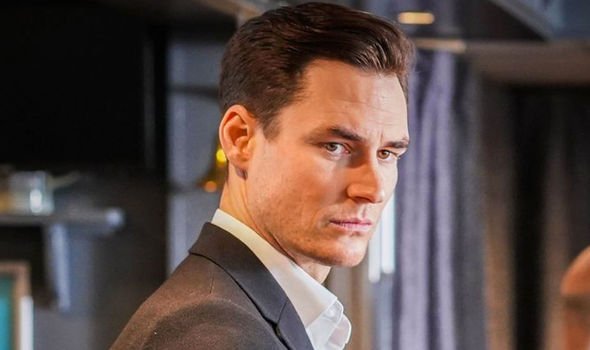 Could one of his first storylines be that he romances Kathy in a new affair plot as she discovers the newcomer is a relative of Gavin’s?

Having fallen for the villain’s charms years before, it could be the stalwart begins to develop feelings for the man claiming to be his son.

It’s not been revealed Zack is actually Sharon’s brother but fans are sure this is what the link could be between the deceased and the heartthrob.

This wouldn’t be the first time the soap veteran has fallen for a younger man, having had relationships with a number of Walford casanovas.

Teasing the newcomer’s arrival, a statement by the weeknight serial drama reads: “Zack Hudson is an unpredictable troublemaker who lives life in the fast lane.

“A lone wolf, Zack had a difficult childhood that has left him determined to never rely on anyone or become too attached.

“Zack is sure to ruffle a few feathers when he arrives,” it continues, describing the heartthrob as a ladies man.

So could it be he will break Kathy’s heart as she ends up falling for his charms, only to be tossed to the curb?

EastEnders continues tonight at 8:35pm on BBC One.